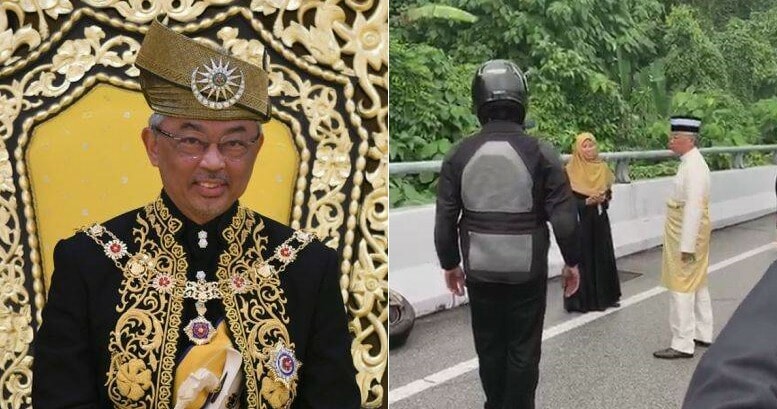 It’s no secret now that our Agong, Yang di-Pertuan Agong Al-Sultan Abdullah Ri’ayatuddin Al-Mustafa Billah Shah is a humble man who goes out of his way to connect with and help his people.

Just recently, The Star wrote that His Majesty once again showed how much he cares for his people as he stopped in the midst of his journey to check on an accident victim. While he was on his way to officiate an exhibition in Muzium Negara, His Majesty came across a Toyota Vios that crashed into a “guardrail along the slip road leading to the Sultan Abdul Halim near Jalan Duta”.

His Majesty and his convoy saw the car, which was crashed by the roadside at around 10.45 am and he got down to check on the victim, who is a lady. HRH was concerned and asked if she was doing alright; he then chose to stay back and spent a few minutes talking to the victim.

After he had made sure that everyone was safe, he made his way to Muzium Negara. After the incident, Istana Negara uploaded a video of His Majesty approaching the accident victim and checking on her onto their official Instagram page.

You can watch the video below:

Of course, His Majesty’s act of kindness immediately captured the netizens’ hearts because they were amazed by the Agong’s urge to check on the accident victim when most of us would probably drive on, completely unfazed by the accident.

On the other hand, Raja Permaisuri Agong, Tunku Azizah Aminah Maimunah Iskandriah – who was present during that time – waited in the car patiently whilst the Agong tended to the accident victim.

On that note, did you know that this isn’t the first time the Agong has gone out of his way to help a civilian who involved in an accident? Exactly one month ago, His Majesty stopped in the midst of his journey and offered help to an accident victim. You can read all about it by clicking the link below.

Also read: Agong Wins Netizens’ Hearts By Going Out Of His Way To Help An Accident Victim in Putrajaya 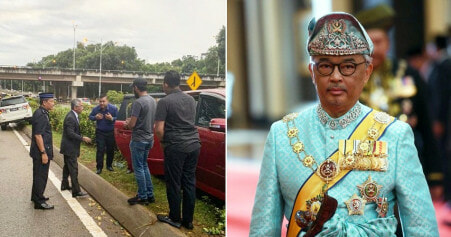