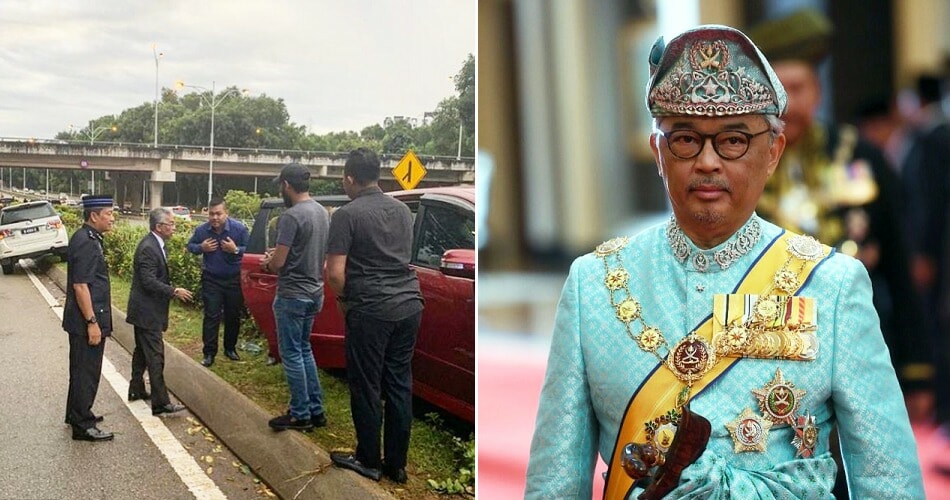 Just last week, the Yang di-Pertuan Agong, Al-Sultan Abdullah Ri’ayatuddin Al-Mustafa Billah Shah, was spotted queuing up in KFC (Kentucky Fried Chicken) as he waited for his turn to order some food.

Recently, His Majesty was again seen doing what every normal human being should do when someone’s in need and that is, helping them, wrote Astro Awani. Today (26 June 2019), the Agong extended a helping hand to a road accident victim at Putrajaya. He is setting an example to the masses!

Prior to that, His Majesty was actually on his way to a pre-cabinet meeting with the Prime Minister Tun Dr Mahathir Mohammad at Istana Melawati, Putrajaya.

Thankfully, Jasliza Jamil – who was involved in the road accident – escaped the almost fateful incident and she did not suffer any serious injuries. Phew, thank goodness! 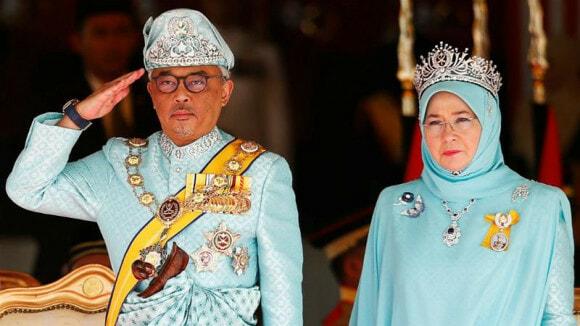 The Agong then continued his journey back to Istana Melawati for the pre-cabinet meeting after helping the victim and ensuring that she’s alright. Following that, His Majesty’s pictures of him leaving his official vehicle and rushing to lend a helping to the victim were uploaded onto the Istana Negara’s official Instagram page.

The post, which has now garnered over 3,000 likes, was accompanied by a caption that read,

“His Majesty Seri Paduka Baginda The Yang di-Pertuan Agong this morning extended a helping hand to a traffic accident victim in Putrajaya.”

“His Majesty was on his journey to Istana Melawati, Putrajaya for a pre-cabinet meeting with YAB Prime Minister when the motorcade stumbled upon the accident.”

You can take a look at the post below:

Naturally, after the post by Istana Negara went viral, many netizens were amazed by the Agong’s kindness and applauded him for going out his way to help a civilian.

The netizens lauded His Majesty for being the King of Hearts and for putting his people first, beyond anything else. They also pointed out that the Agong has, in fact, inherited the charitable heart of his late father. Awh, that’s nice.

Here are some of the netizens’ comments on the Agong’s unlimited love and kindness for his people: 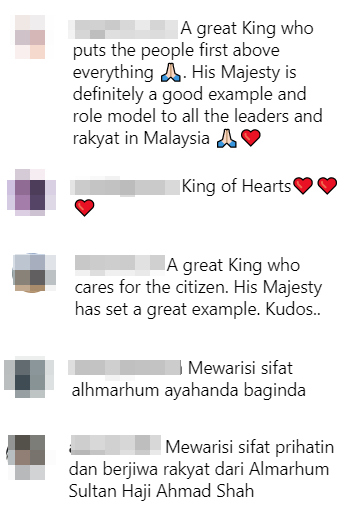 Well, we couldn’t agree with them more! 😊

That said, we would like to thank His Majesty for aiding the accident victim when she was most in need of help. On that note, we all should take a page out of the Agong’s book and reach out to people who need help as he did with the accident victim. 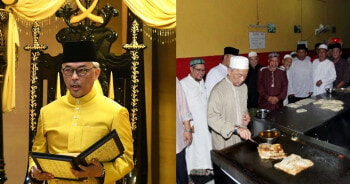