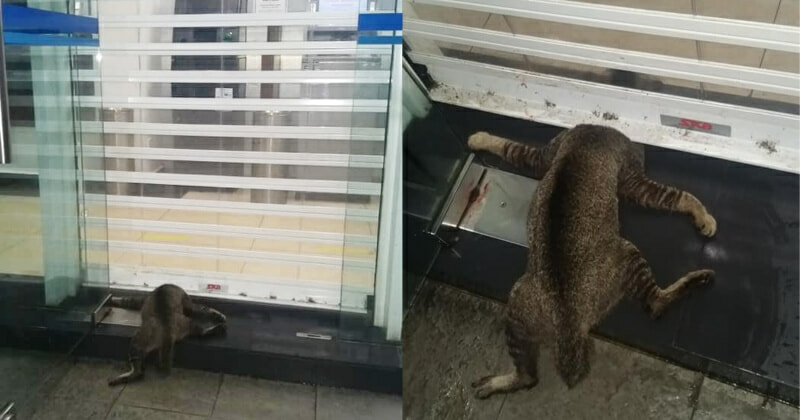 Animal cruelty has sadly become something of a common occurrence in Malaysia. From people shooting stray dogs to others poisoning stray cats, there’s no telling when another incident will strike.

The Malaysia Animal Association took to their Facebook page to showcase an incident at a bank in Johor, where a cat had been pinned by the neck by the closing shutters, causing its death.

The post wrote, “The incident of a cat’s death after it was stuck in the roller shutter of a bank has the element of treachery! This case of death seems to have been deliberately done by holding the cat while the roller shutter was slowly closing down the ATM space.”

“The reason why this seems like it was done by a person is because cats are intelligent enough to know when they need to move out of the way. Also, the sound of the shutter would have been enough to scare the cat away. 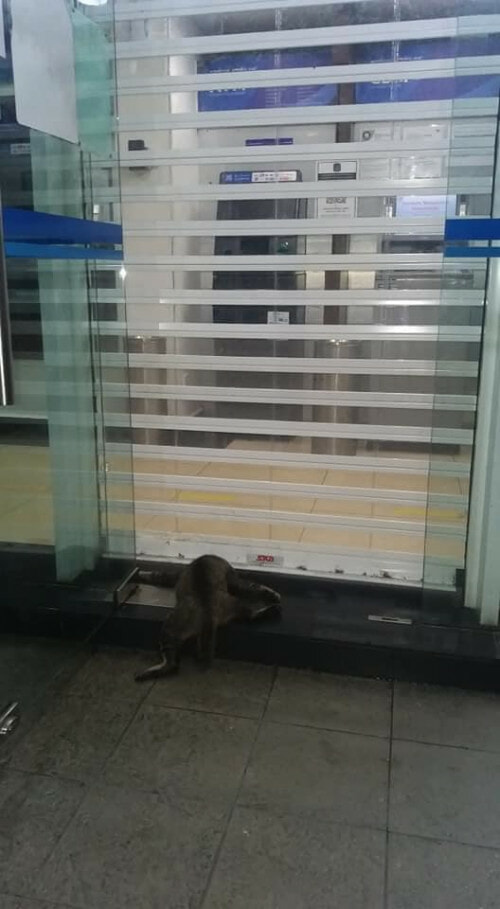 “Cats will not wait in one location if there is noise. Of course the sound of the roller shutter loudly descending will surprise the cat and it will run away. This was as if the cat’s body had been deliberately held until its neck was pinned,” they added.

This incident was reported at around 4:30am, at a bank in Taman Tampoi Utama.

In addition to expecting CCTV footage from the bank to witness what actually happened, any individuals who saw the incident is asked to assist with finding the perpetrator by sharing information with the Malaysia Animal Association via WhatsApp at +601120901097.

“Quick actions and teamwork can provide justice to the cat if wrongdoings are detected.”

Also read: Penang Lady Cries and Begs Elderly Man to Release Cat Instead Of Killing It 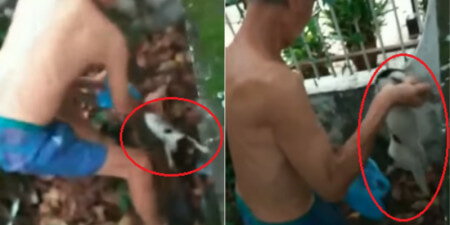