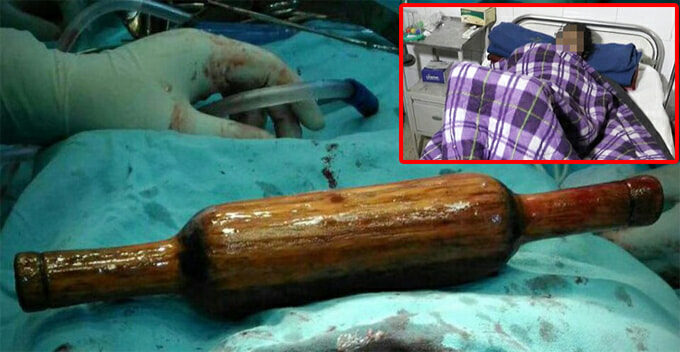 On Christmas day, a 38-year-old woman was admitted to Dr Sushila Tiwari Government Medical College Hospital, Haldwani, in Northern India. She complained about having severe abdominal pain and swelling to the doctor, DailyMail reported.

The doctors then performed x-ray on her but failed to find anything that was causing the abdominal pain. Eventually, a team of 5 doctors performed an operation and pulled out a 40cm rolling pin from her intestines.

“We were very shocked. We did not expect anything like this. We could only see a shadow in the x-ray as wooden materials cannot be identified.”

“The internal damage she suffered was very serious and she could have died. The size of the rolling pin was around  40cm long which is a big size to be inserted into a human body,” said Dr. Shahi. 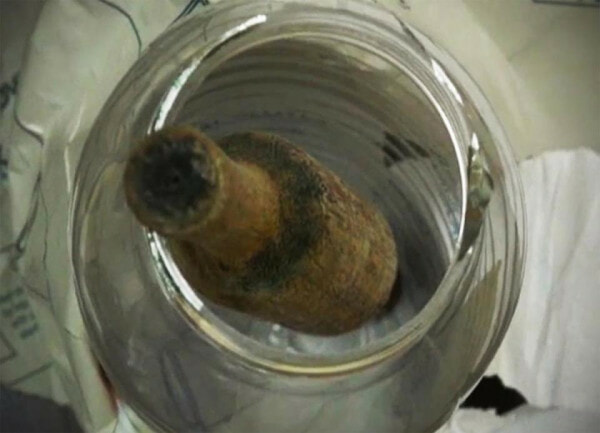 After the operation, Amita Lokhani, the vice-chairperson of National Commission of Woman, and the police were alerted because the victim refused to explain to the hospital.

“The woman was in a terrible condition when I first visited her. She was not only in pain but terrified to speak to anyone. I tried asking her what had happened but she did not say a word and kept crying. Her husband was present at the time,” said Amita.

“I continued visiting her for three days and eventually she opened up on the third day while her husband was away. She told me she was infertile and her husband often tortured her,” Amita added.

According to The Sun, the victim told Amita that her husband came home drunk on December 22 and tortured her again. He inserted the 40-cm rolling pin into her body through her anus and threatened to kill her if she says a word. 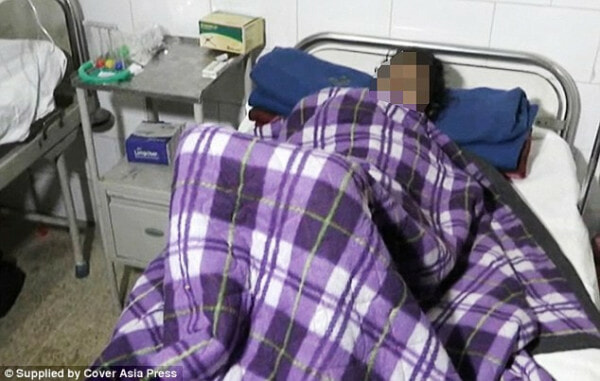 “He kept her locked in the house for two days until her condition worsened. He brought her to the hospital on December 25. However, he went missing after we started investigating the matter,” said Amita.

Senior Superintendent Janmejaya Khanduri of Nainital Police said that the husband will be charged with rape and grievous bodily harm under Indian Penal Code.

“Her husband is currently on the run but we have deployed a team of officers to catch him,” said the police.

The victim is receiving her treatment at the hospital free of charge and likely to be discharged next week.

“She came to us in a very poor state and was affected badly with septicaemia. Her life was in grave danger but she is currently doing well and we’re positive she will make a recovery. She’s been a very brave lady,” said Dr. Shahi.

The pain that the lady braved through is beyond comprehension. It’s baffling how a human can commit such cruelty to another human. The team at World Of Buzz wishes a speedy recovery to the brave lady.