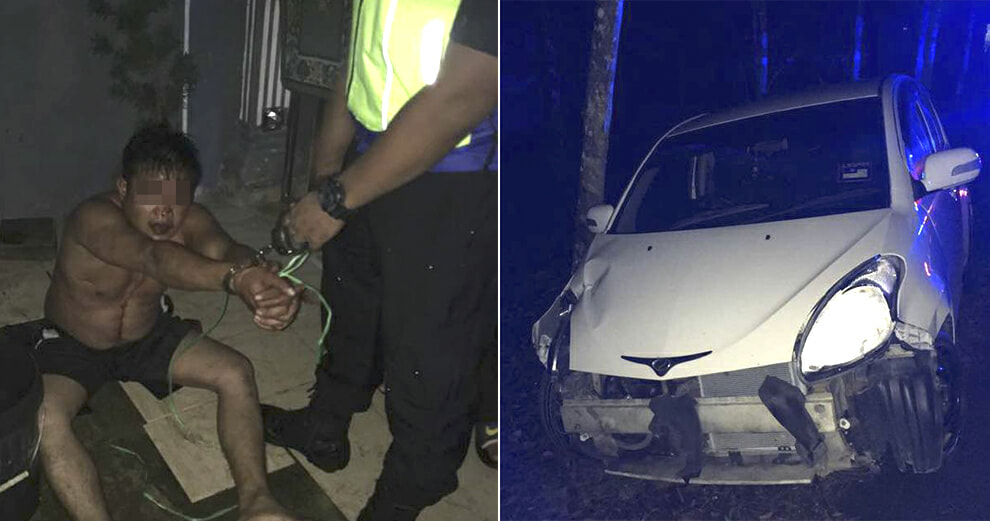 On July 20th, a Malaysian teenage girl was shockingly kidnapped by a man when she was walking with her friends. This incident happened in Kota Tinggi, Johor at 8.45pm.

According to Oriental Daily, the 15-year-old girl was walking with her friends in front of a grocery store in Bukit Samsu, Kota Tinggi when a white Perodua Myvi suddenly pulled up beside them. The abductor who acted solo then forcefully pulled the victim into the Myvi and fled the scene.

Luckily, the teen noticed that the doors were unlocked. Desperate to free herself, she bravely opened the door and jumped out of the moving vehicle. She sustained scratches on her arms and legs due to the daring jump.

That was when karma came into play because the man panicked and lost control of his vehicle. He ended up crashing into a tree which drew the attention of nearby locals. Soon after that, members of the public apprehended the kidnapper and handed him to the authorities. 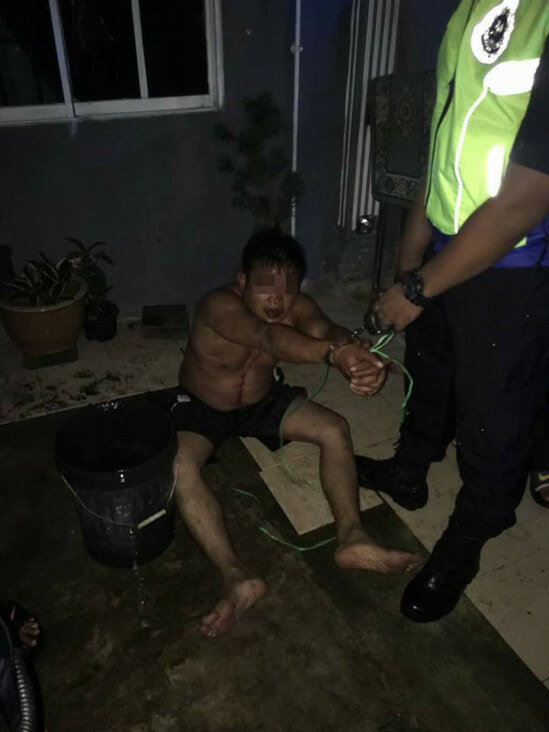 According to the police, the culprit was a 34-year-old Malaysian man who had committed two counts of drug-related offences in the past. He was confirmed to be under the influence of drugs while committing the kidnapping.

This case is currently being investigated under Section 363 of Penal Code for abduction. The man will face seven years of imprisonment along with a fine if convicted.

Kudos to the members of the public who risked their safety to nab the culprit! Our country needs more people like them! 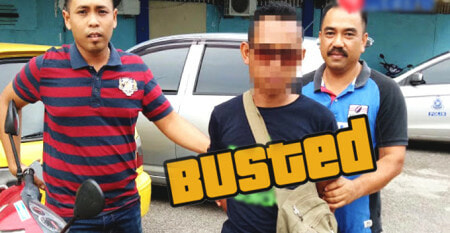