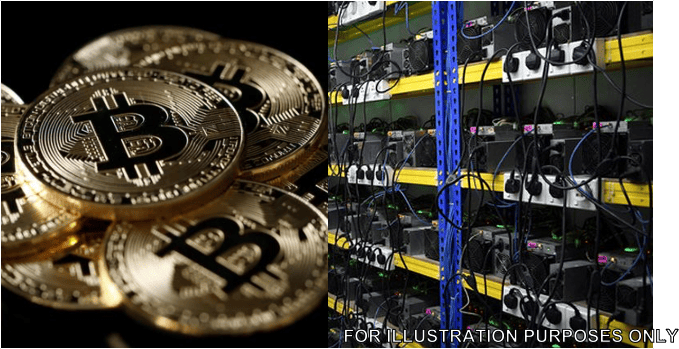 Thanks to a break-in report done by the premise owner himself, the police has managed to uncover an illegal bitcoin mining operation and seized 149 machines worth RM150,000 at a shophouse in Bandar Baru Farlim.

The owner, as reported by Malay Mail, made the report to the police after received a security warning on his mobile phone that his shophouse was broken into. He then rushed to the place and saw seven men fleeing in a van and car. Timur Laut district police chief ACP Soffian Santong explained,

“Acting on the report, the police detected the van on the Tun Dr. Lim Chong Eu Expressway at 4.30pm and arrested two men, aged 34 and 37, as well as seized three computer components, believed to be stolen from the shop house.”

Things took a different turn for the premise owner when the police went to the crime scene and saw that the premise was being used as an illegal bitcoin mining den and the syndicate was stealing electricity to power the whole operation.
The police seized 148 bitcoin mining machines worth up to RM150,000 and the premise owner with two of his friends were detained for investigation. TNB also shared that the syndicate has caused the company to lose about RM180,000 in four months of the illegal operation.
Also read: Man’s Fiancée Leaves Him After He Loses All Their Wedding Funds By Investing In Crypto