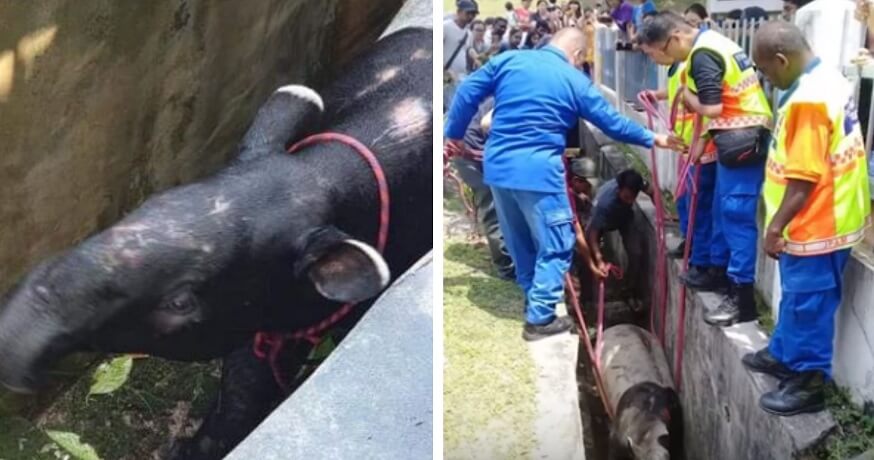 We all know that tapirs are herbivorous animals that inhabit the jungles or forest regions, but this tapir gave a shock to the residents of Kota Kemuning, Shah Alam as they recently caught sight of it roaming around their residential area.

According to The Star, a tapir believed to have wandered away from a jungle was spotted munching on some bushes and plants around 7am on Sunday (March 3).

However, after noticing that residents were watching it, the tapir became frightened and started to run away.

A video recording of the incident was filmed by a motorcyclist who spotted the tapir in the early morning around the residential area. The herbivorous animal can be seen getting increasingly frightened as it began to notice people were watching it.

Later, in the same video, the tapir can be seen running through some plants during the day and then it escapes through the white fence of a backyard. A photo later shows the tapir stuck in a drain after it had presumably fallen into it. Oh no! 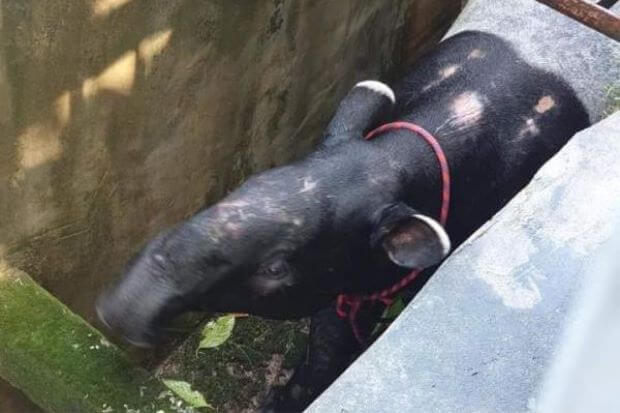 Director of Selangor PERHILITAN, Abd Rahim Othman said that about 12 members arrived at the scene after receiving calls from residents. He was quoted as saying,

“Upon arriving at the location, a tapir was spotted struggling in a drain next to the residential area.”

“The tapir had sustained minor injuries around its body parts. Veterinarians were also at the scene to treat the animal before the extraction took place.” 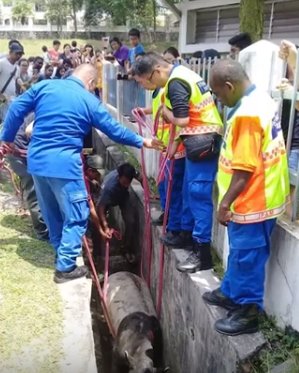 He also added that the rescue operation ended around 2.15pm, which was assisted by the Malaysian Defense Force (APM) Klang and Majlis Bandaraya Shah Alam (MBSA). The tapir has since been sent to the Sungkai Nationality Rescue Center (NWRC) in Perak for further monitoring and treatment. Bravo, officers!

“Investigations are still being carried out and the tapir’s habitat is believed to be in Jugra, Kuala Langat, which is roughly 32 kilometers from the residential area. Tapirs usually cannot see clearly during the day which may have caused the animal to fall into the drain,” he stated.

With that said, we thank the officers and residents for a job well done. We hope the poor animal will be sent back to its home and quickly recovers from its injuries! 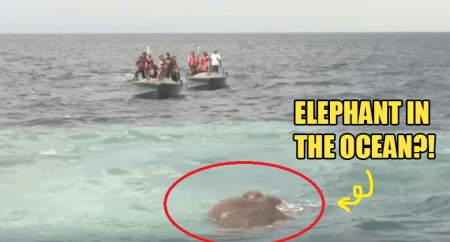