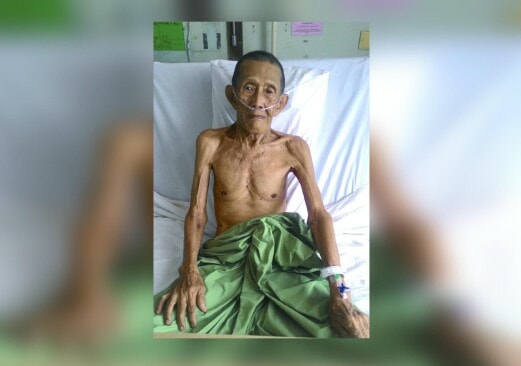 Abdullah Misdal Abdullah, an elderly gent is now bedridden in Ward 2C at the Teluk Intan Hospital and stated that all he wants before he passes is to be able to see his four kids as well as his grandkids. The man from Kampung Air Hitam admits to the media that he misses his kids dearly.
It’s been four years since he last saw his kids as they don’t return for the Raya holidays anymore! All his kids are already grown men now. His eldest son, who is 63, was last known to reside in Sabak Bernam, Selangor, the second son, 60, should be in Felda Besout 4, Slim River, the third son, now 50, is said to reside in Felda Serting Hilir, Negeri Sembilan, and the location of Abdullah’s last son, now 40, is unknown. 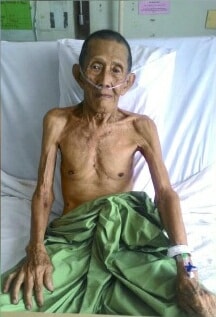 The Department of Irrigation & Drainage retiree is admitted for diabetes, high blood pressure as well as prostate and hearing issues.

Translation: I’m not angry that my kids don’t come to visit, I just want to meet them even if it was just for a while before I shut my eyes for the last time.
Hope his children will be able to see the news and fulfill the man’s last heartfelt wish.
ShareTweet