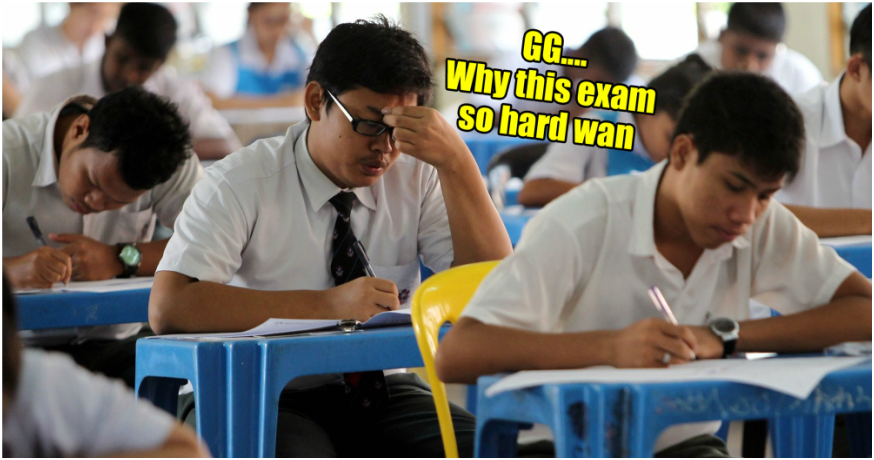 If you’ve entered the working world and are on the way to becoming a full-fledged adult, there’s a big chance that you probably really miss your past school life. Of course, being an adult has its perks, but things were definitely much simpler back when we were still in school worrying about exams and what to eat during rehat time. Of course, not forgetting the types of crazy classmates we all used to have.

Chances are, these are some classmates you’ve probably been friends with before: 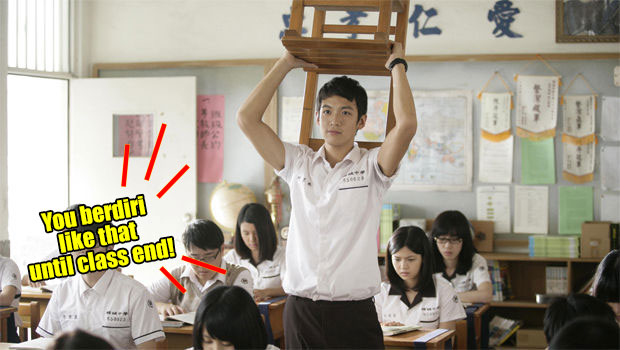 They don’t tuck in their shirts, they have too many piercings, they wear jewellery, their fringe isn’t clipped up, their socks are too short, and the list goes on. They get into trouble almost every day but the following week, it’s back to square one again.

2. The classmate(s) who ponteng like nobody’s business to go CC (Cyber Cafe) 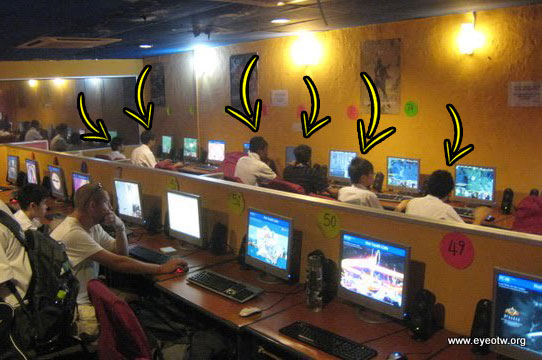 Some of our friends skip school so much that it’s often a surprise when we actually see them attend class. Tsk tsk!

We do not condone such activities btw! Stay in school and study hard, kids.

3. The classmate who always says “GG” after an exam but ends up getting straight A’s 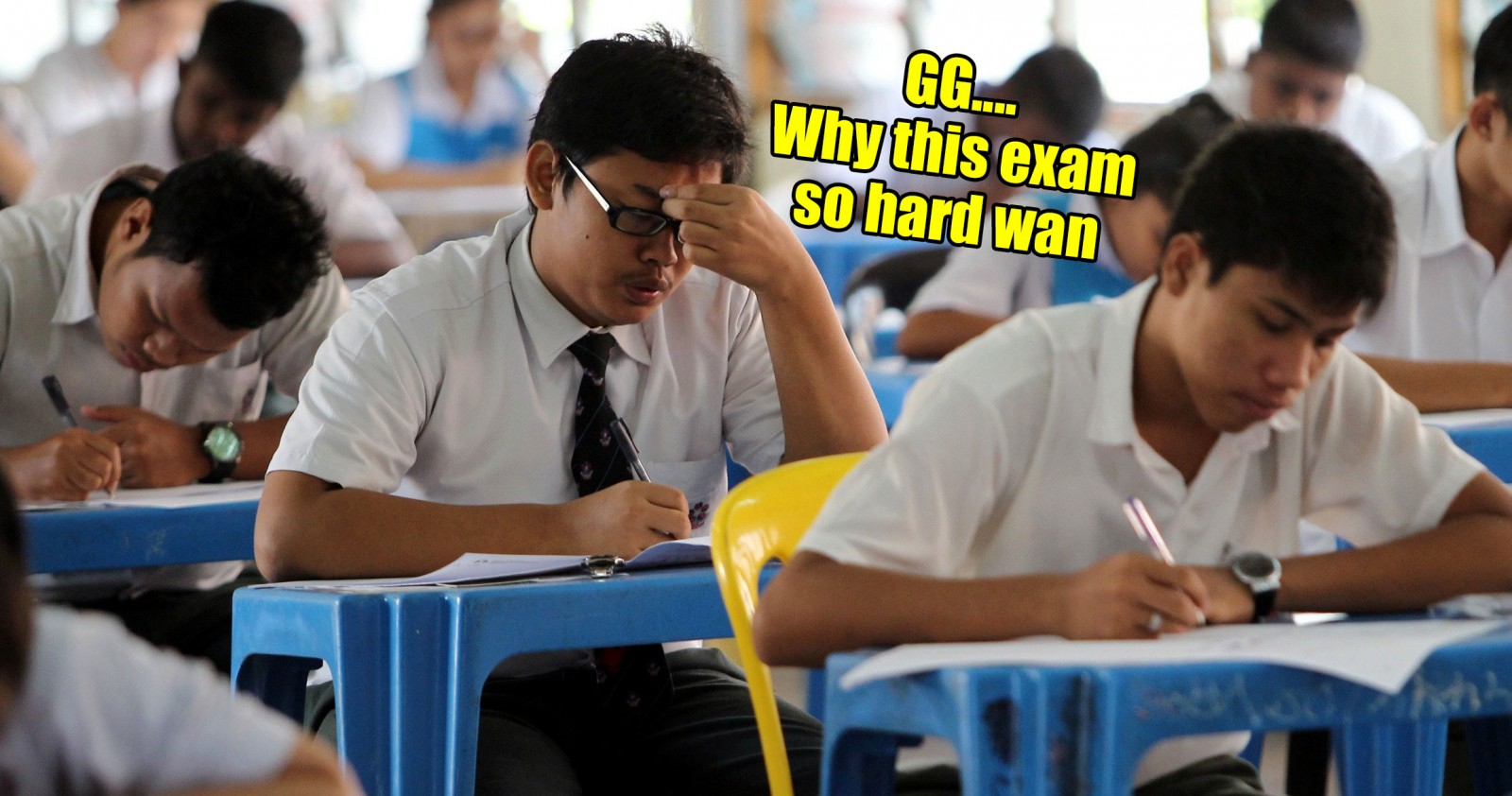 Sometimes they even look like they’re about to cry after exiting the exam hall and complain about how the paper was “too hard”. But when the results are out, they still get straight A’s! Life is unfair.

Some even complain that they could’ve done better, padahal, they’d score 89 per cent. What even?!

4. The classmate who always needs a teman when going to the toilet 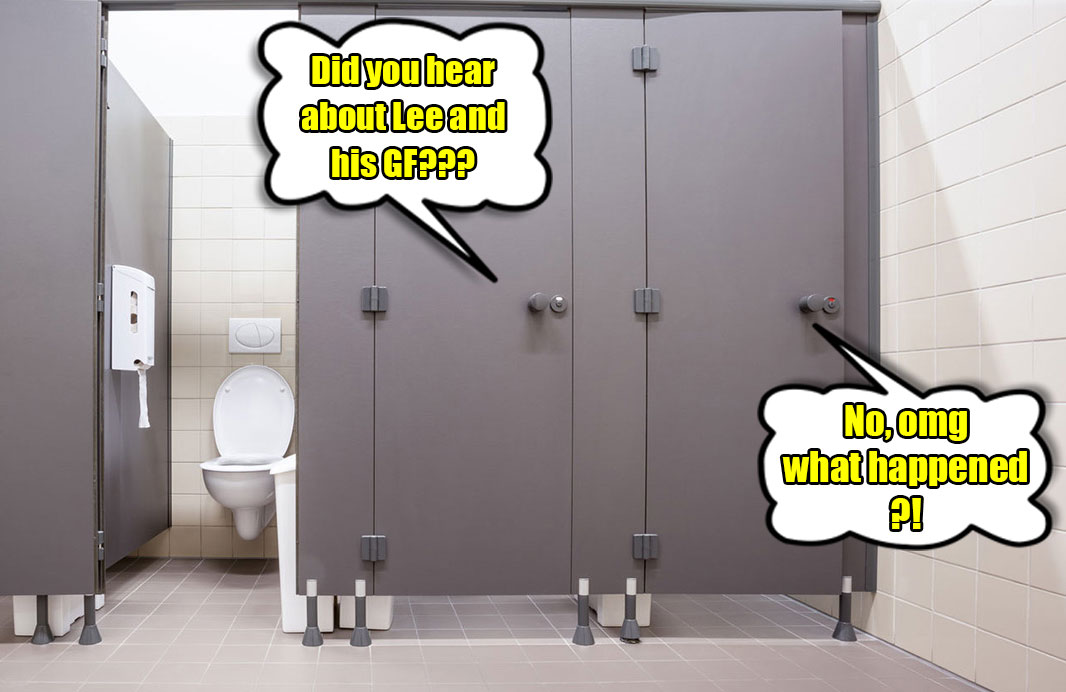 This probably applies more to the female classmates. Walking to the toilet alone, no matter how near or far, is almost unheard of. Plus, it’s the perfect time to catch up on some gossip.

5. The fashionable classmates who tailor-made their uniforms in high school to look more on-point 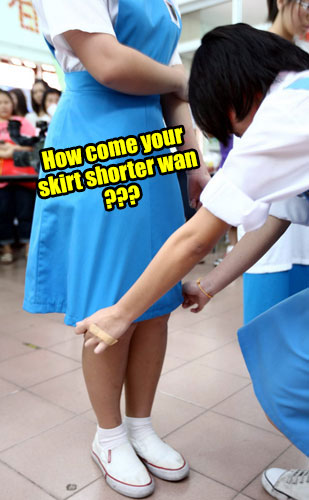 We all had that friend who sent their pinafores or school pants to a tailor to adjust and make it more fitting for their physique. These are also the friends who occasionally got in trouble for making their skirts or pants too short. Remember when bell-bottom pants were a thing?!

6. The classmate whose schoolbag was thrice their size 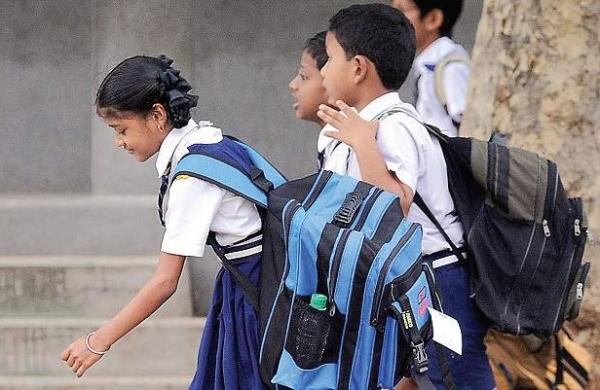 The bags were so big and heavy it was as if they stuffed bricks in their bags! And then there’re students with only one pen and a notebook in their bags. How come like that?!

7. The classmate who’s never on time for school 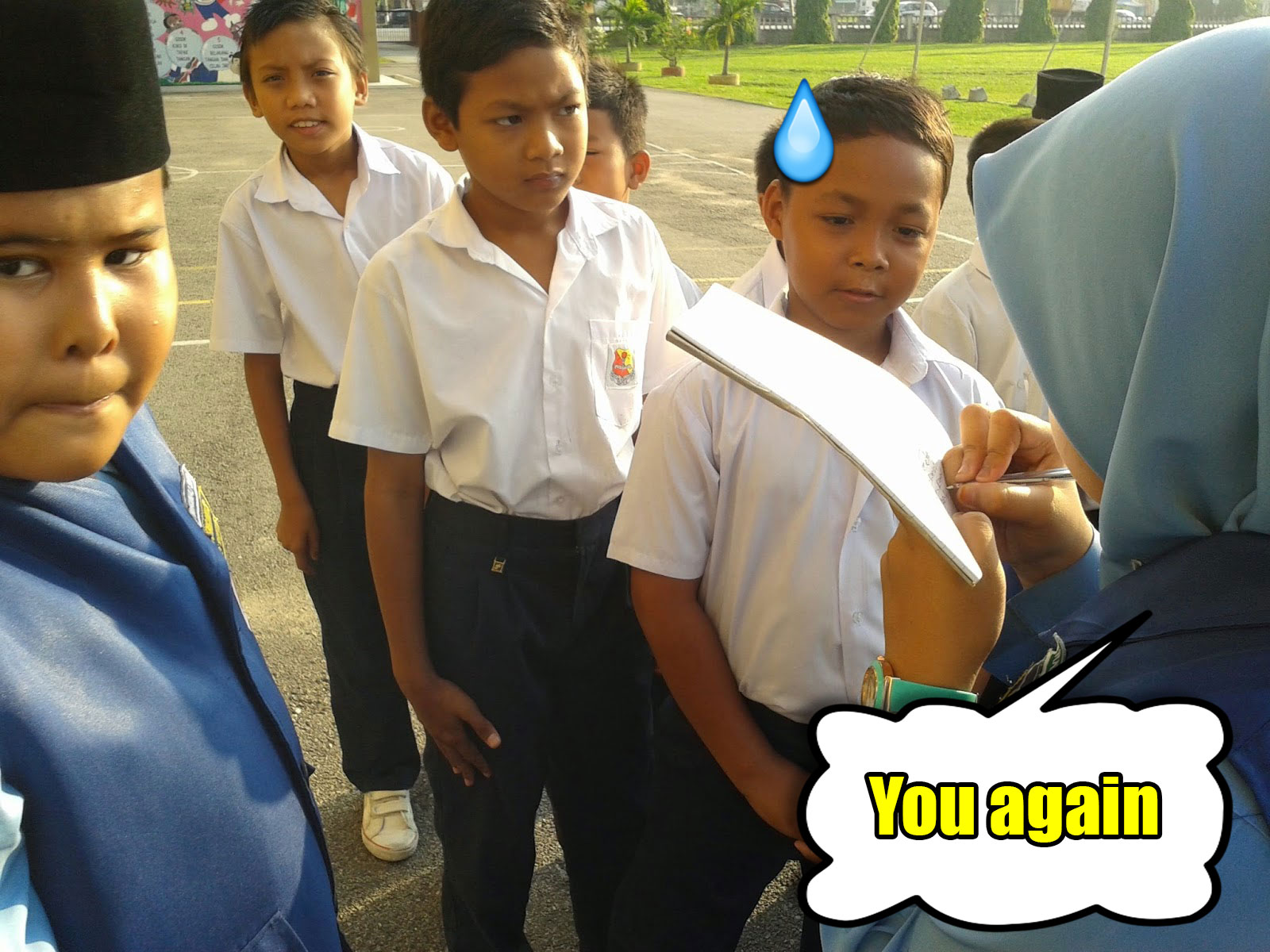 They either overslept, or missed the bus; either way, they’re always the ones stuck at the main entrance getting their names taken down by the pengawas on duty.

8. The pengawas friend who always helps hide your ‘illegal’ stuff during spot check 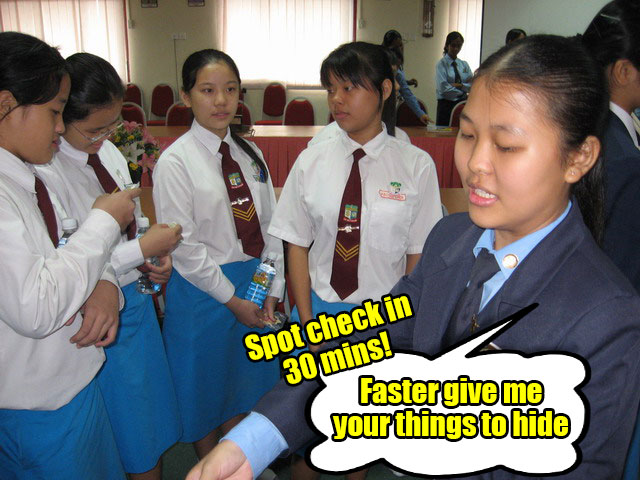 Whether it’s your phone, playing cards, magazines, you name it. This pengawas friend can hide it all for you! They even warn you beforehand so you’ll have time to hide the ‘illegal’ stuff yourself.

Y’all the real MVP! When a friend actually risks their position as pengawas to help you, you know they’re the ultimate BFF. Real friendships face many trials but at the end of the day, true friends will stick around no matter what. They’ll go through thick and thin with you.

If you want to see what it truly means to put your friendship to the test, you have to check out the third and final installment of the Maze Runner trilogy. That’s right, we’re referring to Maze Runner: The Death Cure. Check out the trailer below:

The story revolves around Thomas and the rest of the escaped Gladers who’re on their most dangerous mission yet: rescuing their friends from the legendary Last City, a WCKD-controlled labyrinth. Watch as this group of friends risk everything to save one another and escape the maze.

Maze Runner: The Death Cure releases in cinemas this 25 January. Make sure you get your tickets!

Find out more about the film here!