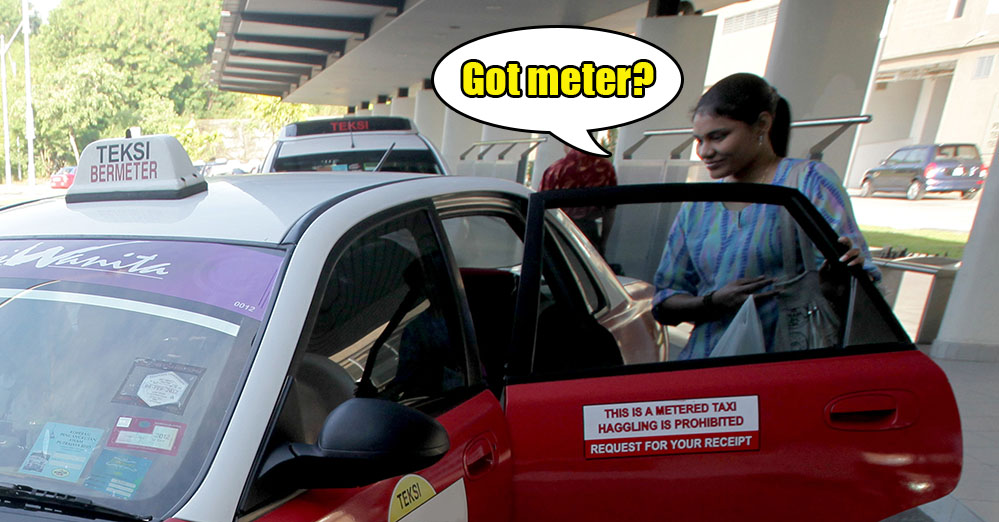 With the advent of technology, even if a lot of us don’t drive, we’re probably using ride-hailing apps too. However, years ago before such apps were created, most of us would have had to take a taxi at some point. In fact, some of us still rely on traditional taxis even now.

For your amusement, besides the “NO METER” issue, here’s a list of things that all of us who have taken a taxi would have definitely gone through.

1. When the taxi meter price keeps increasing but you’re nowhere near your destination

By law, all taxis are supposed to turn on and follow the rate of the meter. It’s pretty simple and it’s great to see a lot more of them actually doing it. But what’s stressful though is when you see the price constantly bouncing higher and higher on the taxi meter but your destination is nowhere in sight!

2. When you’re waiting in line for a taxi and hoping you get the newer one

Come on, who wants the ‘kolot’ one rightttt? After all, the older taxis tend to not have a working air-cond and may have various suspicious stains everywhere.

So, you just stand there, hoping you’d get the newer vehicle like you’re going to win a lucky draw.

3. When the taxi driver refuses to take you because of traffic jam

You understand that traffic jams can be a hassle for everyone but if you’re willing to pay, there’s no reason why they shouldn’t take you to where you want to go, right? 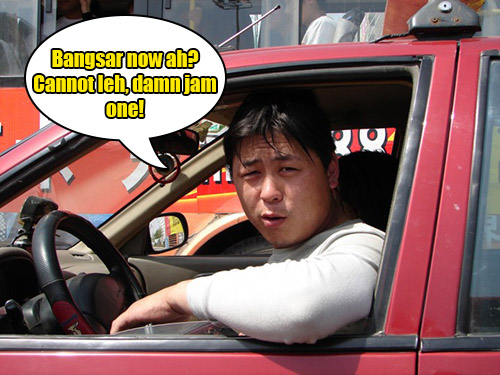 Plus when is there no jam in Malaysia?

4. When you get a taxi driver that is ‘busybody’

Most of us think that the taxi driver is just being friendly lah. Malaysian hospitality lo but that is before the millions of questions come your way. Ranging from “Dari mana?” to “Dah kahwin ke belum?”, you’ll be wondering how much you can actually pay NOT to answer those questions.

5. Hoping that they actually know where they’re going…

Before Waze and Google Maps came into the picture, everyone used maps or had to remember the different routes that they usually take. 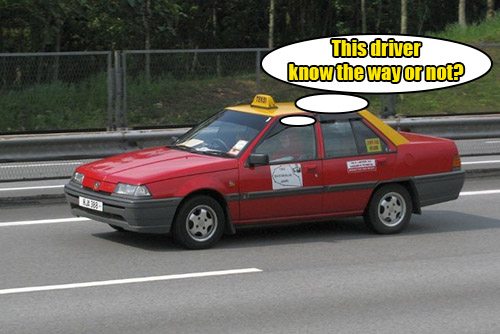 However, there are taxi drivers who aren’t quite sure about where they’re going and this can cause a lot of headaches, especially if you’re already running late for your appointment or even your date! This would usually lead you to…

6. Showing them the way when they don’t know where to go

Yeap, when it reaches that point and they say… 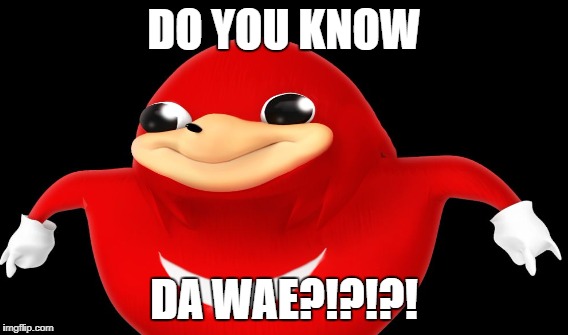 You sigh and all you can do is lead them in the right direction. If you’re lucky, it’s the way to your house. If it’s a new place you’ve never been to before, haiyoh, just hope and pray that you can figure it out eventually!

Perception usually leads us to believe that it would generally be the younger drivers who do drive recklessly, but truth is, you haven’t really lived until you’re this close to a heart attack in a pakcik’s taxi.

8. Always wishing you had a ‘sporting’ taxi driver

You do get the ocassional decent taxi driver who will make the ride a breeze for you but you secretly do hope for one that is a bit more on the ‘sporting’ side lah. A cool guy (or girl) whom you’d get along with and wouldn’t mind layan-ing your little requests. Basically, you want what Dopinder and Deadpool have.

Yeap, who can forget (or get enough of) the awesome bromance that exists between everyone’s favourite taxi driver and the wise-cracking hero himself?

If you can’t wait to see more of them, well, Deadpool 2 is hitting cinemas this 17th May. So, remember to watch lah!

The sequel features Deadpool protecting a young mutant from the time-travelling soldier Cable. Of course, there’s going to be cool moves, quick comebacks and maybe even some chimichangas.

Besides Ryan Reynolds, the stellar cast also includes Josh Brolin, Morena Baccarin, and Zazie Beetz amongst other badass characters. So, book your tickets, wear something red and get your katanas ready because you definitely don’t want to miss this film! 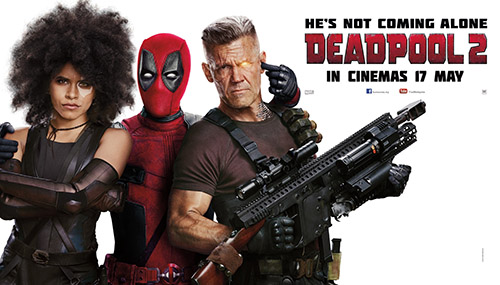 Want more info on Deadpool 2 and other awesome movies? Take a look here and here.