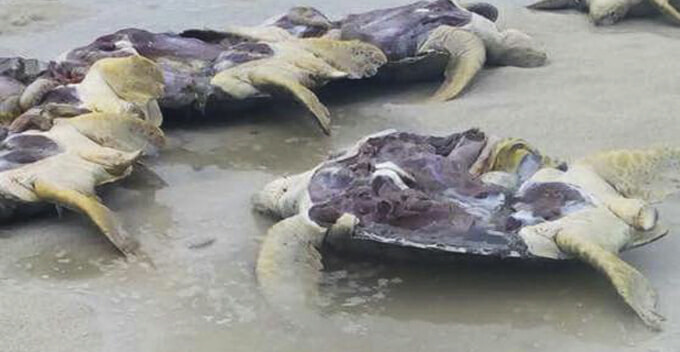 Whoever did this, we sure hope the authorities would put them behind bars for a very long time.

Just yesterday, a disturbing picture of several dead turtles lying on the beach has been making its rounds on Facebook. This unsettling animal killing allegedly took place in Bum Bum Island, near Semporna in Sabah. 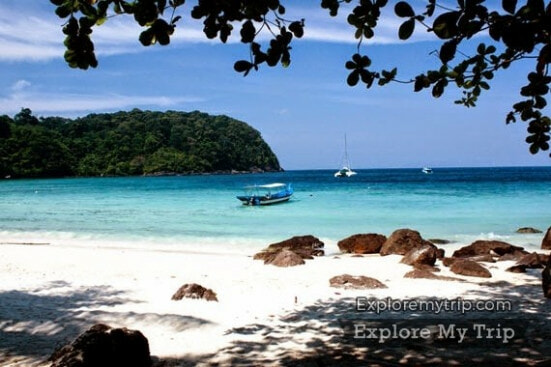 It was reported that a villager spotted some suspicious objects on the beach. Upon closer inspection, the objects turned out to be dead green turtles, which are listed as endangered species. They have been gutted and their plastrons were missing.

Eight out of nine green turtles in the picture have been butchered with their shells intact. It is believed that the person who did this was after their eggs. The carcasses were discarded by the beach after the eggs were retrieved. How cruel! 🙁 “He confirmed that he took the photo yesterday. He sent the photo to his nephew who posted it on Facebook,” Augustine said.

Following the incident, rangers from the Sabah Wildlife Department have been dispatched to Semporna to carry out an investigation.

Just last month, four Filipino fishermen were caught red-handed for possessing green turtle parts such as meat, skin and shells. They were fined and sentenced to prison.

Therefore, Augustine did not dismiss the possibility that this latest animal cruelty was also done by Filipino fishermen.

After the picture went viral on social media, netizens were upset and urged members of the public to stop consuming turtle eggs.

“These innocent turtles were gutted and discarded by the beach just for their eggs. If we stop eating them, there wouldn’t be any demand. Let’s do our part to save the turtles!” a concerned netizen commented.

The authorities need to beef up their patrol especially near areas where turtles are often spotted. Something needs to be done or else they will become extinct in near future.