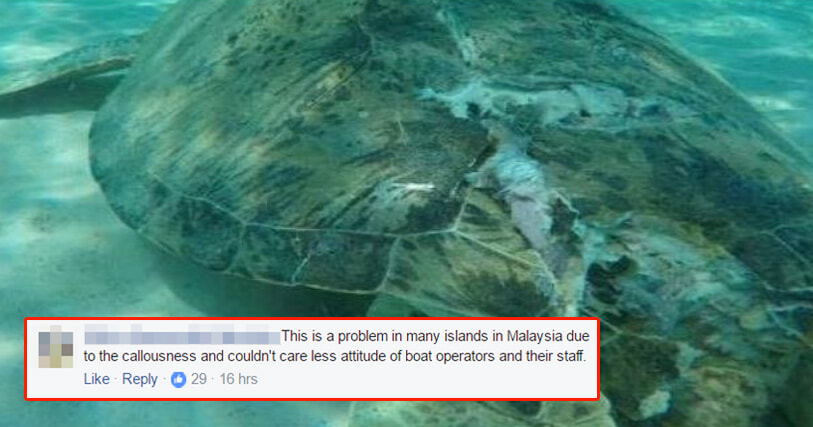 According to The Star, a resident turtle at Perhentian Island’s Turtle Bay was sadly killed by a boat propeller on Saturday (17th June).

The turtle named Vicky was spotted in Teluk Pauh in Pulau Perhentian Besar by snorkelers who were guests at the Perhentian Island Resort. They reportedly saw the injured turtle at the bottom of the sea, barely moving at all.

Upon spotting the injured 25-year-old turtle, the snorkelers immediately returned to the resort and informed a non-governmental organisation, the Perhentian Turtle Project. 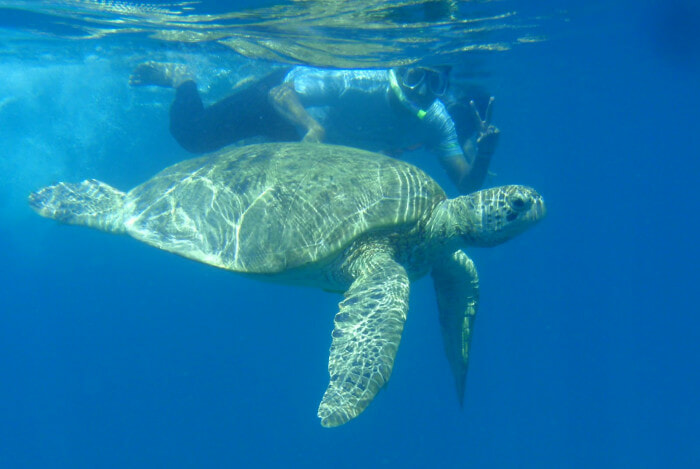 Apparently, moments before the snorkelers went into the water, they reportedly saw a boat speeding near where Vicky was found.

“According to the WhatsApp message sent by the guests, the turtle was hardly moving,” said Perhentian Turtle Project leader Wan Zuriana Wan Sulaiman.

“Earlier, they saw a boat zooming past, stopped in the middle of the water for a moment, and then continued moving.”

Sadly, the NGO failed to reach the injured turtle in time, as it was already dead when they arrived at the area.

“He had a big boat strike on his carapace. We think the strike was too severe,” said Wan Zuriana. 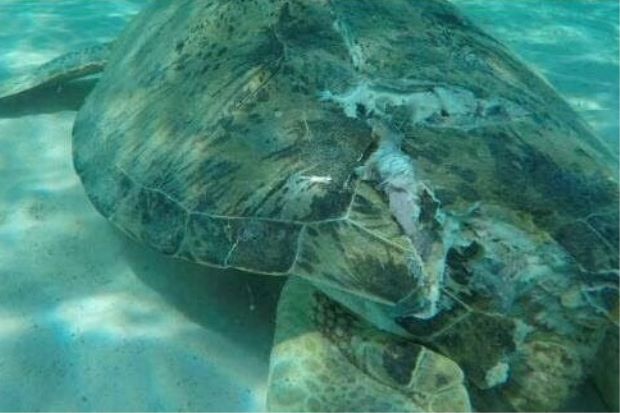 A necropsy found that the turtle’s shell was cracked by a boat propeller and its lungs were hit. They also discovered a fishing line in Vicky’s stomach, which they suspected was ingested along with seagrass.

Sadly, Vicky was the second turtle to die from a boat strike this past year. Wan Zuriana said,

“Many others get hit by speeding boats. We have seen turtles with scars and cracks from the impact of boat propellers, but Vicky was the most severe case so far.”

News of the turtle’s death sparked outrage among Malaysian netizens, many of them outraged at the negligence and carelessness of boat drivers.

We hope the authorities take action to prevent these incidents from recurring. We need to be more careful to protect these poor animals! 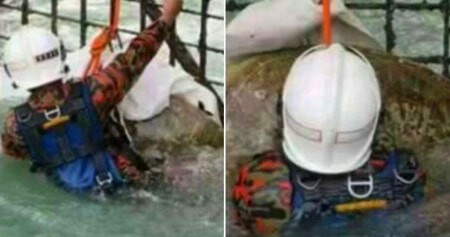