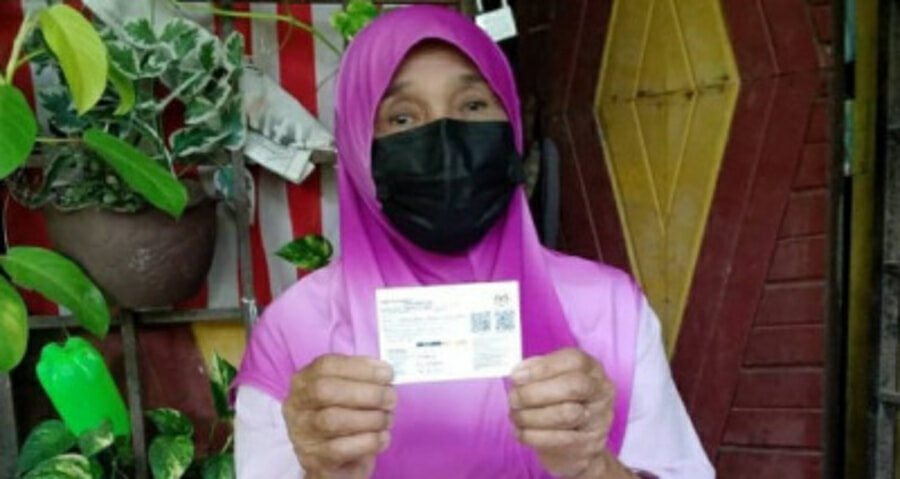 As a result of a broken-down motorcycle and not wanting to delay the Covid-19 vaccine injection, a senior citizen was willing to walk about three kilometres from her house in Kampung Pasir Hor to get the injection at the Kompleks Balai Islam, Lundang, last week.

Sinar reported that Siti Meriam Sulong, 76, said she remained enthusiastic despite having to walk for almost three hours to the Vaccine Center (PPV) location on Tuesday (June 1), after the motorcycle belonging to her son Suhaimi Husin, 42, broke down. According to Siti Meriam, she was supposed to receive the first dose last month but had to turn down the appointment due to transportation problems. She elaborated,

“On the day of the new appointment, my son’s motorcycle broke down again, but I still held it together and headed to the PPV on foot because I did not want to delay it anymore. I left the house at 10am because my appointment was around 1.30pm and I arrived at the Kompleks Balai Islam Lundang at 1pm.”

The mother of four children, aged between 42 and 50, said that when she arrived at the Kompleks Balai Islam Lundang, she asked the permission of the nurse on duty to rest first. She also mentioned that the staff at the PPV also helped to book a cab and paid for it to send her home after receiving the injection. Siti Meriam said she did not want to bother her two children who live together because they have health problems, apart from two others living outside Kelantan. 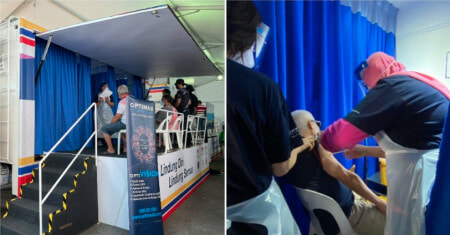