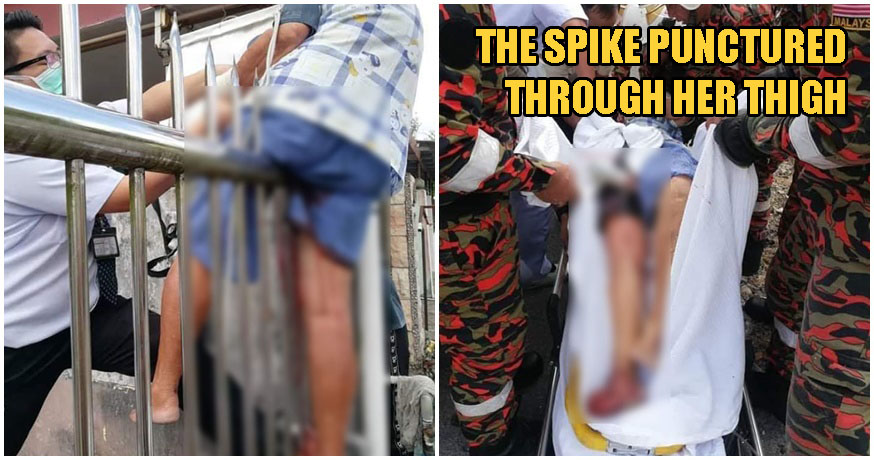 Scaling your house’s gate or fence to sneak in and out of your own house is probably one of the few things that we all did at some point in our lives. Whether if its because you wanted to sneak out or sneak in, we didn’t think much about doing it because… it’s so easy. But for one unfortunate elderly lady, climbing over her own house’s fence came with some pretty horrific consequences, as this report from Berita Harian goes to show. 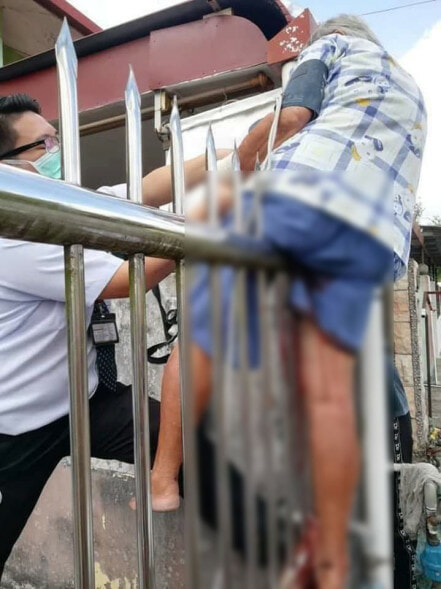 In a daring attempt to get out of her own house after her children left her inside without any keys to the gate, a 72-year-old elderly woman from Sibu, Sarawak wound up impaling her thigh onto the sharp tips of her house’s gate when one of her feet got caught as she was trying to climb down. 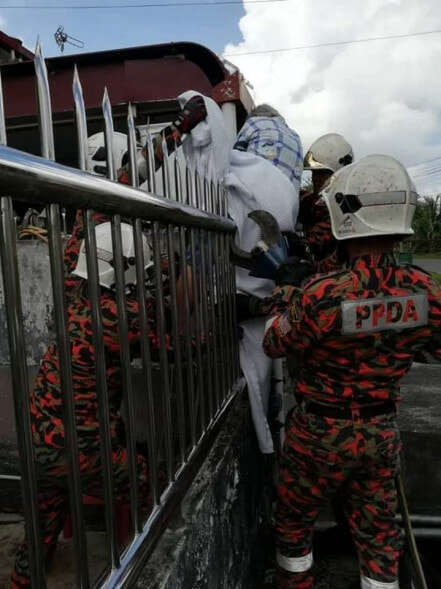 According to emergency services who attended to the gruesome incident, they received an emergency call for help for the elderly lady at 10.31am yesterday morning (13th February 2020). A hydraulic cutter had to be used to free her thigh from the rest of the fence. 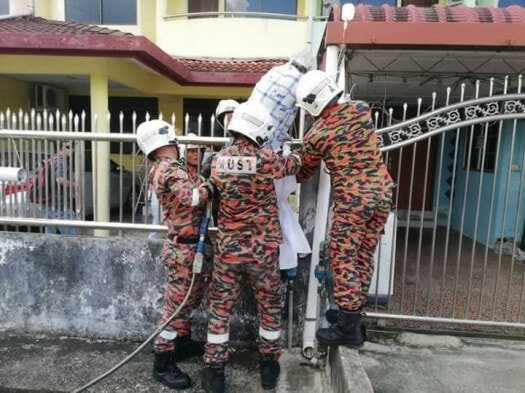 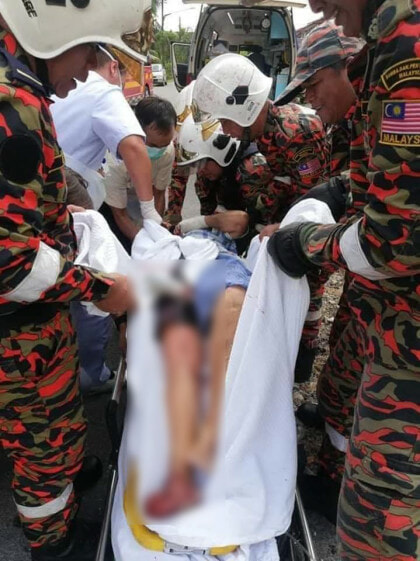 However, a portion of the fence’s sharp column was left embedded in her thigh, as removing it on the scene without medical help may have risked further injury. The elderly woman was rushed to Sibu Hospital for treatment shortly after she was freed.

We definitely hope that the elderly woman gets all the help she needs and recovers from her injuries quickly! 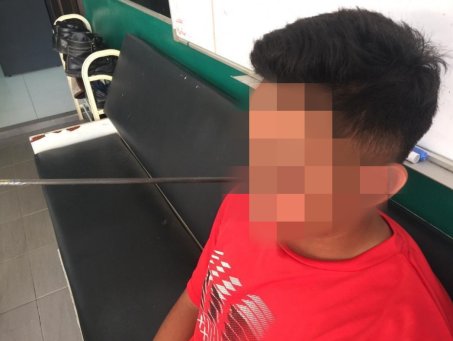