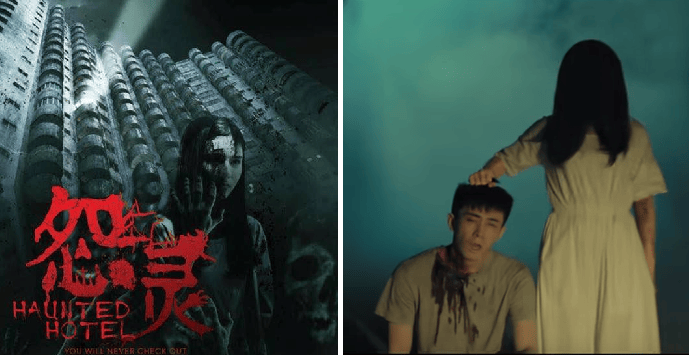 Malaysians are rather attracted to horror movies. Whether we love it or not, we’d still somehow gravitate towards these eerie creepy stories. It’s a love-hate relationship!

This year’s latest horror movies such as Annabelle: Creation and It have sent many Malaysians’ spine chilling out of pure fear and exhilaration. No matter how many times we crap our pants, we still fill up the cinemas anyways.

Well, get ready for the next horror film of the year because our very own local production, Haunted Hotel is coming to the silver screen soon – October 19, 2017 to be exact!

If you haven’t heard of this epic flick set in Genting Highlands, then it’s time for you to be awed by this Malaysian-made movie, so here are 7 reasons that might convince you to watch this film!

1. It’s directed by an award-winning Malaysian 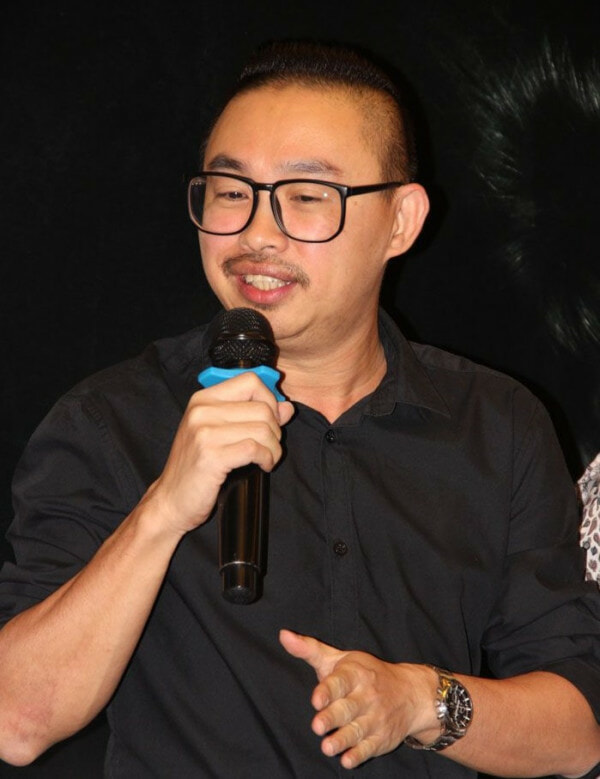 Yes, for the longest time, our local productions have been neglected or just plainly looked down upon by locals.

Of course, most of the successful local films have got Ryon Lee’s name on it, such as The Journey and Nasi Lemak 2.0; plus, The Journey was awarded the best local film and holds the second highest box-office record for Malaysian films.

As for writing Nasi Lemak 2.0, Ryon was awarded ‘Best Script’ in the 2013 Malaysian Golden Wau Awards.

He has even worked with various foreign directors, production teams and talents from Thailand, Singapore and many more. 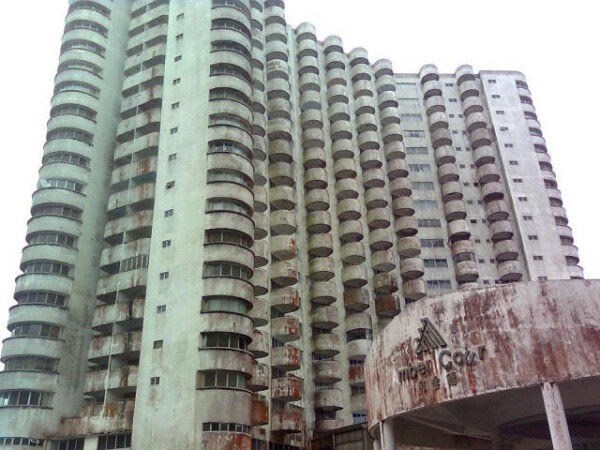 As if Genting isn’t well-known for being haunted AF already, we all know there’s that one particular abandoned high-rise condominium-turned-hotel, which is infamous for being the most haunted hotel in Asia – Amber Court!

Amber Court has seen so many sudden deaths, most of which have no apparent reason. It is so bad that people even avoid the building at all costs unless they are specifically there to hunt for spirits.

Another iconic scary element to Genting Highlands’ horror side would be the headless ghost. Many people have said they’ve seen a headless female spirit roaming around the hotel corridors looking for her head.

You’d have to be damn suay to come across this lady during your stay in Genting.

3. The Karak Highway pontianak makes an appearance too

When Genting is the main attraction in this horror movie, we can’t leave out the most haunted highway in all of Asia too, which is the Karak Highway.

Due to its winding roads in the mountains, with many ascends and descends, there have been numerous major accidents that took place. Hence, many people have reported various grisly sightings such as the pontianak.

According to urban legend, a family was travelling back to their hometown for the festive season in the middle of the night to avoid heavy traffic. Suddenly, their car broke down; mind you this was set back in time when there were no smartphones yet.

So, the husband goes out to check on the car engine while the wife and kids waited inside. The husband couldn’t fix the problem so he went to look for the nearest phone booth.

After what felt like a very long time, a highway patrol unit passes by but the husband hadn’t returned. The patrol car stopped further ahead and they used a loudspeaker to tell the wife to bring her kids towards their car and don’t look back. 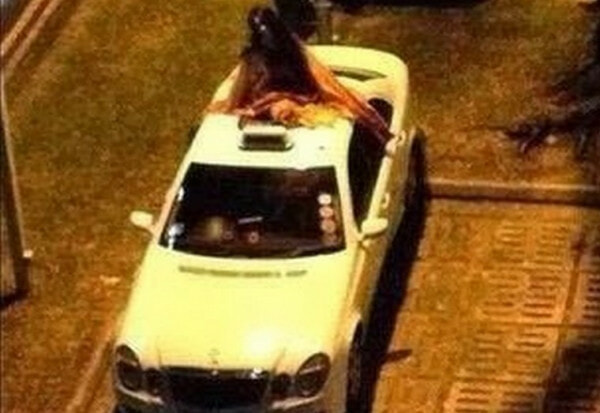 source: i am kiram

The woman sensed the urgency in their voice and complied. Once they rushed into the patrol car, the woman looked back to see a pontianak-like woman eating the internal organs of the husband.

4. It stars international actors and actresses 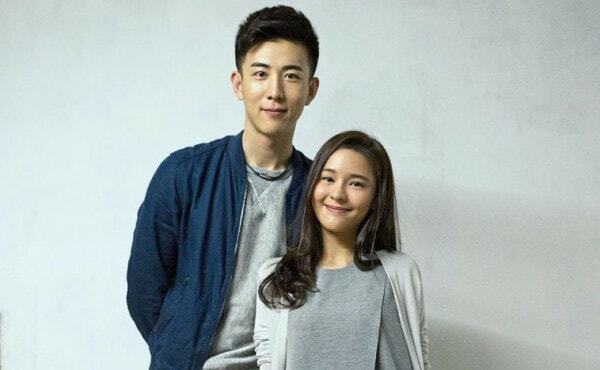 The movie’s plot features tourists visiting Genting Highlands. Bai Ling, the main character in the show, had some confusion with her hotel booking and wound up checking into a super haunted hotel, Amber Court. Jeng jeng jeng!

Due to this, foreign talents were scouted for roles. Bai Ling is played by Sushar Manaying from Thailand and one of the main male roles is played by Chinese actor Leon Li Chuan. 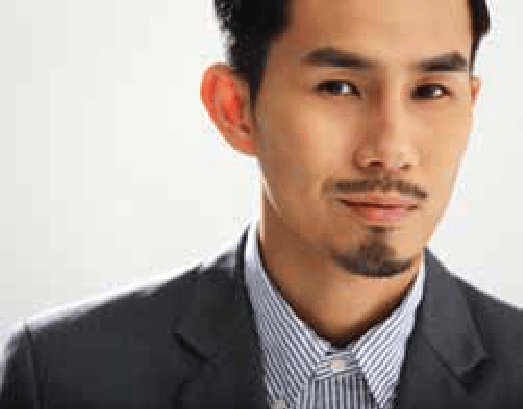 Of course, we still have our very own Malaysian actor, Teddy Chin, playing the other male lead role.

5. There are many other ghosts, demons and supernatural beings in the movie

If you’re jaded by the pontianak and headless ghost stories, then fret not because Ryon also incorporated some different horror elements.

There’s the ghost of a little girl holding an Annabelle-like doll and just the sight of her would make anyone’s hair stand on ends.

Also, imagine waking up in the middle of the night and seeing some unknown guy staring at you, and his features suddenly distorting into something super gruesome!

6. The movie upholds the 1Malaysia value by having a multiracial cast

Many of us have often complained of certain races being left out of some movies, thus making it questionable for anyone to say that a movie is truly Malaysian-made.

Though the main cast consists of Chinese lead actors and a Thai actress, there are also Malay and Indian characters in the film. From the trailer alone, we can see an Indian lady joining the lead characters in an elevator scene and a Malay couple helping Bai Ling out. #unityindiversity

Although the ‘dan lain-lain‘ category is not obvious in the short clip of almost 2 minutes, we can be rest assured that this isn’t a mono-ethnic film.

7. The lead actress is bold AF

Most generic horror movies depict a flimsy, useless, good-for-screaming-only lead female character. However, in Haunted Hotel, you can see that Bai Ling courageously goes back into Amber Court to face the evil spirits within – even though she had apparently escaped already. Bruh, I would have ran back to my home country if I had escaped.

Check out the full trailer here:

So there you have it. Malaysia’s own locally-made horror film that’s set to be released on October 19, 2017 in all cinemas nationwide, so don’t miss this spine-chilling show if you’re a horror movie buff!

If you are as fearless as Bai Ling after watching the movie, perhaps you could still make a trip up to Genting.

Read more: 8 Fun Things You Can Do in Genting Aside From Gambling Your Money Away 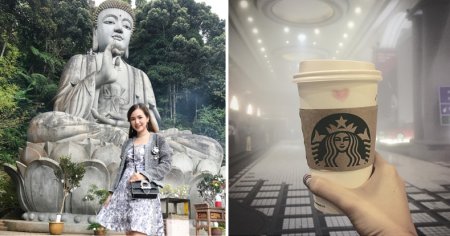