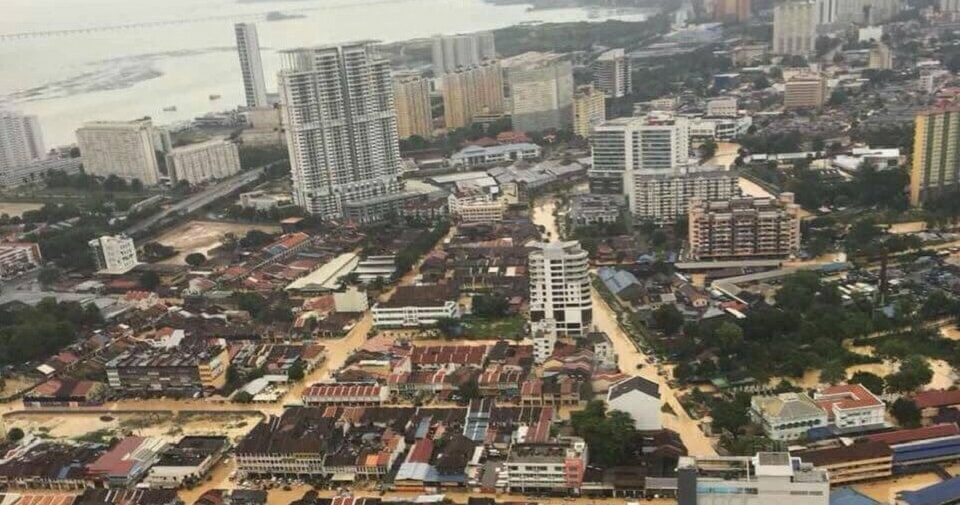 Over the weekend, Penang fell victim to heavy rains which caused one of the worst floods the state has ever seen. Sadly, some innocent lives were lost from the unprecedented disaster, but authorities from all over the country have joined forces to help the victims.

Here are some important things that happened since the floods began over the weekend.

1. The death toll has risen to 7 people 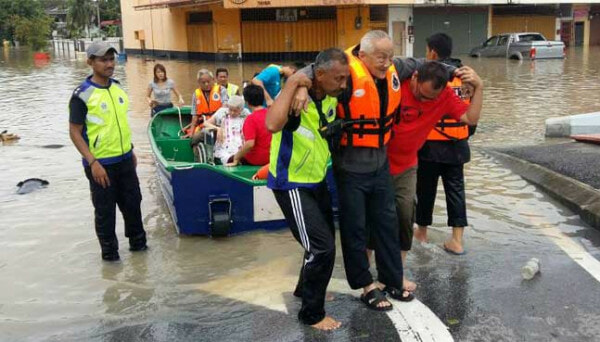 So far, the floods have claimed the lives of 7 people after two more victims were found in a home in Jalan Mata Kucing, Air Itam and Stadium Bandaraya.

“The sixth victim, identified as Tan Ah Peow, 45, was found by his neighbour at 2pm today while the seventh victim, also a man, was found by a member of the public at 2.40pm,” Timur Laut district police chief ACP Anuar Omar told Free Malaysia Today.

The two bodies have since been sent to Penang Hospital for a post-mortem.

2. A red alert has been issued for North Seberang Prai 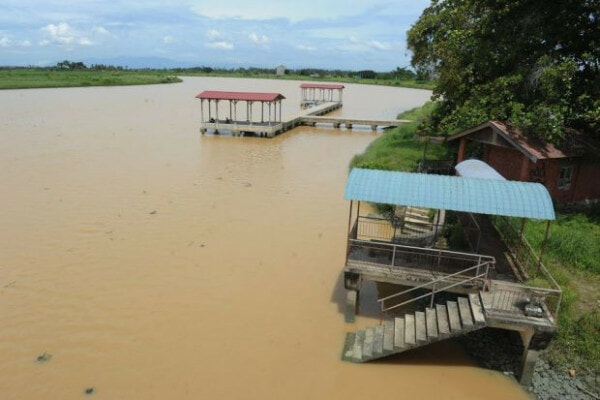 Earlier on Monday morning (6th November), the banks of Sungai Muda river in North Seberang Prai reportedly burst after water levels rose to 5.2 metres. This has unfortunately prevented floodwaters from receding, causing the district to be put on red alert.

3. Selangor is sending 183 people to help 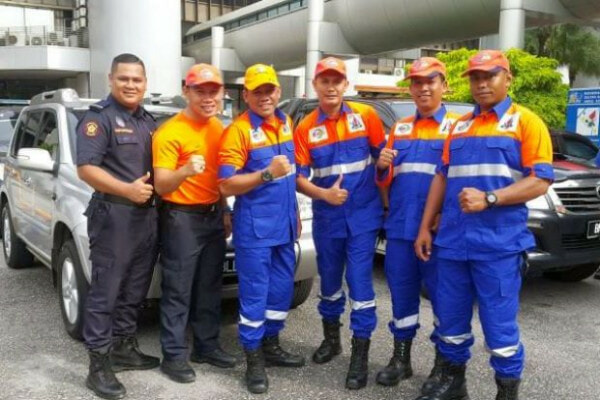 The Selangor State Government is now sending over a disaster relief task force comprising 183 people to the flood-stricken island. The Selangor PBT Pantas Team is being sent at the request of Penang’s Chief Minister, Lim Guan Eng.

“The task force is made up of 183 officers from 12 local authorities,” State New Village Development and Legalising of Factories committee chairman Ean Yong Hian Wah told The Star.

“They will be using 22 4WD trucks, five vans, eight lorries and two water tankers as well as being equipped with the necessary tools to help with post-flood cleaning.”

“The decision to send the task force was made by Menteri Besar Azmin Ali as he believes the situation is very serious,” he said, during a press conference at the State Assembly.

4. 5 healthcare facilities have been affected by the bad floods 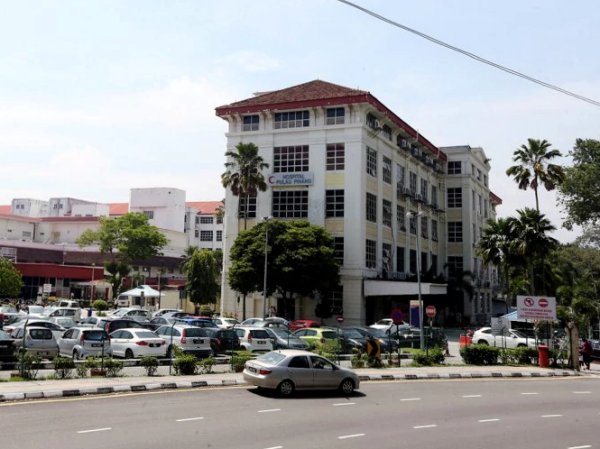 Penang Hospital and Perai Health Clinic have already been cleaned and are reportedly resuming operations today (6th November), while the other three facilities are still flooded.

In the meantime, in efforts to reduce cases of diseases and infections, flood victims have been advised to practise proper hygiene by washing their hands with clean water, especially before and after food preparation and cleaning activities.

5. Water treatment plants were damaged by the storm 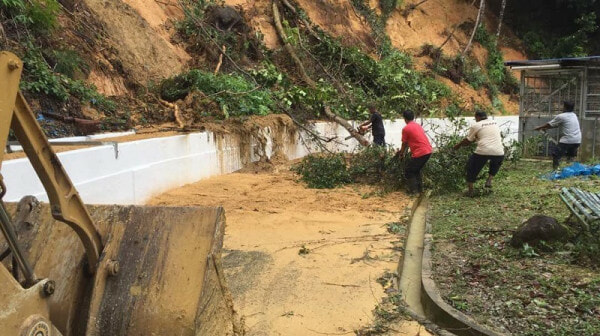 Due to the violent storm over the weekend, three of Penang Water Supply Corporation (PBAPP)’s water treatment plants have been badly damaged.

PBAPP chief executive officer Datuk Jaseni Maidinsa stated that the impact the storm had on its plants is reportedly the most violent recorded in PBAPP history. 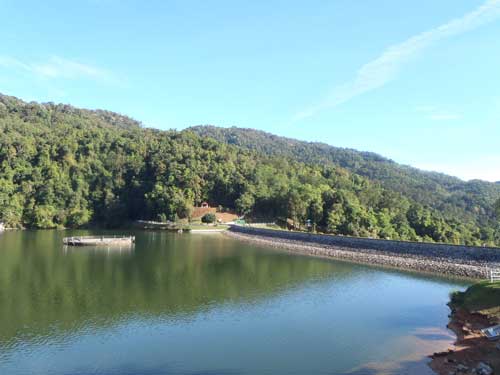 The heavy rains and floods caused a lot of damage over the weekend, and we’re still in the midst of discovering the extent of the damage that was done.

Datuk Jaseni Maidinsa went on to say that 320mm of rainfall was recorded at the Air Itam Dam in just 24 hours, and the dam’s capacity increased by a whopping 10 per cent in just one night, saying,

“This is a new rainfall record, higher than the previous record of 270mm on September 15.”

Not only that, landslides occurred along Jalan Empangan Air Itam due to the terrible storm, causing the road to be temporarily closed for now.

On top of that, the viewing bridge over the water at Penang Botanic Gardens was washed away in its entirety!

7.  SPM candidates affected by floods can sit for exams at any nearby school 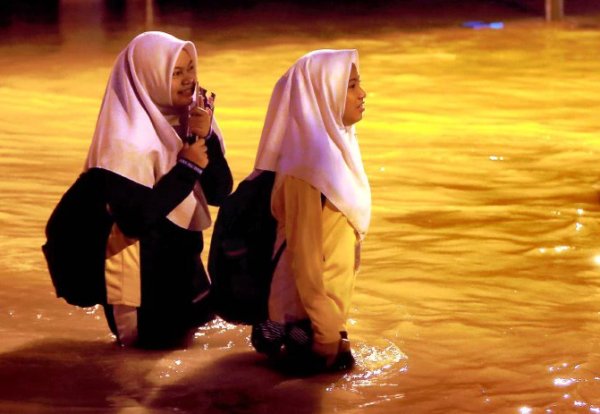 Unfortunately, the Penang floods occurred right before SPM examinations began nationwide. Despite the floods that have left parts of the island at a standstill, the exams will still go on for secondary school students.

According to the Penang Education Department’s director, Shaari Osman, a special SPM Security Committee is helping students affected by the flood. None of the schools on the island, except one secondary school at Teluk Kumbar, will be used as relief centres to house victims.

Students who have been affected by the flood will be able to sit for their exam at any nearby school. Shaari Osman added,

“Also, we will give the assurance that any SPM candidate involved in the flood will get help to (reach their) examination centre.”

So, these are all the latest updates on the situation in Penang for now. We hope Penangites remain resilient during this trying time, and that the relevant authorities do their best to help those in need! 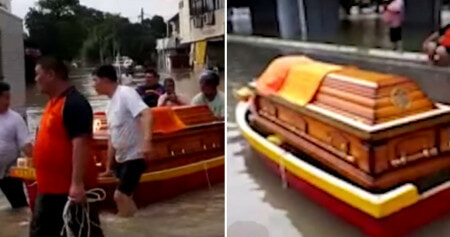