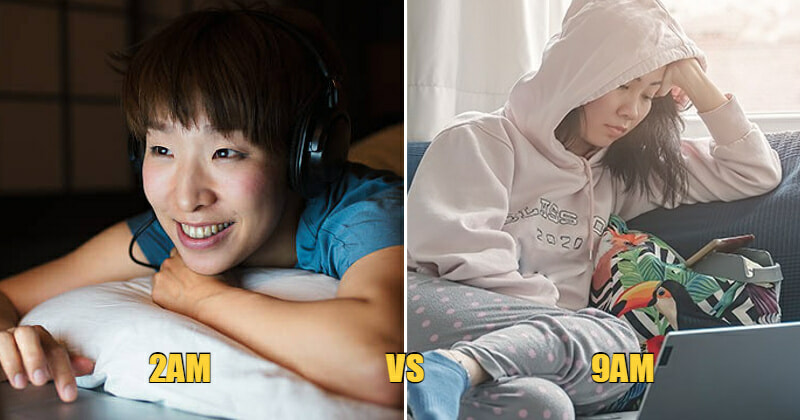 Do you often find yourself tossing and turning in bed at night hoping to fall asleep but your body just won’t listen? If so, then you probably belong to the night-owl club! Whether you’re in this club voluntarily or not, being a night-owl can definitely be challenging at times. So to remind you that you’re not alone, here are a few struggles that are faced by Malaysians who can never seem to fall asleep early no matter what they do!

1. You keep counting how many hours of sleep you’ll get with each passing hour 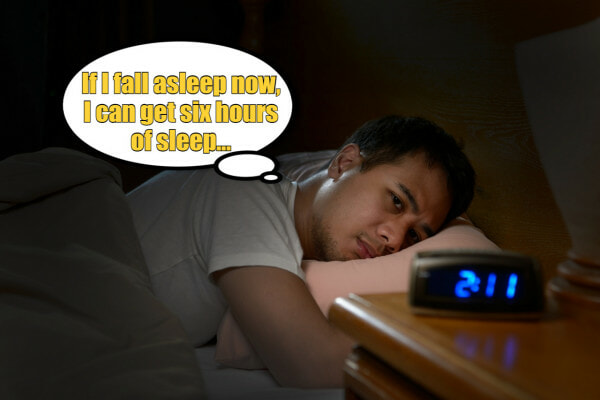 If you often find yourself in this situation, it might be because you have too much going on in your head that it’s distracting you from getting sleepy. So, in order to relax, maybe it’s time to seek external help such as putting on white noise or aromatherapy to help you drift off.

2. You’d get hungry at 1AM and enjoy some snacks only to feel guilty right after 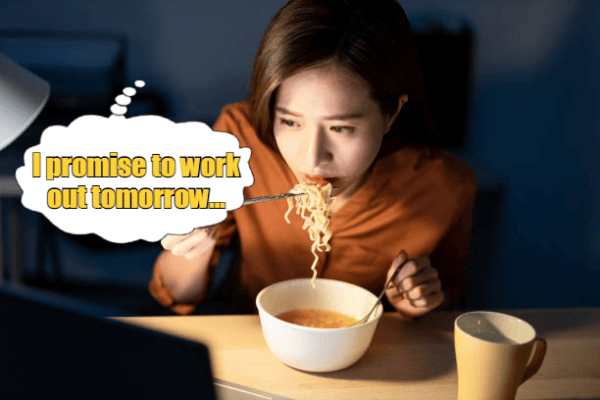 Staying up late also means that you’re bound to get hungry past midnight where you’ll start craving for all the snacks that you know would be bad for you. You’ll resort to enjoying some junk food or cup noodles but you’ll always be tormented with guilt afterwards.

If you don’t want to be wracked with guilt every night, maybe start switching up your midnight snacks to consist of some healthier stuff such as granola bars, yoghurt with fruits or some nuts.

3. You always get your most brilliant ideas at 3AM & you’re more productive too 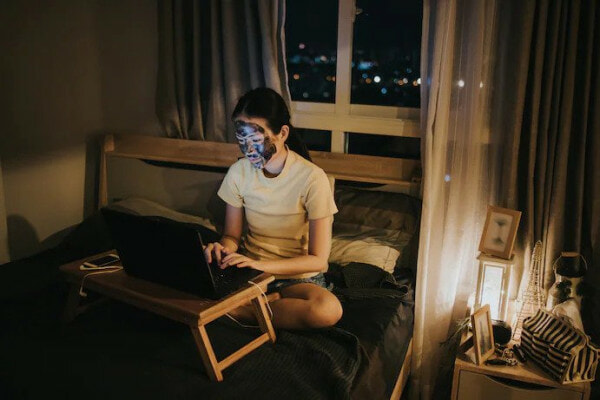 However, the bad side of this is if you’re someone who works a regular 9-to-5 job, this also means you’ll become a zombie the next day and the only thing helping you survive your mornings is coffee. Sometimes, your brain doesn’t even fully function until the afternoon which means you’d have to push back on doing your work until late at night and the cycle just keeps repeating itself…

4. The WFH era has been both a blessing and a curse for you 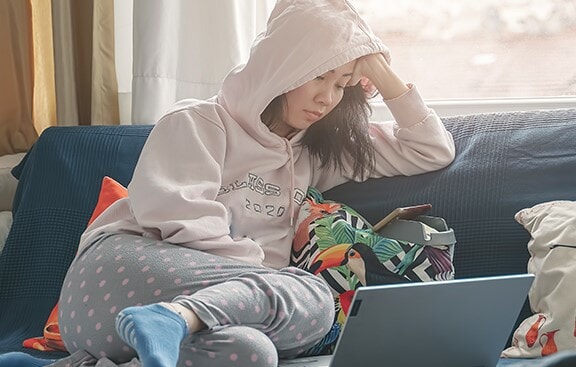 At first, you’re excited about not having to wake up so early anymore. But in reality, it’s also ruining your sleep cycle since you’re no longer pressured to wake up early to beat the morning traffic. This is why you’ve fallen into the bad habit of getting up just 5 minutes before work starts and you probably spend all morning working in bed too.

5. You’re both amazed and appalled by ‘morning people’ and their routines

Just the thought that there are some people who voluntarily wake up early to exercise before work is mind-boggling to you. Are these people even human? As far as you’re concerned, 7AM is practically considered nighttime.

6. You watch something in hopes you’ll drift off but you keep pressing ‘next episode’ over and over again

We’ve all done this, we keep watching shows on our phones/laptops in hopes that it’ll make us feel more drowsy. And suddenly, it’s already 2AM. Seriously, does time move faster at night?

Having the technology of streaming sites is both a blessing and a curse! No matter what type of show you put on, you just never seem to get sleepier. Instead, you’ll probably end up finding your next favourite show and finish binging one whole season in one night!

If you’re subscribed to Astro and its many amazing channels, then you’ll definitely relate to this one. There are just so many good choices that it’s impossible to think of sleep! And speaking of Astro, did you know that they’re actually adding more channels to their network soon? Goodbye sleep~ 😆 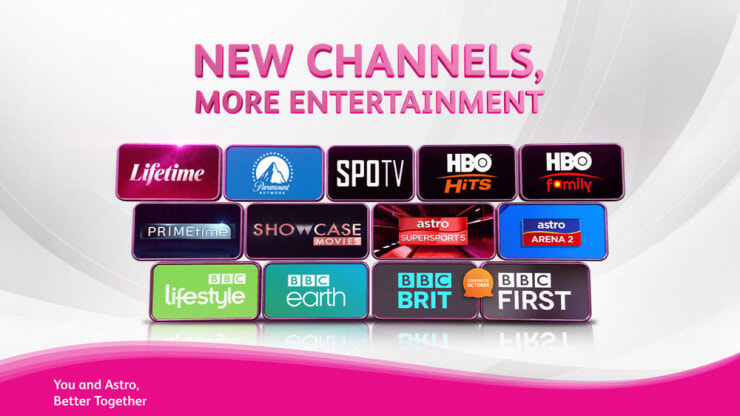 The refreshed lineup will have something for everyone to enjoy as it includes a variety of channels like:

And it doesn’t stop! Astro viewers can also anticipate more new channels launching this October that will consist of:

The arrival of these new channels is part of Astro’s ongoing effort to refresh their content and to continue bringing the latest and hottest shows in town for their viewers. This also means that some channels had to be discontinued such as FOX channels and Nat Geo People due to a decision by Disney to cease these channels in South East Asia. But the good news is, Astro subscribers can enjoy shows from Disney and FOX channels on the newly introduced channels as well as on the Disney+ Hotstar app!

So, if you’re sad to see these channels go, it’s time to activate the Disney+ Hotstar app to unlock its many great shows! 😜

And with these new channels, there will also be a ton of new shows for you to check out. From discovering binge-worthy series to watching exciting new movies, Astro has all the entertainment you need! To find out more, head over to their website now and subscribe to Astro if you still haven’t!

Are you also part of the night owl club? What other things do you do at night? Share with us below!