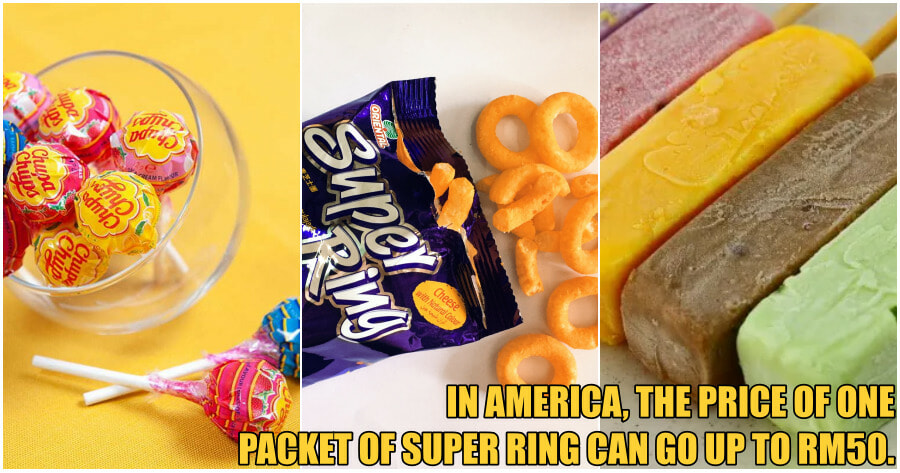 Source: Gastronomic Spain, We Sell Anything & My Sabah
ShareTweet

These days, all kinds of imported bougie snacks such as salted egg fish skin, matcha biscuits and honey butter chips have mostly taken over kitchen cabinets as Malaysians’ go-to Netflix and chill snacks.

However, the sweet and savoury treats we enjoyed as kids will always remain in our core memories.

Here are 5 of Malaysians’ favourite nostalgic childhood snacks and some fun facts you may not know about them! 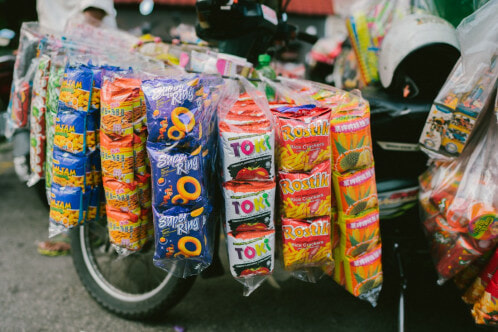 Have you ever wondered why these colourful blocks of sweet and creamy goodness are named Potong ice cream?

Well, it’s because “potong” is a Malay word that translates to the verb, “cut“. The Potong ice cream was thus named as such because the rectangular popsicles were made by being cut into portions from a bigger block. 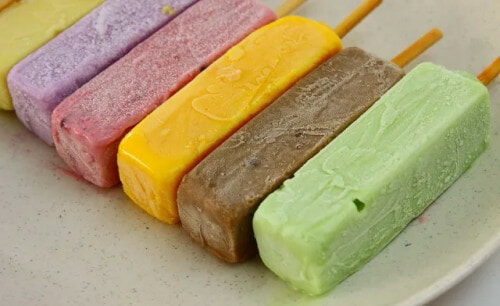 “Before Potong, it was called ‘9 inch half‘ because its length was 9 1/2 inches. It was this long and costs only 5 cents! People would buy and share”, Mr Ong, a potong ice cream distributor, told Makansutra.

Although murukku is an Indian snack, PoPo Fish Muruku is a well-beloved Malaysian snack that is actually produced by a Chinese-owned company! 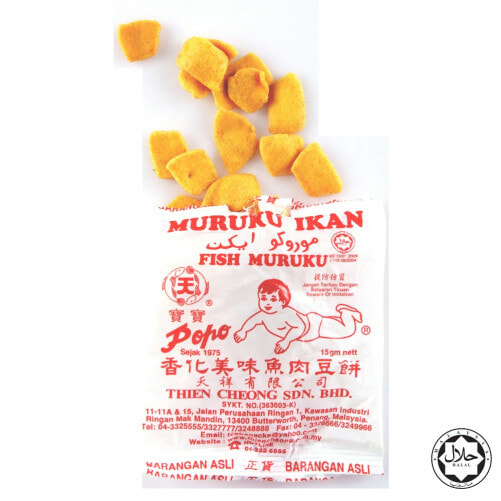 The name of the snack “PoPo” comes from the Mandarin word “Baobao” which translates to baby.

Its founder, Foong Chek Lung “chose to market the snack using the picture of a baby as a reminder to himself to work hard for his family and firstborn son“.

Who can forget this finger-licking cheesy snack? Love it or hate it, this bright orange snack that left crusts and stains everywhere is an icon that Malaysians have enjoyed for decades. 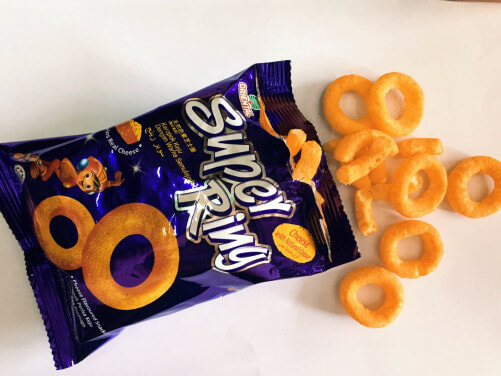 In the last few years, it seems like the rest of the world is also slowly catching on to the hype.

After a video of 2 members of the K-pop girl group, Blackpink showed them squealing with joy at finding the snack at a 7-11 store in Malaysia, the snack became super popular among South Koreans. It is now being sold for RM4.30 per packet in Korea. 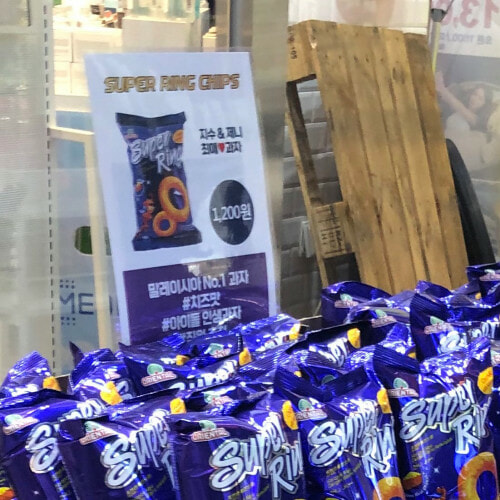 Whereas in America, the price of one packet can go up to RM50, according to a Malaysian mom who seized the opportunity to sell Super Ring on eBay when she noticed a demand for the snack from Americans. The biggest available size of the snack here in Malaysia is 80g and only costs rm3.87!

Snacks, in general have a reputation for being unhealthy, especially if they taste damn salty and umami.

However, in an interview, the Pang family who founded the Mamee Monster empire claimed that their noodle snacks are actually quite “healthy”! 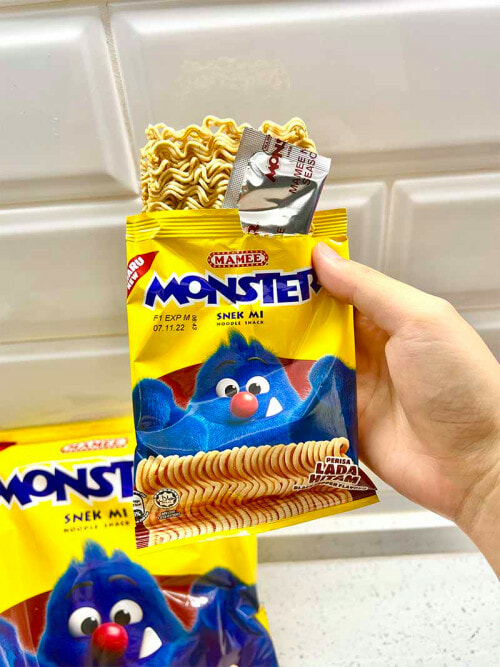 Apparently, “they only use genuine chicken stock for seasoning and do not add any wax to their products, unlike some of their competitors“.

“I definitely ate a lot of Mamee Monster snacks as a kid. My grandfather and father would never launch products that the kids in our family wouldn’t eat“, said Pierre Pang, the grandson of Mamee Monster’s founder, Pang Chin Hin and the now Director of Sales and Marketing of the company. 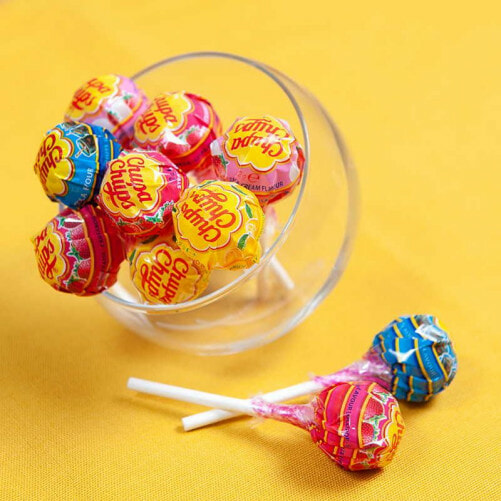 Although most of us probably know Chupa Chups as one of our favourite nostalgic childhood snacks, the brand of lollipops is actually one of the most popular in the world.

The daisy shape of the brand’s logo and its colourful packaging is so known that it even has an aquatic animal named after it! 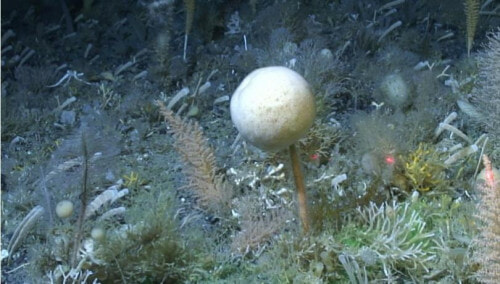 According to Blair Candy, scientists discovered a unique sea sponge in 2000 and named it Stylocordyla Chupachups, or S. Chupachups due to its bulbous head that resembled a lollipop.

The discovery took place during an expedition to the Wardell Sea in the Antarctic Ocean.

All these talk about childhood snacks is really making us crave them. BRB, gonna get a 9 inch half, I mean, Potong ice cream now!

Also read: “It was just 60 cents back then!” – M’sians Shocked By The Price Of Childhood Snack Boxes 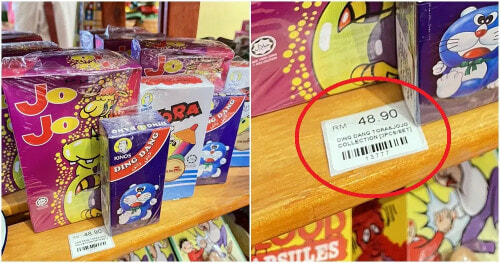