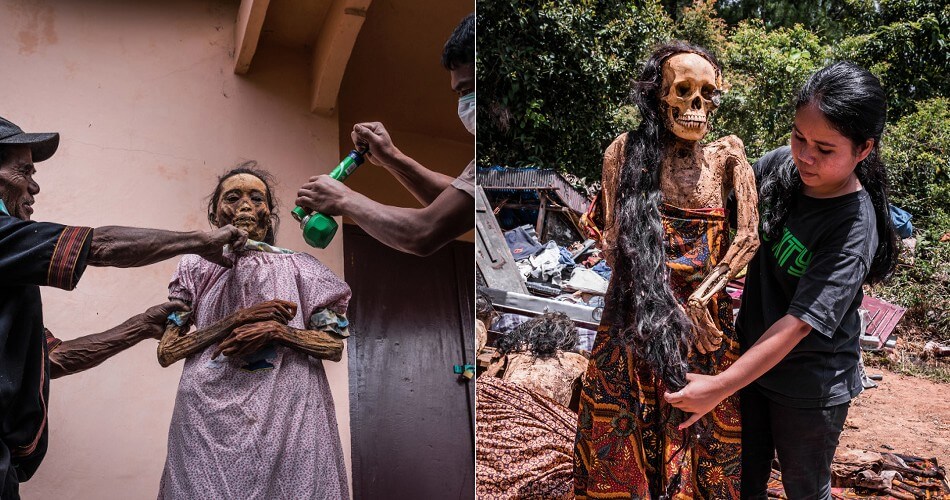 Normally in many cultures, a funeral will be conducted in order to mourn the passing of our relatives but this particular tribe in South Sulawesi, Indonesia does it a little bit differently.

You’d be surprised to know that the Toraja people actually mummify (no, not the Egyptian way) their dead relatives until they are financially and emotionally ready to give them a lavish funeral which could be organised in months, years or even decades.

Seems a little new, right? So, in order to learn more about them, here are 4 things you need to know about the way the Torajans deal with their dead relatives.

1. Mummifying and preserving the dead

After a member of their tribe takes their last breath, Torajans will carefully coat the skin and flesh of the deceased with formalin, a chemical solution made from formaldehyde and water, wrote The Sun.

To mask the strong stench of dead bodies, they would store dried plants near it. The dead bodies will then be kept in a room of their house or in “wealthier homes” like the traditional Torajan ‘ancestral’ house (tongkonan). 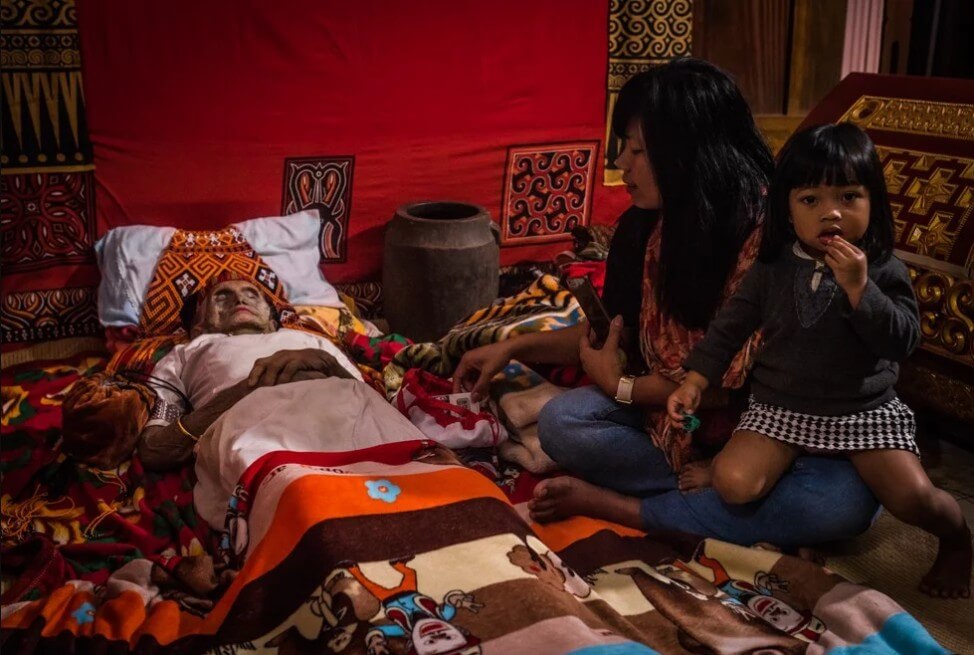 The dead bodies are well-preserved because the Torajans believe that it will bring them good fortune. Other than that, the Torajan people do actually find comfort in keeping their dead relatives closer to them until they are ready to them let go.

Yohana Palangda, a member of the tribe, was quoted by National Geographic as saying,

“My mother died suddenly, so we aren’t ready yet to let her go. I can’t accept burying her too quickly.”

That way, it will give them more time to mourn and accept the fact that their relative is no more.

2. They call the dead “toma kula” which means “the sick”

“We believe that even though the father is ‘toma kula’, his soul is still in the house,” said another member of the Toraja community. 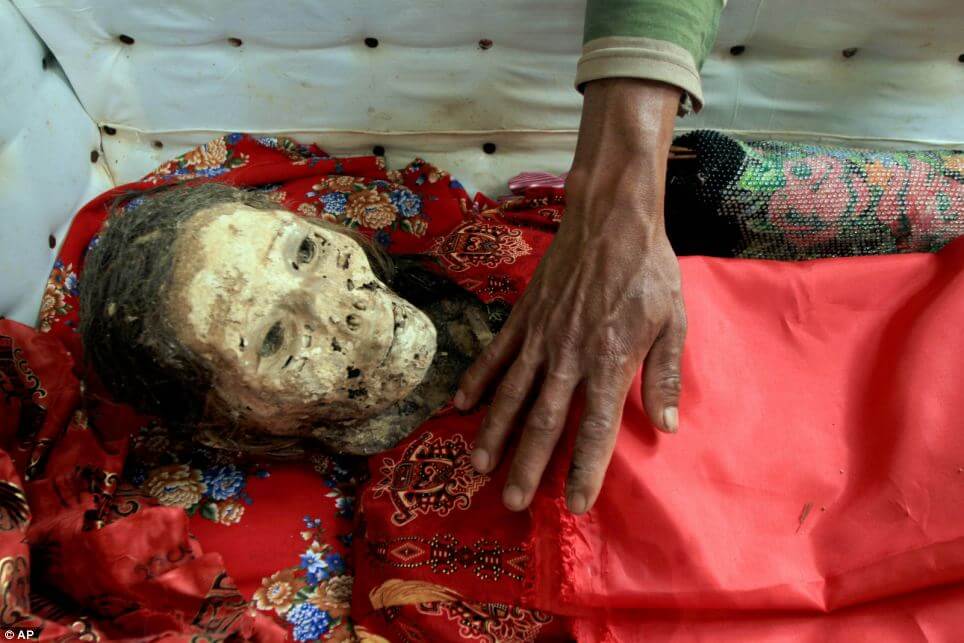 During the above-mentioned period, the dead relatives will be treated like they are alive because they will be offered “food, water and even cigarettes”. Interesting!

3. The “rambu solo” ceremony aka the funeral

Once they are ready to let go of their deceased relatives, a grand funeral which normally costs more than USD 50,000 (approx. RM200,000) will be held. Whoa!

BBC wrote that their funerals are a celebration compared to sombre ones which we usually have. Their funerals are complete with Christian customs because Torajans are predominantly protestant Christians. That said, some of them are Catholic Christians due to the influence of Dutch colonial missionaries in the region. 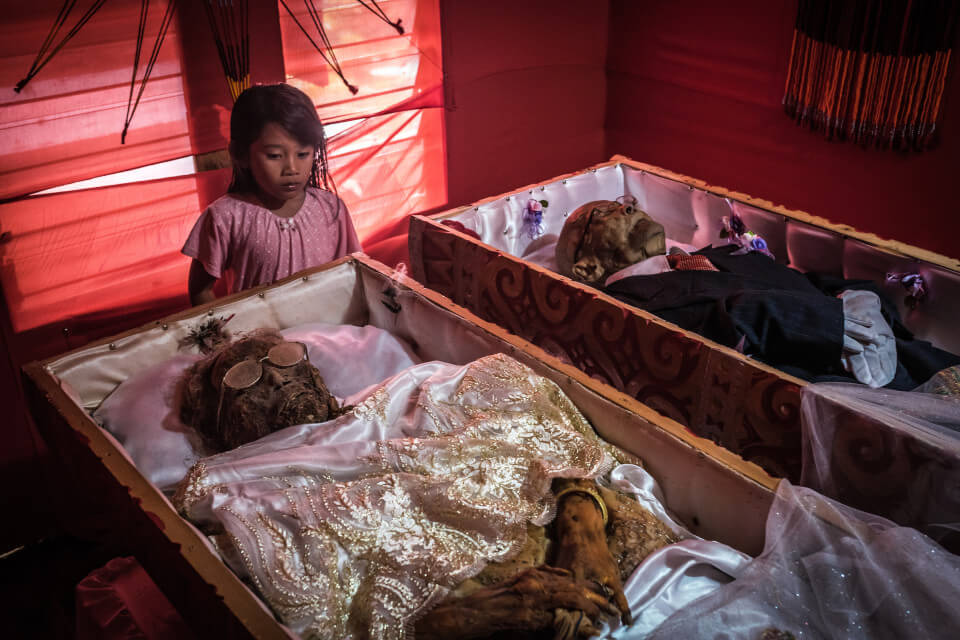 Along with the Christian funeral customs, Torajans will also sacrifice water buffaloes during the “rambu solo” ceremony.

Apparently, the more buffaloes that are sacrificed during the ceremony, the faster the souls will find their way to heaven. To be exact, they need at least 24 water buffaloes but sometimes, they will receive additional buffaloes as gifts from guests. 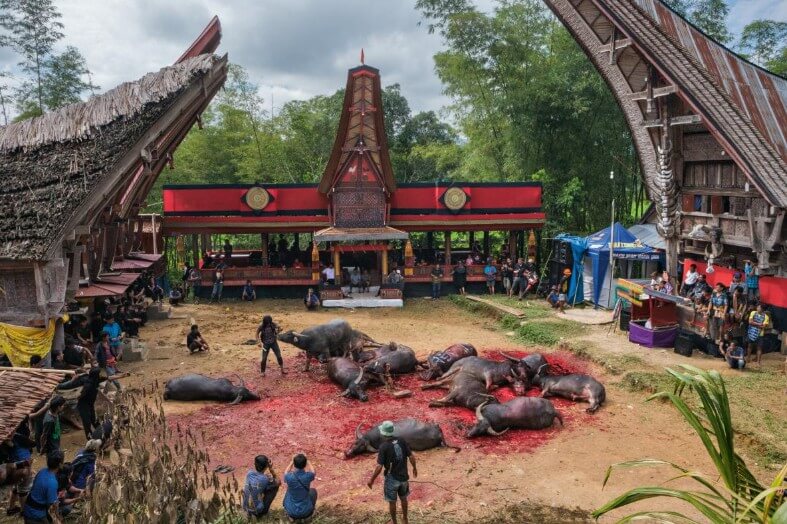 After three to five days of the “rambu solo” ceremony, their deceased relatives will be buried in a mausoleum or stone grave.

4. The “ma’nene” – the cleansing of the corpses

After the “rambu solo” ceremony, their clan will gather again every one to three years for another ritual called the “ma’nene”.

During “ma’nene”, corpses will be taken out of their respective coffins and cleaned. FYI, “ma’nene” is also known as “cleansing of the corpses”.

They will be given a new set of clothes and relatives from everywhere in the world will gather for a reunion. According to BBC, friends and families of the dead will offer food and cigarettes to their dead relatives. 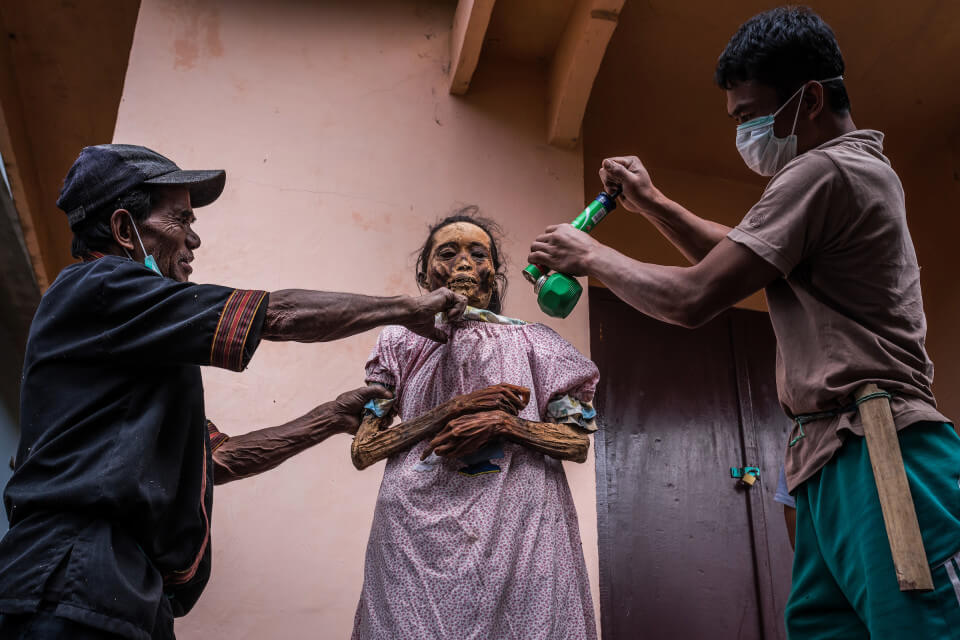 Sociology professor Andy Tandi Lolo explained that the Torajans maintain the “social interaction” between the dead and the living ones through this ceremony. On the other hand, South China Morning Post revealed that “ma’nene” doesn’t symbolise death but it’s actually a celebration of love.

However, before the “ma’nene” ceremony, they will first host a buffalo sacrifice. 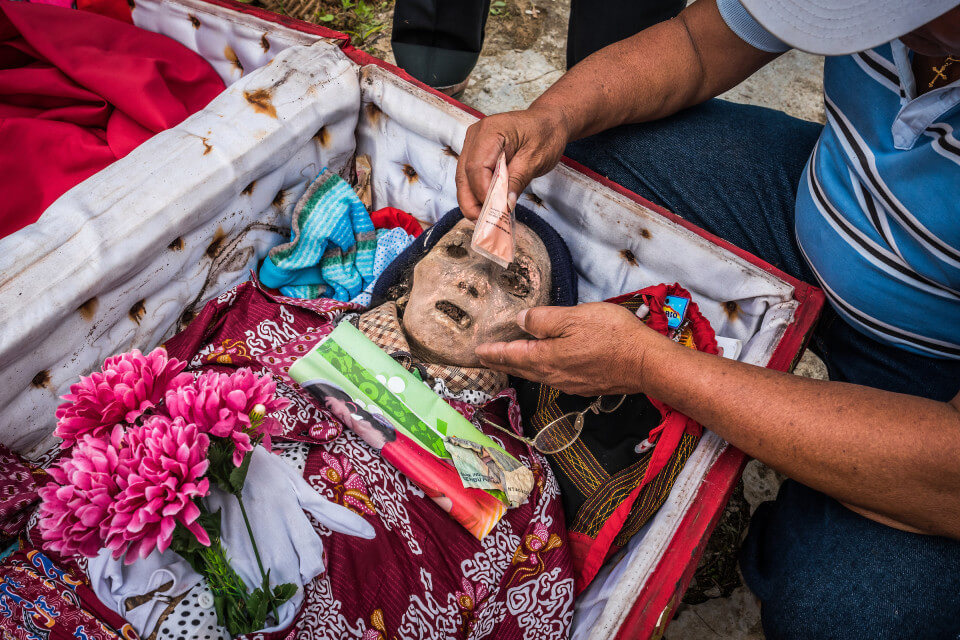 If you didn’t know, “ma’nene” is inspired by the legend of Pong Rumasek who is a hunter. According to the legend, Pong found a corpse under a tree; he then wrapped it in cloth and buried it. It was believed that after that, Pong enjoyed a long life of good luck. Ah, so that’s where the belief originated from!

Also read: You Can Get Strippers And Pole Dancers For Your Funeral In Taiwan 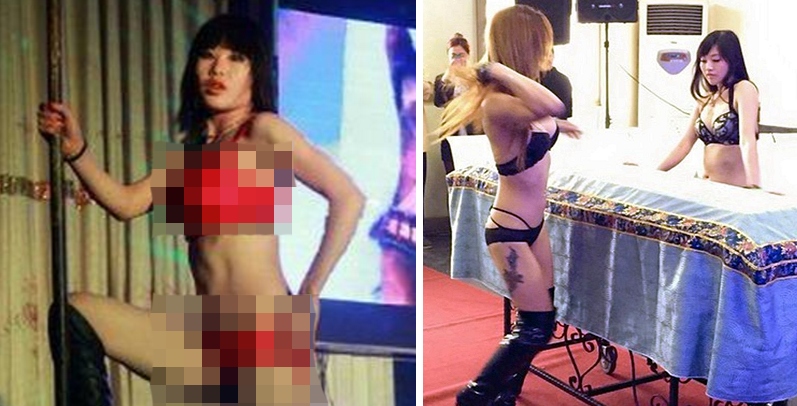