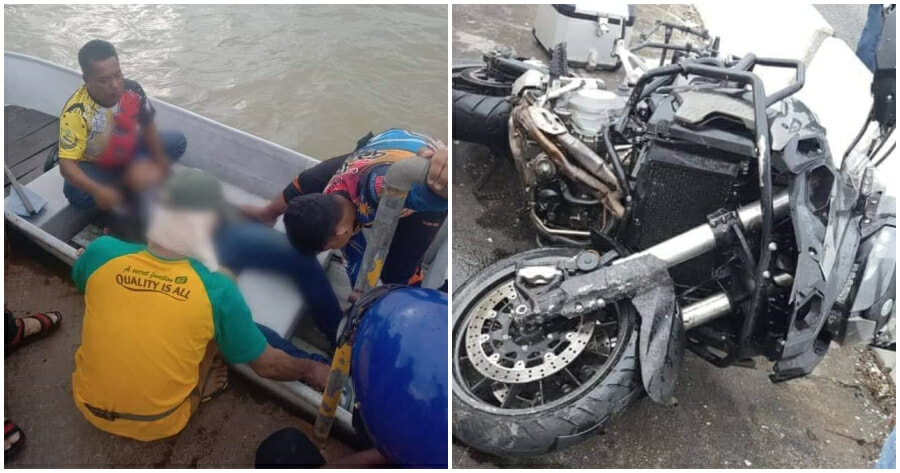 A 36-year-old man was rescued by a group of shrimp anglers after he was thrown into the Perak River at the Batu 5 Bridge on Saturday, 26 December, afternoon. 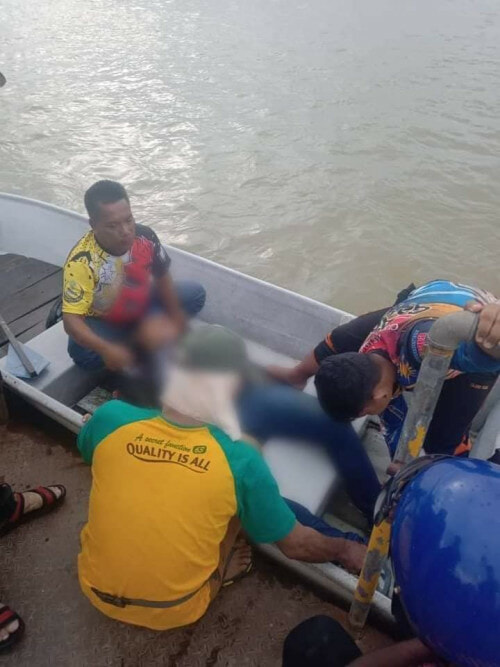 The incident took place at 4.30pm after a Proton Saga had collided with the victim’s motorcycle, causing his vehicle to hit the side of the road before throwing him into the river soon after, reports Sinar Harian.

Hilir Perak District Police Chief, Assistant Commissioner Kamaruddin Mat Salleh explained that the car was headed towards Teluk Intan from Sarang Tiong and was suddenly collided by the motorcycle after the victim had entered from the opposite lane.

“[The car] suddenly applied brakes to avoid the vehicle in front which was driven slowly and entered the opposite lane,” he said.

“Suddenly, the victim, who was riding a Benelli motorcycle from the front, hit the side of the car and was thrown off the bike before falling into the river.” 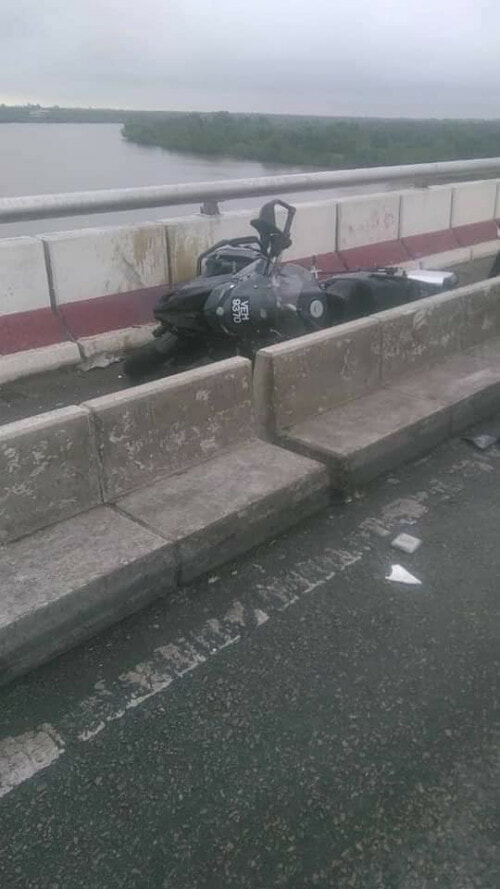 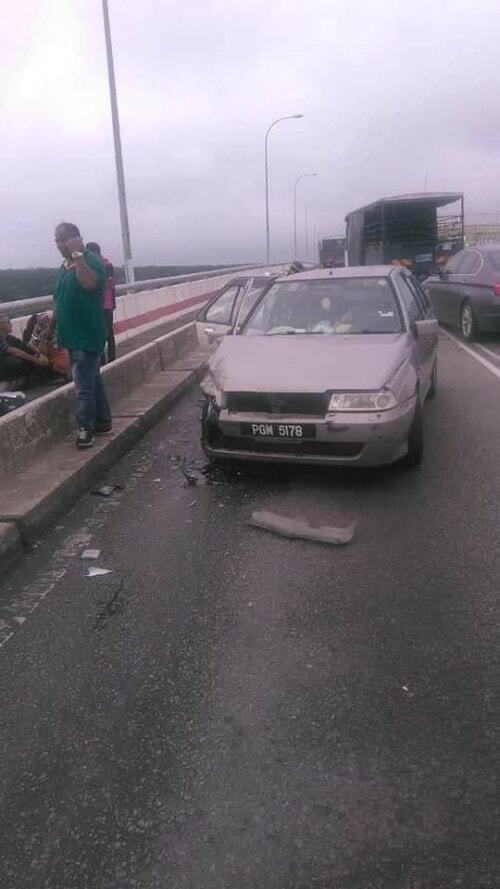 It was then when Musa Harun, 63, and his friends had saved the victim from drowning in the river. They had heard a loud bang while they were fishing near the bridge, followed by a shout informing them that someone had just fallen into the river.

“We managed to bring the victim up on the boat and we had time to ask about the condition of the victim who was then conscious. The victim also had time to tell how the accident he suffered caused him to be thrown into the river from the bridge,” he said in a report by Utusan Malaysia.

The victim broke his right leg and cracked his hip bone and has since been sent to the Teluk Intan Hospital. The case is currently being investigated in accordance with Section 42 (1) of the Road Transport Act 1987. 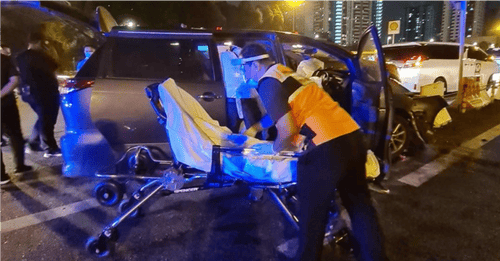