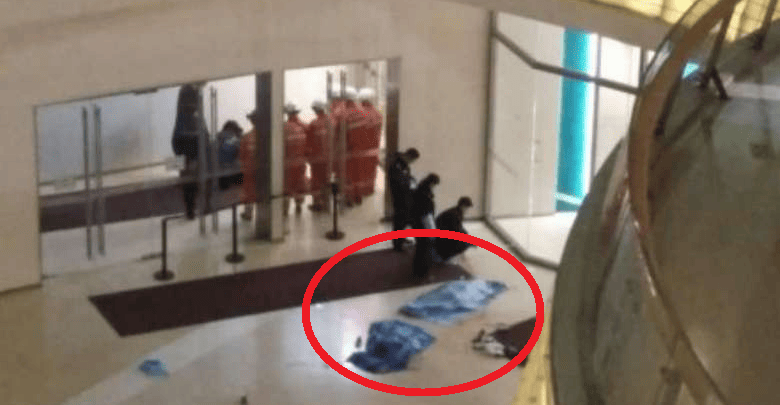 Yes, another tragic mall-related accident happened on Monday night (27th February) in the city of Tianjin, China according to The Straits Times.

A family was out in one of the malls in Tianjin, Joy City Shopping Mall when tragedy struck.

The two children, who were 2 and 3 years old, both fell to their instant deaths from the fourth floor when a parent lost grip while carrying them near a balcony.

Despite there being a glass barrier, it was not enough to save the children from falling off the balcony.

A video showed the parents overcome with grief as they cried next to their children’s bodies. The video quickly went viral and was circulated on social media sites in China. 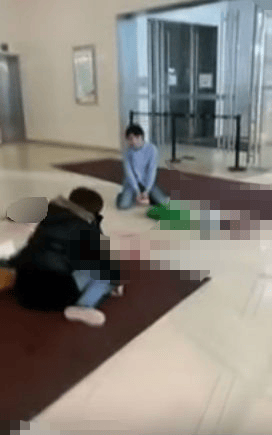 It was reported that one child fell over the glass barrier, while the second slipped from the other arm as the parent quickly reached out to grab the first child.

The two children died an instant death upon hitting the ground floor.

This tragedy is one of many unfortunate mall accidents that occurred in the past year. One incident in China also involved a woman dropping her four month-old grandchild from an escalator.

Another mall-related incident in Penang last October involved a girl falling off her father’s shoulders from an escalator, landing her in the ICU. 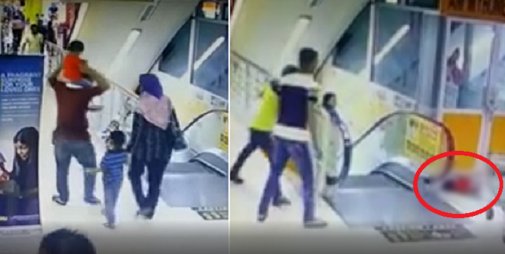