WARNING: Some Readers May Find The Images And Video Graphic, Discretion Is Advised

A family outing in a department store in Shanghai, China took a deadly turn after a toddler was accidentally dropped to his death, reported Daily Mail.

CCTV footage showed an elderly woman carrying her 4-month-old grandson going down an escalator. They are followed by a woman and a toddler, who are believed to be the mother and sister of the infant. 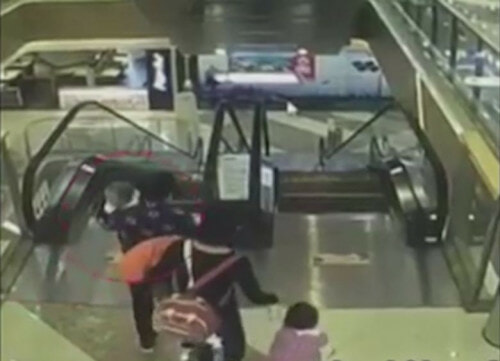 The grandmother stepped on the escalator and it started moving much faster than what she expected, throwing her off balance.

In an attempt to regain her footing, she grabbed on to the railing with one hand. However in doing so, her grandson was flung over the railing!

She immediately tried to reach over to grab the infant, but she could not hold on. The baby’s mother and sister visibly panicked and lurched forward. 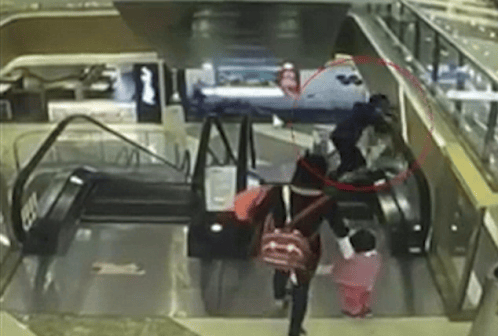 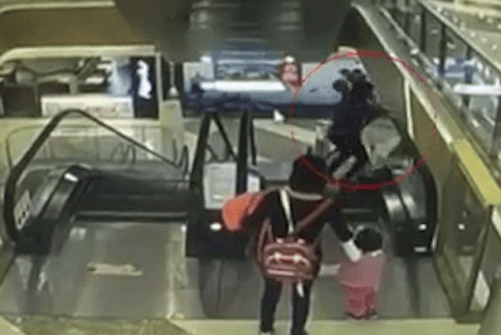 The infant fell 30 feet (9m) to the ground below and was rushed to a nearby hospital. He was confirmed to have passed away in the early morning.

Netizens were appalled by the tragic incident and took to social media to express their sympathy. Many also took this unfortunate event as a grim reminder to be careful with children on escalators.

World Of Buzz would like to take this opportunity to remind all our viewers to always remain vigilant, especially around escalators and with small children. Our heartfelt condolences go out to the family of the deceased. 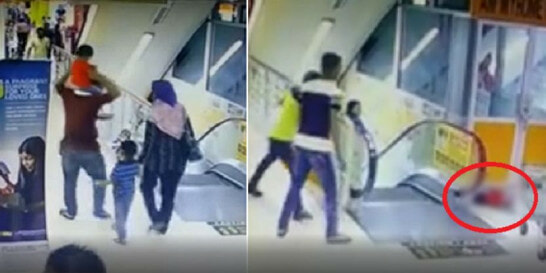