In a harrowing video that set social media ablaze, a toddler was captured falling off the escalator to the floor below it.

At the start of the video, the 3-year old girl was shown sitting on her father’s shoulder on what was supposed to be a happy family outing to a mall in Bukit Jambul, Penang. 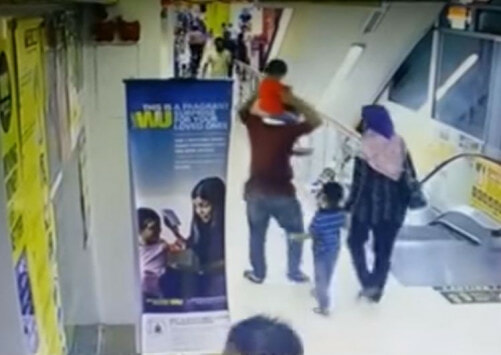 However, after 40 seconds into the video, the toddler is shockingly seen falling from the top right corner, before slamming into the white tiled-floor below.

Shoppers who were casually walking by were caught by surprised and evidently displayed panic. While some immediately turned away from the gruesome scene, others rushed to check if the toddler was okay. 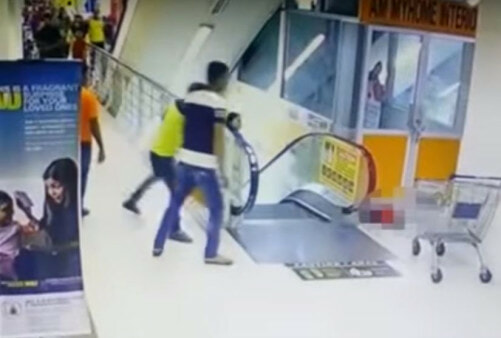 According to reports, the father tilted his head back near the top of the escalator. He probably lost grip of his daughter which caused her to fall through the railings and back down to the first floor!

According to estimates, she horrifyingly fell 3 meters down. Her body immediately limp from the drop.

The toddler is said to be in critical condition and is currently in ICU at Penang Hospital where doctors are rushing to treat her.

He also stated that “investigations into the case are ongoing”, which could point to the possibility of the father being charged.