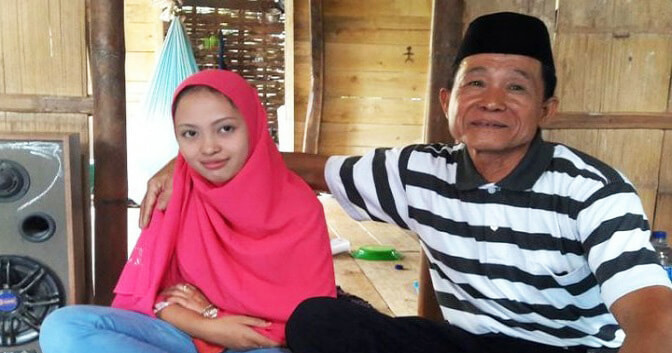 This seems to be getting more and more common recently!

We’re sure you’re all more than familiar with the now famous newlywed Indonesian couple who are 55 years apart. Well, now it looks like there’s yet another couple with a questionably large age gap that also recently got hitched!

The couple from Gowa, South Sulawesi, Indonesia, had their nuptials this past Sunday (16th July) at the blushing bride’s home. The story of how they fell in love is without a doubt, pretty interesting. 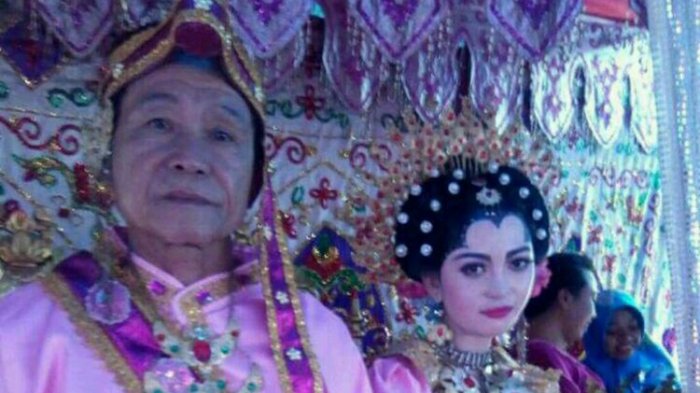 According to Tribun News, Sulaeman, whose wife passed away before they met, frequently visited Diana’s home to have knives and other metal products made by her father, who is a blacksmith. He said,

“Whenever I went over to her house, she would always make me coffee. I thought she was a very beautiful and nice person.”

After frequently visiting her home for the past year, his love for her blossomed and he then asked for her hand in marriage.

Although it may seem like Diana was forced into the marriage, their village leader said she voluntarily wanted to marry the grandfather of nine.

Sulaeman’s young wife said, “I love his personality. I hope we’ll have a great married life.”

Although he already has 5 children and 9 grandchildren of his own, he expressed that he wants to have kids with Diana.

As for Diana, she expressed that she wants to be a loyal wife, saying, “As his wife, I want to be faithful to my husband. I definitely want to have kids too.”

Well, we guess this is far more common than we initially thought!

We wish the newlyweds a blissful wedded life. As long as they’re both consenting adults, right?

Also read: 16yo Boy Hates Leaving 71yo Wife Because He Will Miss Her Too Much 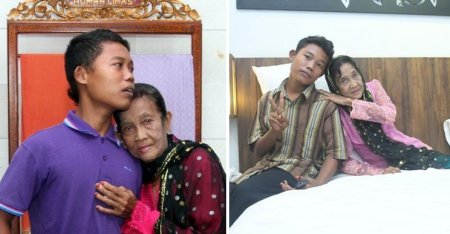