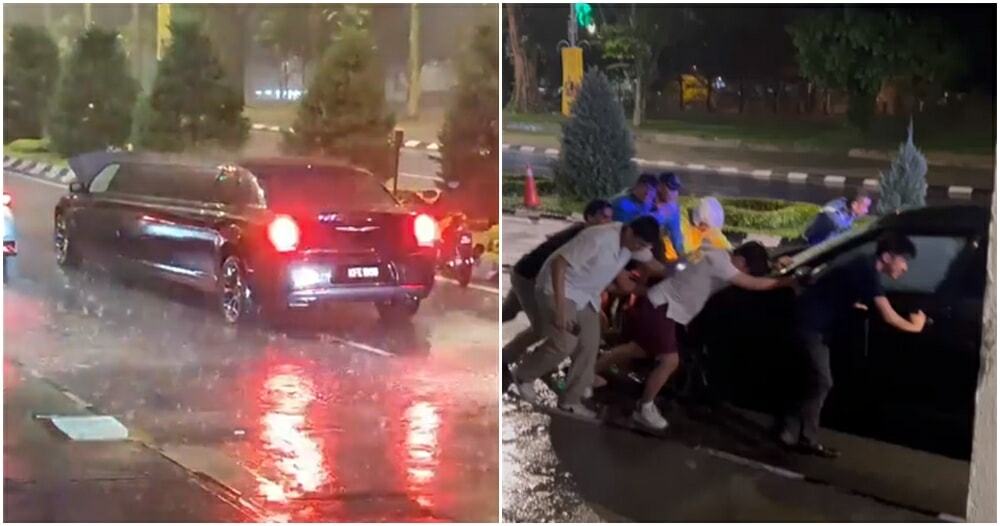 Whether old or young, a birthday is a special day as it celebrates an individual. As for a 17-year-old in KL named Mahan however, his parents surprised him with a 2-hour limousine ride!

The limo ride was booked to bring him and his friend for a ride around town on his birthday, June 11.

Speaking to WORLD OF BUZZ, Mahan said there were about 10 people in the limo, and as they were riding around town, it started raining very heavily. 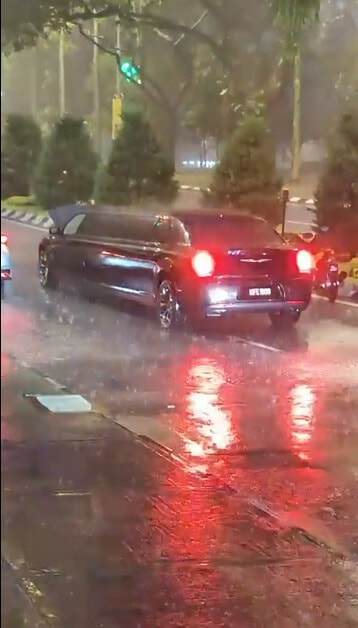 At about 7pm (around the 1.5-hour mark of the 2-hour limo ride), the rainwater rose, and it got so bad that the limo stalled and broke down.

So the group sought shelter underneath a bridge at Jalan Parlimen. Shortly after, a police officer arrived and started pushing the limo to the side and the group of teens offered a helping hand.

So here’s the sitrep: Birthday boy and his friends are pushing the very limo ferrying them around, up the hill, in the rain, through puddled waters.

From the video, several boys were ankle-deep in the flooded waters and jumped to the sidewalk to avoid damaging their shoes, with the police officer chiding them for caring too much for their shoes!

However so, the boys can be heard in cheerful spirits as they successfully managed to manoeuvre the long vehicle safely to the side of the road. 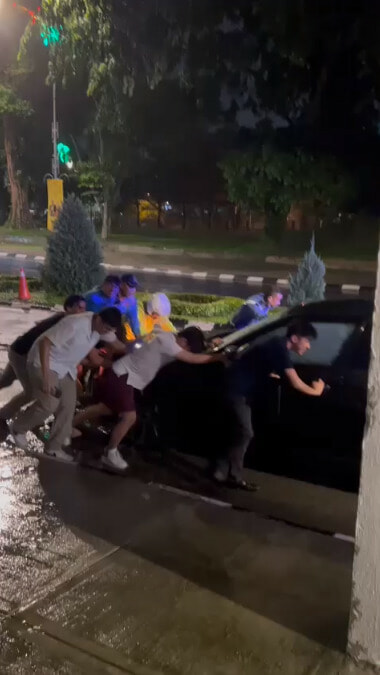 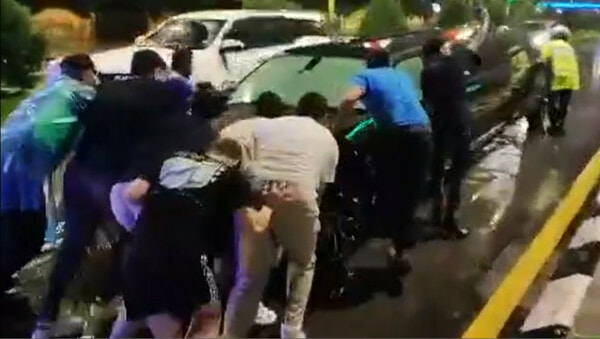 The apologetic limo rental company quickly sent over a recovery car to pick the teens up and ensured that the group was still having a good time.

Speaking on the experience, Mahan said that the situation was out of the company’s hands, and they did the best they could. He also mentioned that it made his birthday memorable.

“I would describe it as an unforgettable moment and a day everyone will remember because it’s not every day that you are in a limo, then ending pushing it up a couple of hours later.”

Well, it sure sounds like a very eventful birthday to us. In fact, you can watch the video here to see how the situation was at that time.

Have you ever had to deal with things going awry on your birthday? Let us know in the comments!

Also read: “I can’t believe that at 66, I would still be a prank victim” – Mydin Staff Pranks Their Boss For His Birthday 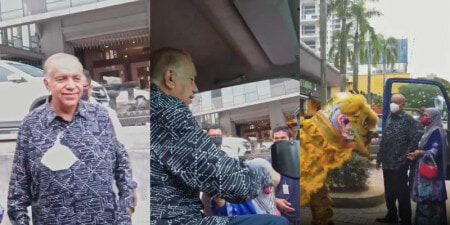