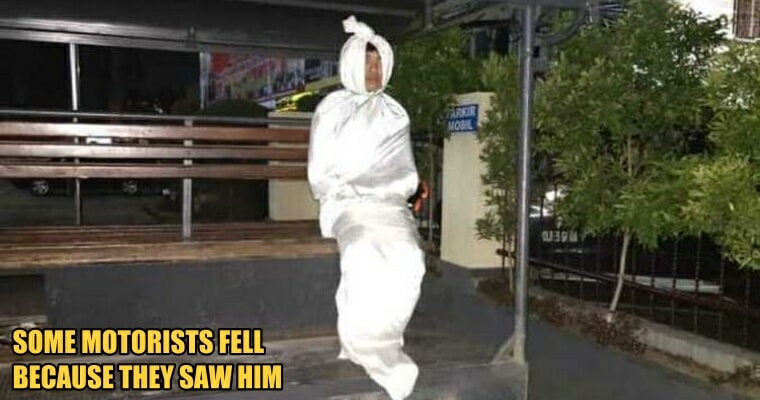 What happens when a prank goes too far?

A 17-year-old boy from Indonesia decided to wrap himself in white cloth and pretended to be a “Pocong”, and he ended up being arrested by the police last night (17 January).

According to Astro Awani, the boy who wanted to be known as MS, nearly caused a person to fall from his motorcycle because he saw a “Pocong” last night at Jalan Mustafa. 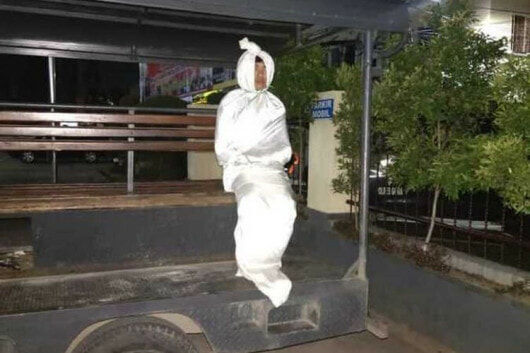 “I saw the ‘pocong’ sitting beside the road and it scared me so much I almost fell. It’s even worse because it happened on a Friday night.”

Citizens began lodging police reports after spotting the Pocong, and the police patrolled until they had found MS. After the boy was arrested, he said that he was just messing around after work. Apparently, he is working for a marriage consulting business and he found a piece of white cloth as he was dismantling a bridal dais. 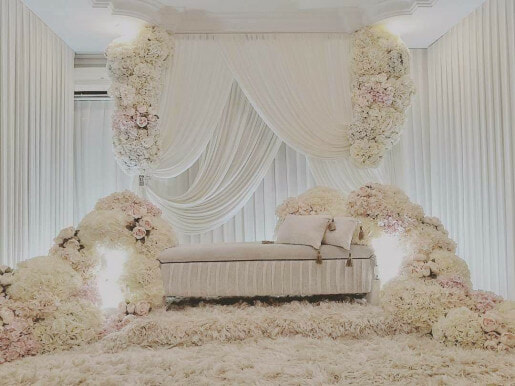 The boy from Gowa, South Sulawesi, tried to wrap himself up with the piece of cloth to make himself a Pocong, and he managed to scare the public with this prank. The police also urged the public to not take actions that threaten everyone’s safety, referring to this boy’s prank. They also revealed that some motorists did fall from their vehicles out of fright after seeing Pocong on Thursday night (10 January). 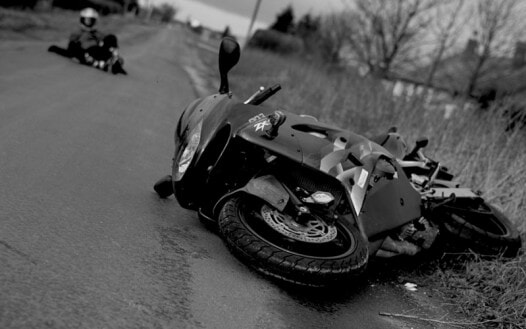 MS is currently being held at the Gowa Police Station.

“We expect the public to refrain from doing strange things that could endanger the safety of others like how this one did.”

While it sounds funny to us, it’s still important to keep pranks within limits. You don’t want to (accidentally) kill someone with a heart attack. 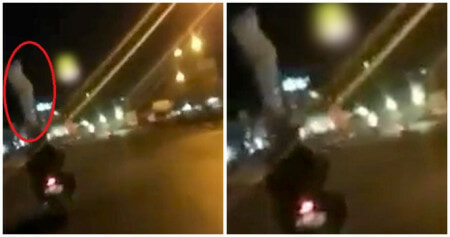