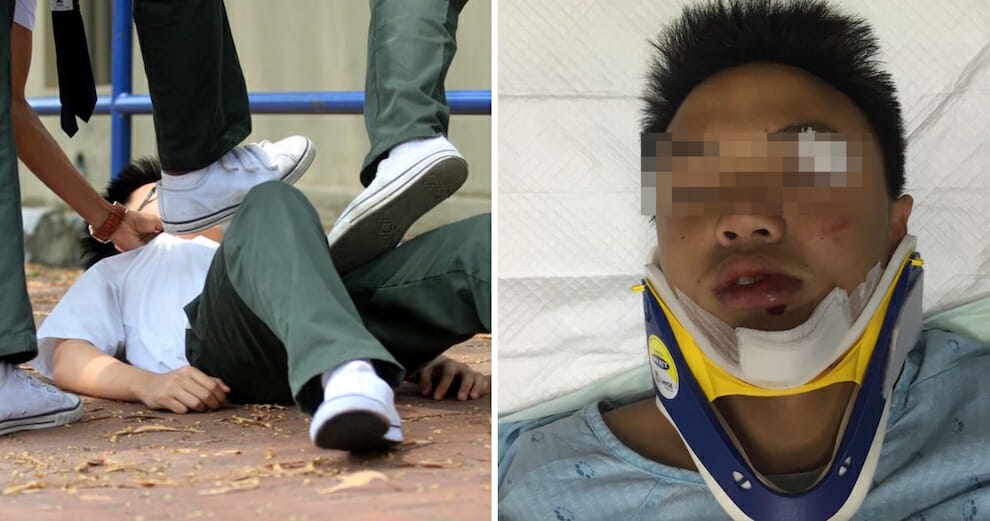 In a Facebook post that recently began to circulate more than a week ago (12th April), a concerned mother shared that her 14-year-old son was allegedly assaulted at a private school in Kuala Lumpur.

The mother wrote in her post that at 2.43pm on 9th April, she received a call from her son’s school, informing her that he had a bad fall and was being sent to Gleneagles Hospital on a stretcher while being accompanied by the school’s nurse and physiotherapist. 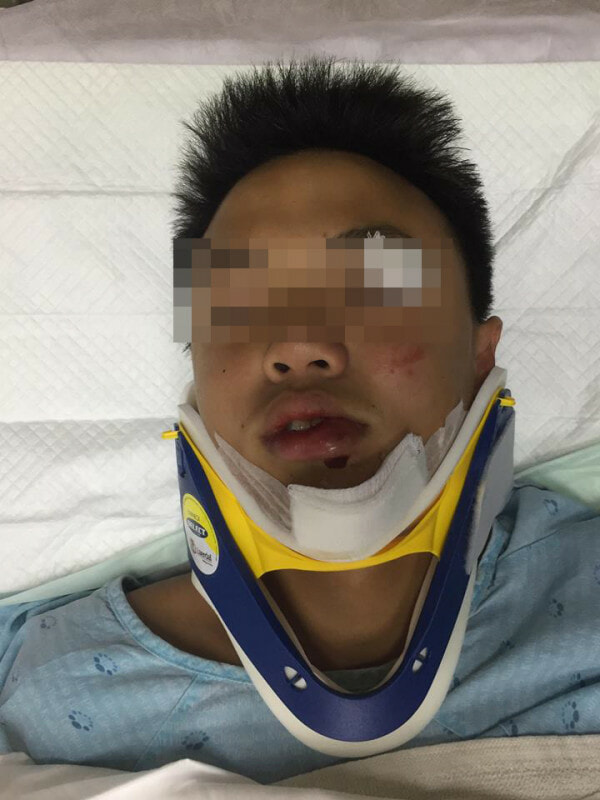 When they arrived at the hospital at 3.15pm, the nurse informed the doctor at the emergency room that the boy had a seizure and then fell down, causing him to suffer a number of injuries on his face. However, when the boy’s father went over to the school later that day to find out what exactly had happened, the vice principal then told him that the 14-year-old fell before he had a seizure.

Meanwhile, according to the Malay Mail, the police are currently investigating the issue under Section 325 of the Penal Code for causing grievous hurt. Wangsa Maju district police chief Supt Nor Azmy Yusoff told the daily on 22nd April that police have already taken the statements of four people, including the victim’s mother and witnesses. The police chief was quoted as saying,

“The police had also gone to the school to take statements from the school authorities on April 12. They were told by the school that it would provide information after completing its internal investigation.”

“School authorities had also suspended a 14-year-old suspect from school for three days until April 12.”

However, the school has since issued a statement saying that reports of a student getting suspended for 3 days is incorrect, but assured that it has been fully cooperating with police investigations and even shared the conclusion of their internal investigation with the authorities. 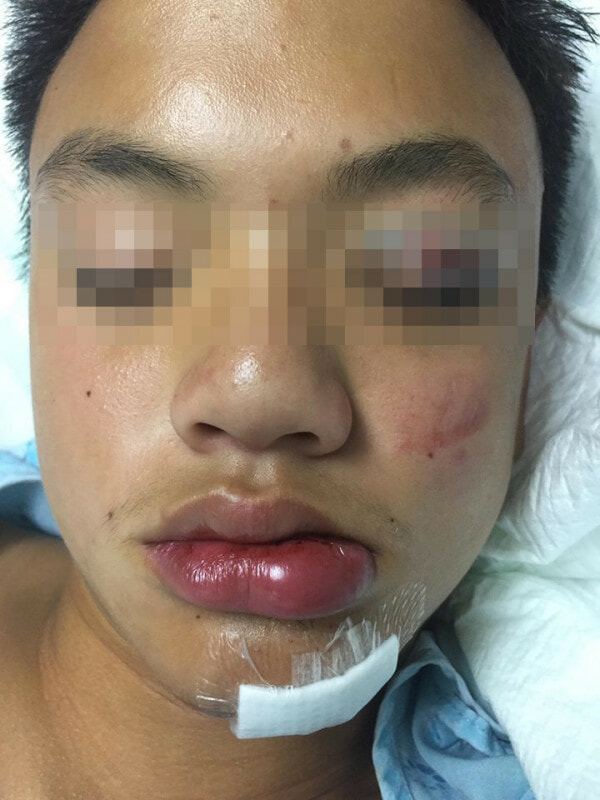 In another Facebook post from the mother two days after the incident (17th April), she updated that her son was well enough to go back to school and confirmed that he did not experience a fall or seizure and was in fact assaulted by a classmate. According to Oriental Daily, the 14-year-old victim reportedly had to get 38 stitches and even sustained an eye injury.

UPDATE:  WORLD OF BUZZ received a statement from the school in question, the International School of Kuala Lumpur (ISKL) addressing the incident, and has clarified that media reports about a child being suspended for three days were untrue. An excerpt from their statement reads,

“The well-being and care of students are at the heart of everything we do and we fully appreciate how emotional the past week has been for everyone involved and how important it is to come to a closure.”

“Any violent acts or behaviour against fellow students will not be tolerated by ISKL, and appropriate disciplinary action for this specific behaviour has been taken according to our school administrative regulations and Student Handbook.”

“As previously communicated with our community, upon the conclusion of any incident, our process is to debrief and review our protocols, procedures, and communications, and make changes if necessary. We assure you of that.”

While we’re glad that the student is making a recovery and is back in school, we also hope that the police thoroughly investigate this incident.