A 13-year-old boy was tested for drugs by the National Anti-Drug Agency (AADK) on 20th August (Tuesday), reported The Star. He was tested positive for the drug known as methamphetamine.

The teen is from Kuala Kedah, and he is the only son of a single mother. He is identified as Atan and his mother is called Nor (not her full name).

Nor (age 41) is a divorcee, and she works odd jobs to provide for her family. She really hoped that her son would change his ways, having dropped out of school at a young age after he mixed around with the wrong crowd, which led him to get involved with drugs. Nor, however, only ever wanted her son to return to school. 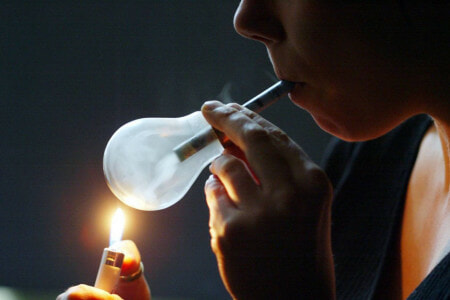 The bullying ended when his mother complained to a religious teacher in the school. Unfortunately, Atan had to stop going to the religious school because Nor could not afford the monthly fee of RM250, and he has not been to school since last year.

According to Nor, Atan hung out with a questionable youth called ‘Botak’ from their village. The youth told Atan that if he helped to catch crabs, he would be given some money. However, instead of being paid some money, Atan was given meth.

The concerned mother made two police reports when her son didn’t come back home for a number of days about three months ago. 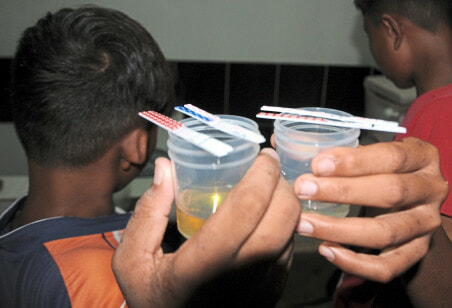 The unit chief of AADK Kota Setar and Pokok Sena, Suria Azlina Shaarin said that Atan will be referred to a district welfare officer. He and the other teens who are affected will be brought under the care of a child protection team. The authorities will talk about Atan’s future with his mother.

The president of Malaysia Crime Prevention Foundation (MCPF), Kota Setar branch, Dr Zaki Zamani explained that Atan could have been influenced by his cousin (age 13), who also dropped out from school. He added that a neighbour who is a drug addict was supplying them with drugs for the last few months, and he has already alerted the authorities about the neighbour.

It’s always a serious concern when teenagers develop addiction issues. Parents and members of the community should work hand in hand to curb the usage of drugs in their neighbourhood. It is hoped that Atan and the affected teens will receive the help they need, and he will continue to pursue his education after that. 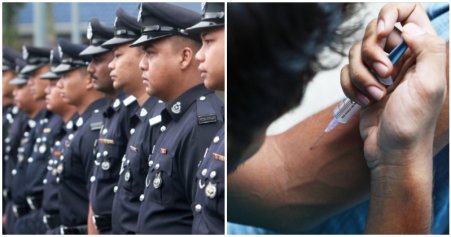