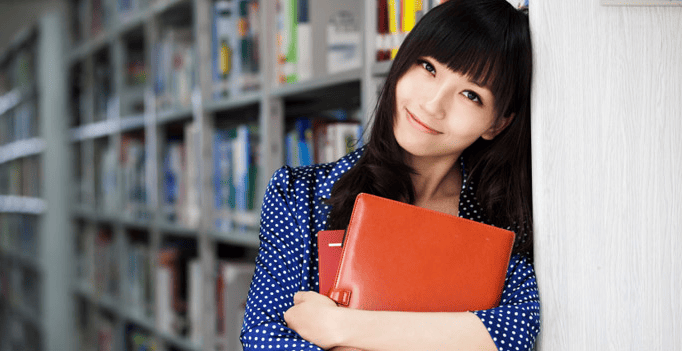 Remember those good old schooling days when all Malaysian students had to worry about were assignments, homework and exams? While the classes are generally made up of a motley bunch of students, there’s definitely a top student in every class, that one student who was intelligent and always had the best results.

Well, here’s a list of relatable things that Malaysian students would understand especially if they were one of those top students or maybe they knew someone who was one!

1. It’s sometimes embarrassing but secretly, they love the perks that come with being the teacher’s favourite student

2. The teacher always treated them better than the other classmates

3. They can practically talk to the teacher without feeling scared

Unlike several other friends who would likely run the other way when they spot him/her! Their reaction when they see a teacher approaching:

4. They DON’T actually have to sit in the front of the class

Everyone assumes that being the top student means that they MUST sit in the front row, but contrary to popular belief, these top students can sit anywhere they want and STILL score!

You are the favourite student after all 😉

4. Classmates always depended on them for answers

When the teacher asks questions in class, all eyes turn to them, because chances are that they already know the answer.

5. Their friends are envious at how good they are at the subject

Especially when they didn’t have to spend as much time studying as much as most of them!

6. They never understood the thrill of ponteng kelas

<
After all, they came to school to get educated, okay!

7. They’ve probably felt like this once too many times

8. They are practically the most popular kid during assignment grouping or exam period

Because this is when classmates would approach them for exam tips and notes as they know that the top student would have the complete set!

It’s not like they are selfish exactly, but they just felt that the other students should put in more effort. But if they don’t, then the other classmates will label them as “kiasu”! Why you all liddat one!

10. More often than not, they usually were the top scorers for most of the subjects in class

11. Of course, they’d have THAT ONE nemesis

Yes, it that one kid in class that could potentially take their top spot in class for that subject. And then they would try their best to recruit as many people as they could to be on their side.

12. That feeling when they spot a mistake the teacher made on the black/white board

13. The constant need to not make themselves stand out otherwise other classmates will consider them to be ‘action’ or ‘berlagak’

It’s pretty toxic and unfortunate for people to be behaving this way, but there will always be envious students. Just answering one question right may already get them labelled as ‘berlagak’ even if it was far from showing off.

Which is very similar to what this seven-year-old child prodigy named Mary had to go through in the upcoming movie, Gifted, also starring Chris Evans (yes, that hunky heartthrob who acted in the role of Captain America!).


Watch how Mary, the mathematical genius who has already mastered advance calculus, go through life as Frank wants her to live a normal childhood but her grandmother is adamant that Mary should be specially tutored to be a mathematician.

So, mark your calendars this 27th April and be prepared to be amazed by the mathematical prowess of a little girl and to watch some eye candy provided by Chris Evans!