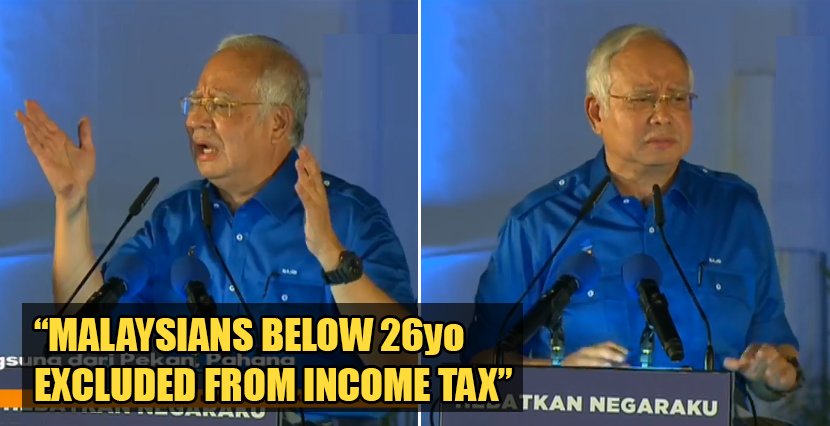 On 8 May 2018, both PM Najib and Dr. M had their last attempts to try and win more voters before GE14, a blatantly crucial day for all Malaysians.

If you didn’t manage to tune in for PM Najib’s final speech, fret not! Here are some of the things he said during his 30-minute speech!

1. BN has ruled the country for 60 years 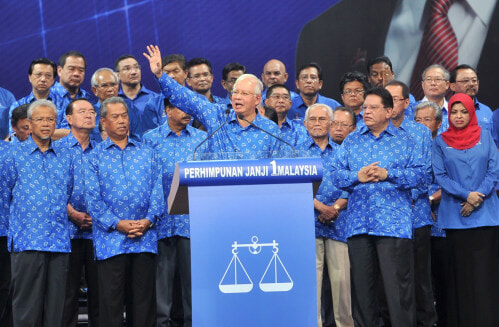 Our dearest prime minister starts off his speech, reminding fellow Malaysians on how far we’ve come in this country. Then, he mentions that due to BN’s long reign, they’ve made changes after changes for the country. The party always gave consideration to their people, in hopes to always lighten their burdens in terms of cost of living by providing allowances, along with other initiatives.

2. BN does not simply put forward a manifesto

He clarifies saying that BN does not throw out a manifesto willy-nilly, instead only when it actually helps the citizens.

Wow, look at all dat sumbangan yo!

3.  BN: party of the future, party for the future

PM Najib declared that BN is a force to be reckoned with. The party is always looking ahead, not current, nor back to the past. He jokingly adds, “We are not a party of the past. We don’t need a leader who’s already retired.”

As long as you’re not over the age of 26, it doesn’t matter how much you earn because you wouldn’t have to pay any income tax! (This only applies if BN wins of course)

PM Najib further explains, “We understand that youngsters nowadays need a lot of money for spending. For instance, to pay off their car, room rental, allowance to the parents, and more.

5. BN pays utmost importance to being united, respecting, and loving among races

“No one is left behind!” exclaimed PM Najib Razak, believing that it is such inclusive behaviour that builds a good foundation for the country.

If the party wins, 14 and 15 May will be declared a public holiday! As for the states who have their holiday on Friday and Saturday instead, the dates for the public holiday will be on the 13 and 14 May instead. 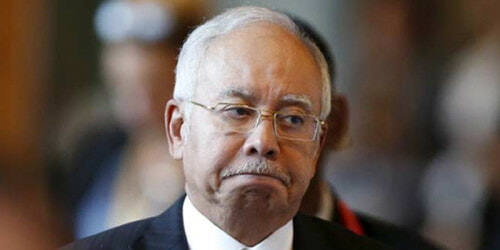 Being in politics is not fun. PM Najib addresses how there’s been a lot of personal attacks during this campaign period.

“I’m PM but also human, and have feelings too. I’ve been put down and insulted but I take it as God’s test. This is what I’ve to go through as a leader.”

8. More money being distributed to the people

9. There will be NO toll fees collected during Aidil Fitri 2018

If BN wins, all toll charges during Aidil Fitri will not be imposed for 5 days. Makes balik kampung so much cheaper!

10. “Based on what we’ve announced, it’s clear that we’re not a country that is bankrupt nor has failed.”

“We don’t need saving, because Malaysia is a successful country.

“I, as acting PM, want Malaysians to live in happiness”

With that, he ends his speech saying, “The rakyat wants me to continue fighting.”

“I, with a full heart ask the voters, without any hesitation, to choose Barisan National this GE14. The party that has a proven track record and stellar performance. A party that always fulfills their promises.”

Regardless of which party you choose, just remember that your vote determines the future of our country. So choose wisely. 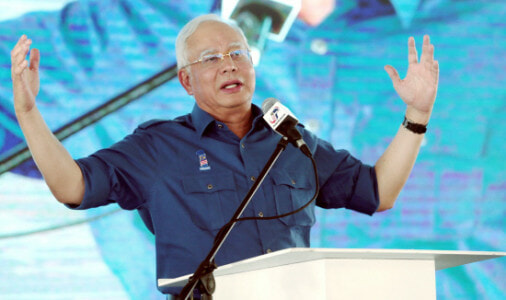