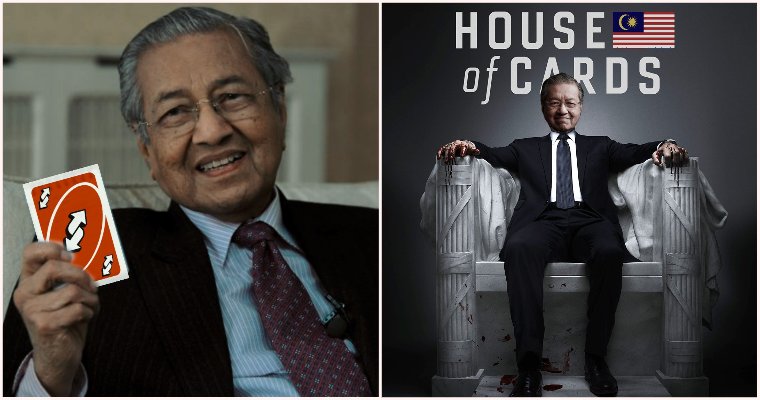 If there’s one thing you can count on Malaysians to do, it’s to make memes out of every serious, potentially-life changing situation.

Now that our nation is undergoing some serious governmental imbalances, Malaysians who are waiting for the final result as to who our new Prime Minister would be are spending their time creating memes of the current situation while they wait.

And we have to add, they’re all quite entertaining. Here are just some of our favourites.

Some netizens are using card games such as UNO to illustrate Tun M’s decision to resign.

Everyone : What actually happen?

Aikiu (@Iq_Dazhmil) also went with the UNO angle, but he portrayed Tun M to have pulled out multiple Reverse cards.

Tun M right now using all of the reverse card for the end game. pic.twitter.com/VevGcpRB8j

He wrote, “Tun M using all of the reverse cards right now for the end game.”

But they’re not the only ones to utilise games to add humour to the current situation.

Facebook page What The Malaysia showcased a meme created in the style of a Fallout chat box.

PH: Anwar is our last hope. We need the power transition to happen now!

He wrote, “Pakatan Harapan: Anwar is our last hope. We need the power transition to happen now!”

But that’s not all.

Netizens have also realised that the drama and intensity surrounding the current coalition makes for very good television content.

Zenol Result SPM 7A (@zainulfer) shared his vision for what could possibly be a Malaysian politics-centred Netflix show titled ‘M’ for Mastermind.

Tun M is an unpredictable man. He deserve a netflix series!! @NetflixMarvel8 pic.twitter.com/EjBehpTNmM

He wrote, “Tun M is an unpredictable man. He deserves a Netflix series!”

Apparently, our now former prime minister also found himself in a dance with dragons, thanks to Harry Kok Siew Yok.

He wrote, “Game of Tuns.” An homage to the popular TV series, Game of Thrones (GoT).

He also made an appearance in the Marvel Cinematic Universe (MCU), after getting his hands on Thanos’s infinity gauntlet, as shared by Raishah Razali (@RaishahRazali).

It turns out that Tun M has also been adapted into an anime villain.

Danial Azmy shared a group of his favourite anime villains for outsmarting those around them.

And lastly, considering the fact that Malaysians are impatient people in general, they’ve decided that they cannot wait for the authorities to announce a new Prime Minister and are taking the selection process into their own hands.

Job vacancyTitle: Prime MinisterLocation: PutrajayaFresh graduate with 15 years experience are encourage to apply. Please submit your application thru the comment section below.Thank You

They wrote, “Job vacancy. Title: Prime Minister. Location: Putrajaya. Fresh graduates with 15 years of experience are encouraged to apply. Please submit your application through the comment section below. Thank you.”

Their posting has even been shared over 7,000 times!

And there you have it, proof that Malaysians can have a great sense of humour even during times of turmoil and crisis.

Let’s just hope that we can keep up the good vibes throughout the entire transition process and if anymore unexpected news pops up!

Did we miss out your favourite? Let us know in the comment section. 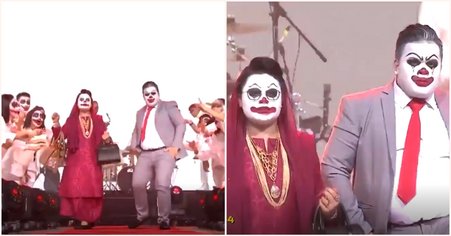