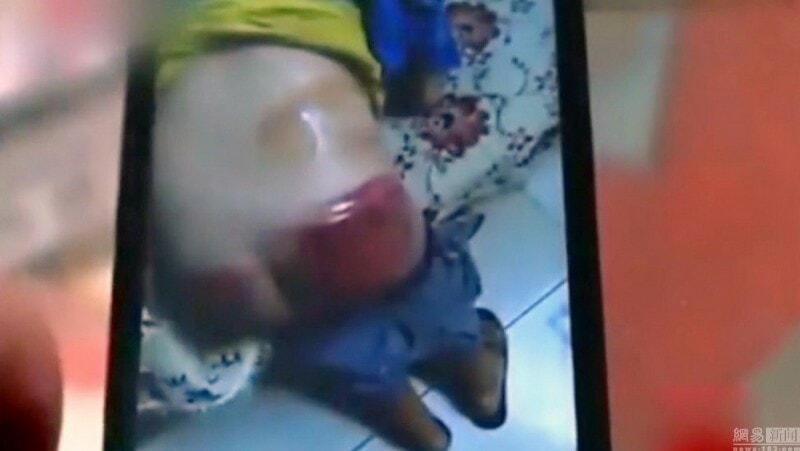 A father from Chongqing, China was horrified after he discovered severe bruises on his 10 year old son’s body. His son’s body was very badly beaten whereby the teacher had used two broomsticks to hit his buttocks, breaking them BOTH in the process.

The father, Mr Hu, came forward with his story of the incident, trying to seek compensation for his poor son.

When his son came home crying and wasn’t able to sit down properly, Hu removed the boy’s pants to check, only to discover the gruesome bruises on the bum.

“I pulled down his pants and he screamed. He was very scared. His butt was black and his pants were drenched in blood so much that his broken skin was sticking to the fabric.”

Upon questioning his son, the son admitted that it was his teacher, Mr Li who had hit him.

The upset father quickly contacts the teacher which confessed to punishing the boy because he didn’t complete his dictation homework that day. The teacher took the boy to his office and made him squat and count to 400.

When the boy failed to count to 400, his teacher grabbed the broomstick and started beaten him until it broke. Li then took another broomstick and hit him with it until that one broke as well.

His son was taken to the hospital to seek treatment but was able to return to school afterwards. Although he didn’t suffer from any permanent injuries, the scars were still visible on his flesh and we’re pretty sure the whole ordeal must be very traumatizing for the kid.

Hu contacted media to report about the terrible act the teacher has inflicted on his son. He showed reporters images of the injuries his son sustained. While sobbing, he told them:

“Look at this, I look and it breaks my heart. Look here, how could he be beaten that badly? He is my own son and I could never do such a thing to him, if I was a teacher, there is no way.”

So far, both parties have yet to reach an agreeable amount.