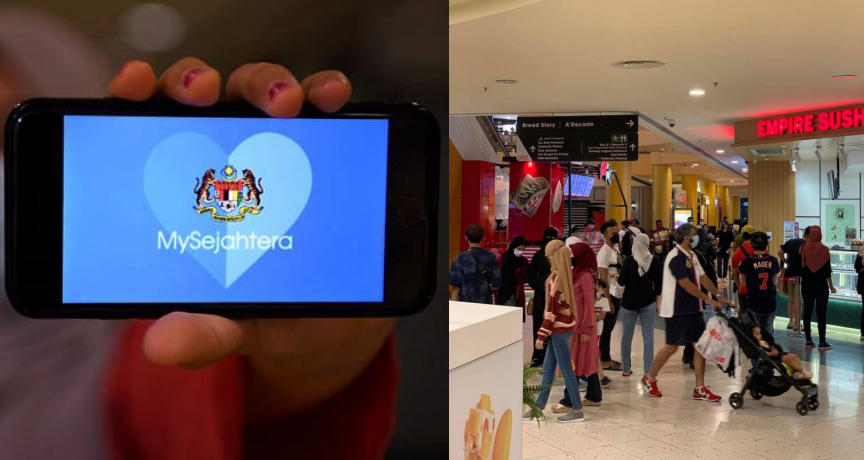 Starting from 5 September 2021, Malaysians have to click on not only the check-in button but the check-out button as well when they enter and leave any premises.

On 2 September, Health Minister Khairy Jamaluddin took to his Twitter account to introduce this new function of the MySejahtera app. “The @my_sejahtera team will push a new build tonight making it easier for people to display their risk level and vaccination status – this will ease living with Covid, together,” the tweet states.

He also added that a check-out button has been added to the app, and the public will only need to press the button, without scanning, when they are leaving a place.

The new function also made netizens confused on whether will one be fined if they did not click the check-out button, a fake infographic saying that those who did not check out using MySejahtera will receive a fine of RM1500, featuring a photo of Khairy Jamaluddin went viral on Whatsapp.

However, the Ministry of Health has debunked the fake infographic yesterday, clarifying that: “This viral graphic in WhatsApp is fake. No fine of RM1500 will be issued if you don’t “check out” in MySejahtera as stated in the graphic.”.

Anyhow, the use of the check-out button is still compulsory. Do follow these latest rules and update your Mysejahtera application when you are heading out!