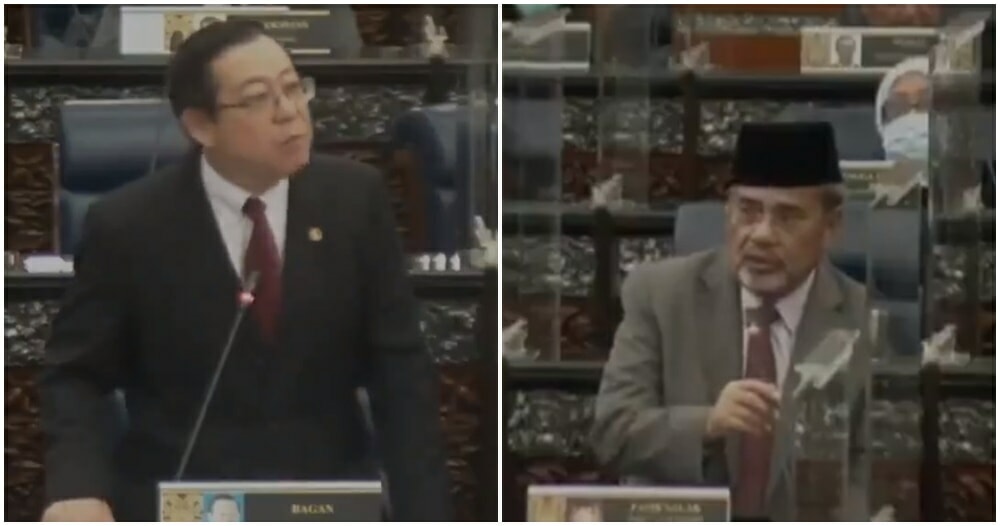 If you’ve been keeping up with the Dewan Rakyat proceedings that have been taking place over the past month, you’d know of how certain politicians can get quite rowdy when they disapprove of the MP who is speaking. However, that doesn’t excuse the rude interjections that sadly reflect the way issues are often addressed in parliament.

In a clip posted by Astro Awani regarding a topic that was tabled in one of the proceedings that took place yesterday (13 August), former Finance Minister, Lim Guan Eng, took the floor to address how the moratorium period needs to be extended:

“If it is possible, extend the moratorium period. It will save employment and businesses as the costs aren’t even that high. RM35 billion is allocated under PENJANA. The cost to extend the moratorium is only as much as RM6.4 million. If banks are unable to bear these costs, I ask that the government take out this money so we can help more than 300,000 businesses in need,” said Guan Eng.

Suddenly, Pasir Salak MP, Tajuddin bin Abdul Rahman, started chiming in with comments that Guan Eng was “poli-seeking” before interjecting, “when you were Finance Minister, you didn’t even help”.

In a flurry of heated comments, a couple of opposition MPs came to Guan Eng’s defence, “Diamlah (Shut Up) Pasir Salak!” In response, Tajuddin raised his voice and repeatedly spoke over Guan Eng, “Who is speaking now?”

While the Dewan Rakyat Speaker intervened to ensure things didn’t go out of hand, several opposition MPs weren’t too pleased about the events that transcended. Segambut MP, Hannah Yeoh, took to Twitter to voice out her displeasure:

This is how UMNO heckles @guanenglim in Parliament when he was debating a very serious issue on extending moratorium for Malaysians who need it! https://t.co/TDNSZoKEKn

“This is how UMNO heckles @guanenglim in Parliament when he was debating a very serious issue on extending the moratorium for Malaysians who need it!”

While some agreed with her, others said that opposition MPs need to be careful of the kind of questions asked in parliament as government MPs are always ready to counterattack.