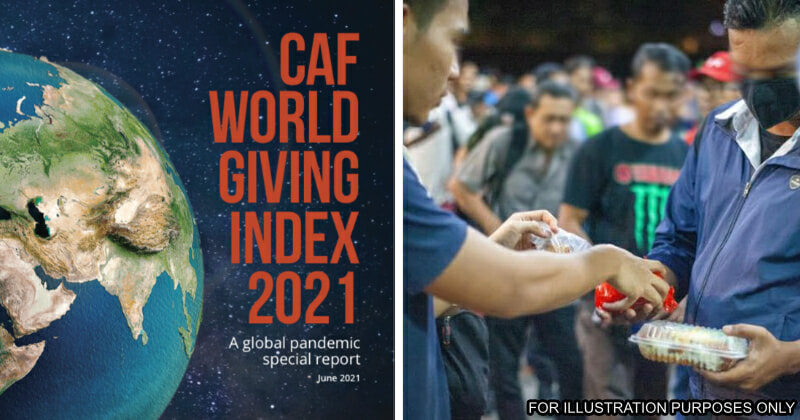 The Charities Aid Foundation (CAF) recently released its 2021 annual World Giving Index report and its findings throughout the pandemic-hit year that was 2020, which is in a global pandemic special report may surprise you. Ranking over 140 countries worldwide using data gathered by Gallup, an American analytics and advisory company, the World Giving Index is aimed at giving insight into the scope and nature of giving around the world.

Furthermore, the CAF World Giving Index offers a unique glimpse of global trends in generosity. The study interviewed over 1.6 million individuals across the globe since 2009 and the result is one of the biggest surveys into giving ever produced. The three factors determining a nation’s score include how many individuals helped a stranger or someone they didn’t know who needed help, how many donated money to a charity and how many volunteered their time to a charity organisation. 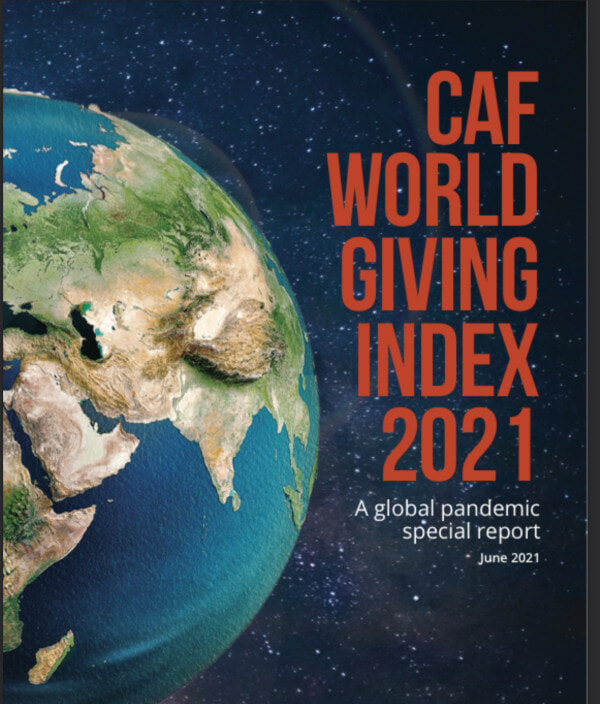 According to the data and study conducted throughout 2020, more than 3 billion people – over half (55%) of the world’s adult population – helped someone they didn’t know last year. Faith in humanity restored!

This is the highest ever recorded since CAF World Giving Index started in 2010. It seems that the Covid-19 pandemic has really brought the best out of people worldwide, with more people donating money in 2020 compared to the past 5 years.

The Top 10 most generous countries list has also changed substantially in 2020, with countries that have consistently featured in the Top 10 falling significantly down the list, including the United States, United Kingdom, Canada, Ireland and the Netherlands. Instead, most of the Top 10 for CAF World Giving Index 2021 are developing countries. 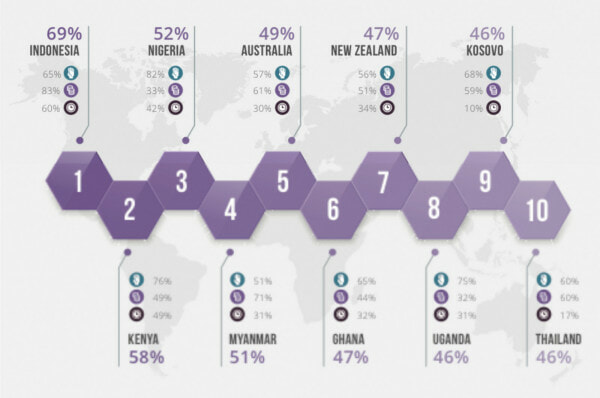 The world’s most generous nation according to the CAF is Indonesia, which took the top ranking after being placed number 59 in 2018. More than 8 in 10 Indonesians donated money in 2020 and the Republic has a much higher than average rate of volunteering than any other country in the world. Zakat, a traditional form of Islamic charity were particularly high in Indonesia during that period which helped them top the list. In fact, there were calls from Indonesian religious authorities for people to use Zakat to help people in their communities who were experiencing hardships as a result of the economic slump caused by the pandemic.

So, what about Malaysia?

Well, with a score of 40%, our country is tied with Uzbekistan as the 29th most generous nation in the world. According to CAF World Giving Index, in 2020:

Awesome! We’re pretty sure with the amazing #BenderaPutih campaign that Malaysians launched in 2021, we would definitely be ranked higher in the World Giving Index for next year’s report.

What do you guys think of the study by the Charities Aid Foundation? Are you surprised at the Top 10 most generous countries in the world list? Share your thoughts with us in the comments!

Also read: “I hope this brightens their day” 4yo Boy Donates Homemade Snacks To Food Bank For His Birthday 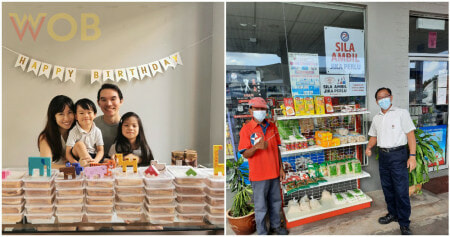