It’s something that comes naturally, and sometimes we don’t even realise we’re doing it.

We could be sitting in our cars, or maybe waiting for the train or Grab driver and simply listening to our favourite jams, and then it happens.

Well, if you’ve ever wondered why you do this, read on to find out!

According to CNN, when we listen to music, our brain releases dopamine, a.k.a. the happy hormone, in response to pleasure-related stimuli.

In fact, imaging of the brain has revealed that this process happens in response to food and sex too!

That’s how much our brains love music! In fact, at the moment of peak pleasure, our bodies get such a rush of dopamine that it is said to be comparable to meth. This partly explains why listening to music translates into bodily movements too! Because I’m happyyy~

2. Our brains want to understand what we’re hearing

When we listen to music, we tend to act out the body movements which we believe mimics the sound, according to research.

For example, we often tap our feet along to the beat of drums when listening to a particular song, as if mimicking the instrument and trying to recreate the exact sound. This is our body’s way of trying to better understand music as a whole.

3. Because the music you’re listening to is “complex”

Research from Aarhus University, Denmark shows that the most danceable tunes had the right about of breaks in between beats which our brains fill with body movement. Our bodies are uncomfortable with awkward silences too apparently.

A survey by the same team also found that most people enjoyed songs that are both equally predictable (constant beats) and complex (gaps and breaks).

One good song example presented was Pharrell Williams’ ‘Happy’, which was so catchy it spent 15 weeks at the top of the Billboard 100 chart.

4. It helps us bond with those around us

Aniruddh Patel from the Neurosciences Institute in San Diego stated that our brain’s ability to cause us to tap along to music was meant as a way for human beings to bond in groups through shared movement.

Just like soldiers marching to the same beat in the army, a hidden purpose is to bond them socially.

In fact, studies have shown that people who dance to the same song more likely to be able to cooperate. So if you wanna bond with someone, it’s time to bring them dancing!

Music isn’t just fun; it’s scientific. So the next time you see your friends grooving along to their favourite songs, make sure you share these fun facts with them! 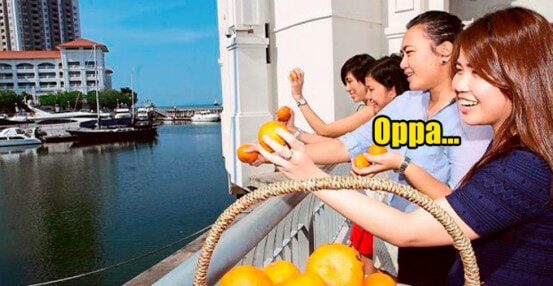