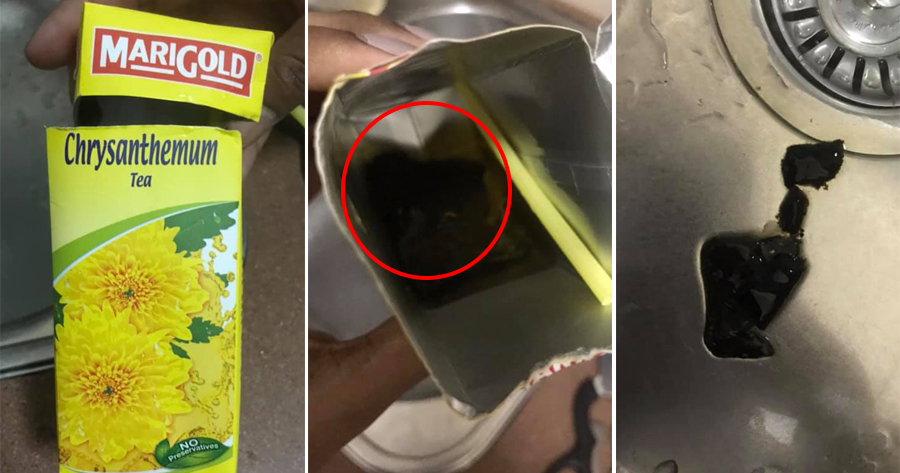 When taking a sip of a drink that’s either in a carton or a can, we can’t be a 100% sure that we’re drinking what we think we’re drinking as the beverages are often packaged in opaque materials. Because of this, a woman had the shock of her life when she discovered foreign substances in her drink carton.

The Singaporean woman shared on her Facebook about how she had a disgusting encounter with a carton of Marigold Chrysanthemum Tea two weeks ago when she felt a ‘pulp’ like substance in her mouth. 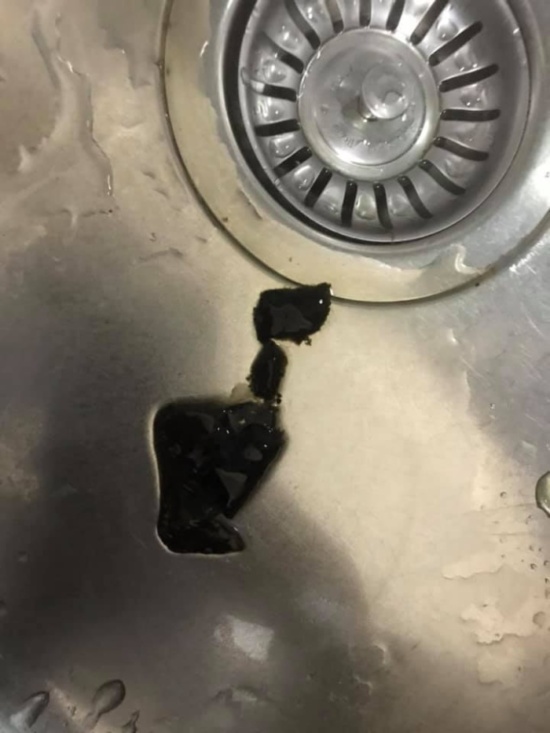 She immediately spat it out and was horrified to see that it was a black and jelly-like substance. She also cut open the top part of the carton she was drinking from, and found the same black substance at the bottom of the carton. It probably wasn’t cincau if you’re wondering. 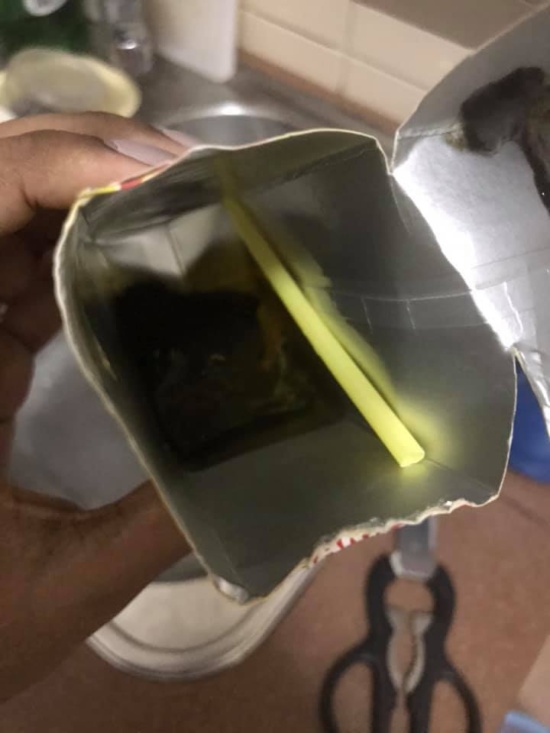 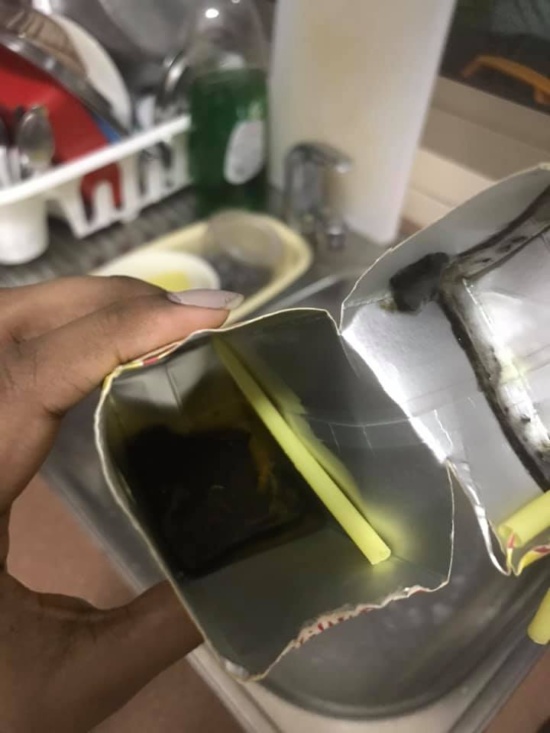 The woman then contacted Marigold Singapore to bring up her complaints about her drink, but she said that they allegedly did not take her seriously.

“I had sent an email to Marigold and had to call them to get an update of what was the contamination about, and told them to send me an email update but no one took it seriously,” she wrote.

“Called the manager of the marketing department and her way of compensation is to give me another carton of drink from Marigold. No thanks.”

She then claimed that she caught a high fever and had food poisoning.

At the end of her post, she warns readers to be careful of what they consume as the drink she consumed had not even expired but was already contaminated.

“Please be careful of what you consume, the expiry date is only next year but it was already contaminated,” she said. 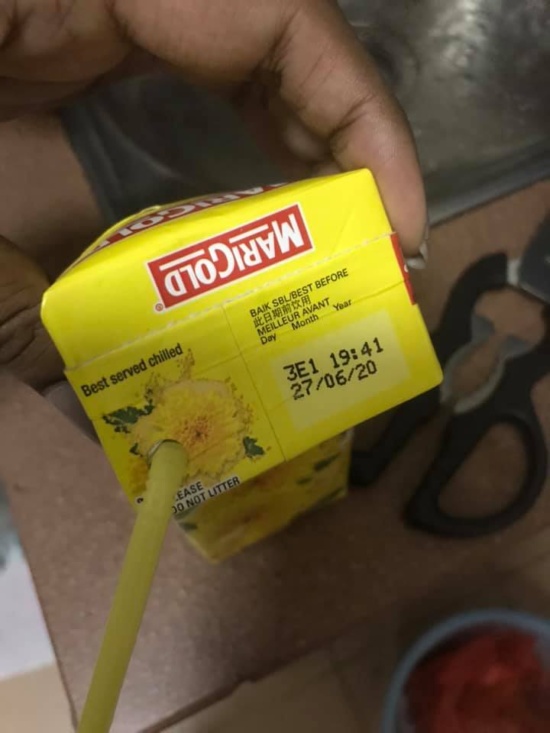 One day after her Facebook post went live, Marigold Singapore responded by saying that this was a one-off case. 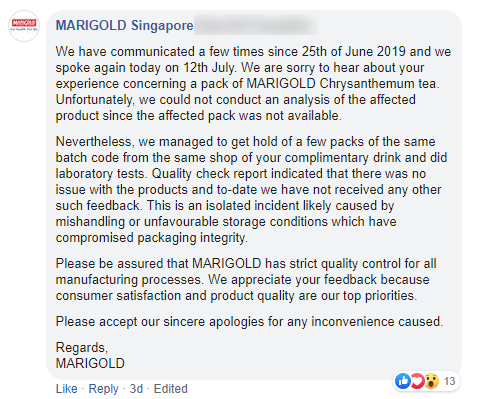 PLEASE DO NOT DRINK MARIGOLD CHRYSANTHEMUM DRINK.Two weeks back I consumed this packet drink. Half way through while I…

Yikes! This woman must’ve been really grossed out! Hopefully this doesn’t happen to any of us! 🙏🏽 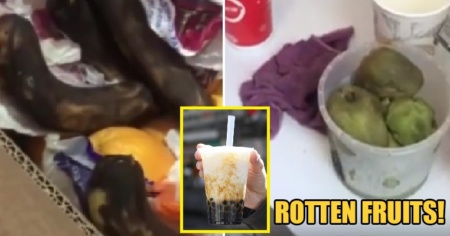