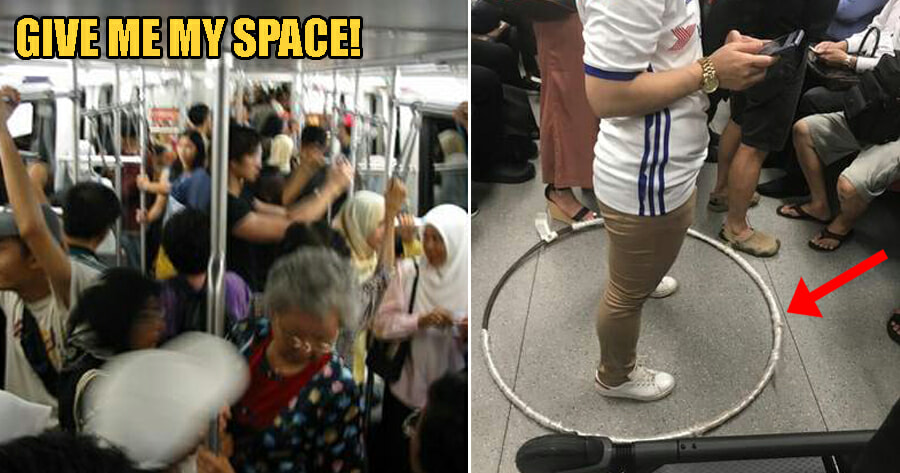 If you’ve taken the train before, you will know how annoying it is to be forced into close proximity with strangers, especially during peak hours. In such a small space, you’ll probably have to suffer through the concoction of different body smells while having a six-footer breathe down your neck.

If anything, you wish you could just build a barrier around yourself as a sign to everyone to stay clear of your personal bubble, but realistically, I don’t think anyone has time to carry that sort of thing while commuting. 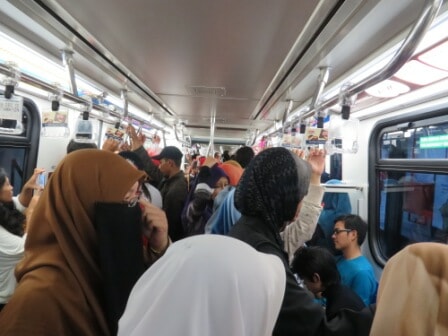 With that being said, it looks like all this woman needed to get her personal space was a single hula hoop!

Stomp contributer, Lee, shared a photo of a woman travelling towards Novena MRT station on the North-South Line in Singapore at about 10am on Thursday (25th July). At first glance, she looks like any ordinary commuter in the train, but look carefully and you can see a hula hoop around her on the floor. 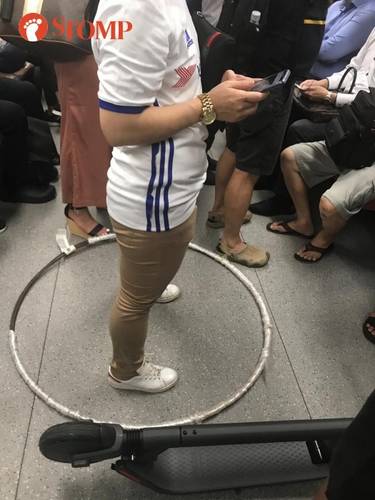 “The woman was already standing in her circle when I boarded the train,” Lee said.

“Everyone behaved like it was normal to not step into the circumference of the hula hoop. I found it hilarious as others were squeezing for space but this champion had a world to herself.”

The photo has received mixed reactions from netizens with some supporting her saying that they want to bring a hula hoop on the plane, while others disagreed with her actions saying that the woman’s actions were selfish.

Well, what do YOU think of this woman bringing a hula hoop on the train? Can or kenot? Let us know in the comments below!

Also read: Savage Lady Uses Toothpick to Stop Boy From Falling Asleep On Her On the Train 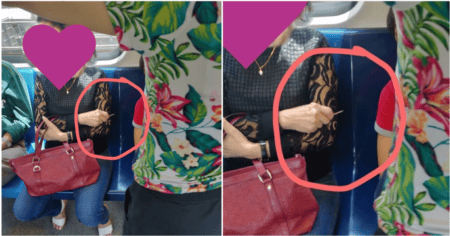