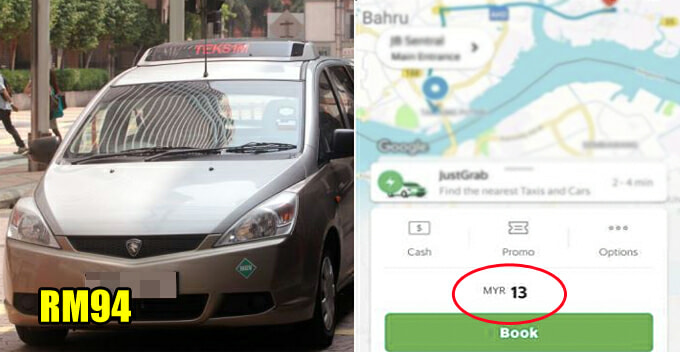 And they wonder why Malaysians prefer to use e-hailing services over taxis.

A Malaysian woman was recently cheated by a taxi driver as she paid a jaw-dropping RM94 for a 15km ride. This cut-throat incident happened on 17 January in Johor and she has since taken it to Facebook to warn other netizens.

According to China Press who interviewed the victim, the lady who wished to remain anonymous said she had just returned to Malaysia from Singapore and was heading to Permas Jaya to run some errands. Just when she was thinking about how to get there, a taxi approached her and offered her a ride.

Since it was already 2pm and she was running a little late, she agreed to give it a shot.

“I said I was going to Permas Jaya and he (taxi driver) said the fare would be RM45. I then asked if he can charge me based on the meter and he said that the price would be the same,” she wrote on Facebook.

While they were en route to her destination, the driver kept mumbling about something called ‘station fee’, hinting that there would be extra charges. True enough, when she handed him a RM50 note, the driver blatantly said the ‘station fee’ was RM49 and that she still owed him RM44 more.

“I don’t know why I had paid him either, maybe because I was nervous. In total, I paid him RM94,” she told the reporters.

She then told her friends and family about this taxi ride and everyone unanimously agreed that she had been swindled, as RM94 for a 15km ride is just ridiculous! The reporters also checked with the taxi association and were told that the rate was way too expensive!

In fact, the spokesperson from the association said the fare for such distance would only come up to RM30 at most! Just out of curiosity, the reporters set the same destination at around the same time on the Grab app and the fare was only RM13. Need we say more? 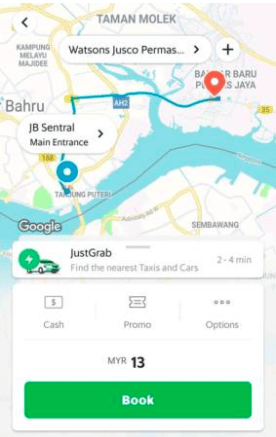 Of course, there are still honest and trustworthy taxi drivers out there. Having said that, even their honest pricing is a bit on the high side compared to e-hailing services and something must be done if they want to stay relevant and competitive in this industry. Don’t you think so? 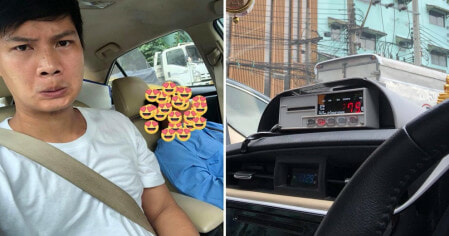