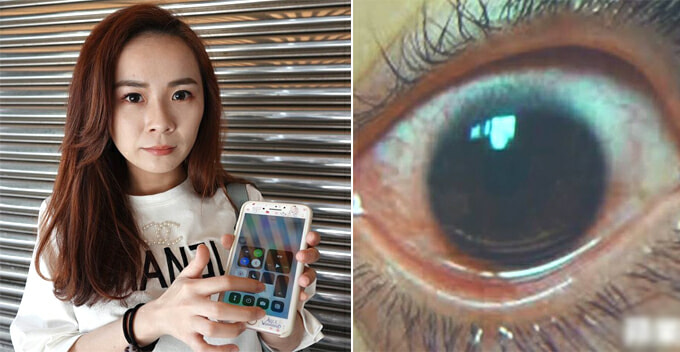 If you think the radiation emitted from smartphones is harmless, well, think again.

A 25-year-old lady had been unknowingly damaging her eyes for two years just because she set the screen brightness to maximum on her smartphone. This incident happened in Taiwan and she began noticing something was amiss in March 2018.

According to Apple Daily, the lady surnamed Chen is a secretary and due to the nature of her job, she must have her phone with her at all times as her employers expect Chen to reply their messages promptly. Not only that, she was required to move around outside which meant she often had to look at the screen under the sun.

Naturally, she adjusted the brightness of her screen to the highest level and forgot to lower it after working hours. At night, Chen would switch off the light in her room and watched some drama series on her phone with the bright screen. She had probably gotten used to it by now and didn’t notice that it was too bright so she did not adjust the brightness.

This went on for two years until March 2018 when she finally realised something was wrong with her eyes. At first, she tried to soothe the discomfort with artificial tears but it didn’t help much. Soon, her condition became more severe and just four months later, her eyes were bloodshot and in pain.

At the hospital, Chen was told by the doctors that the blood vessels in her left cornea were congested with blood and her vision was left with only 0.6. Meanwhile, her right vision was shockingly left with only 0.3 with over 500 ‘holes’ on the cornea. She was immediately treated with steroids and started showing signs of recovery after three days. Phewww… 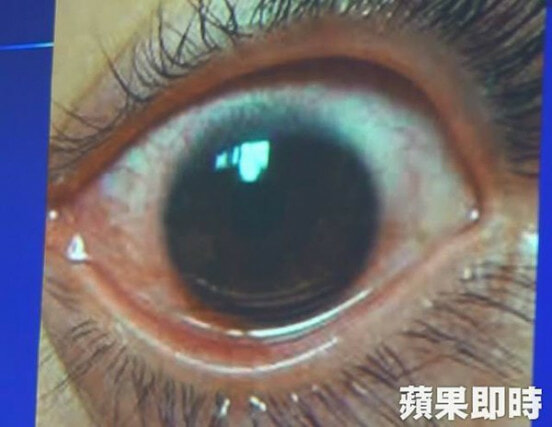 According to the doctor who treated her, Chen’s smartphone screen has been constantly emitting light at 625 Lumens, which is 300 Lumens more than the recommended level. “Using the phone with such brightness for over two hours means the eyes will have the same effect as being baked in a microwave,” the doctor said.

Users were also urged not to switch off the light at night when using their phones. Also, they are advised to set their screen brightness to 250 Lumens as it can potentially help to reduce eye strain and damage from blue rays.

If you know anyone who loves to use their screen or phone with maximum brightness, remember to share this article with them! 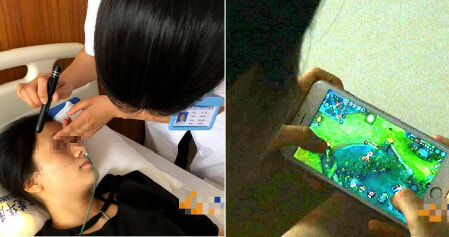