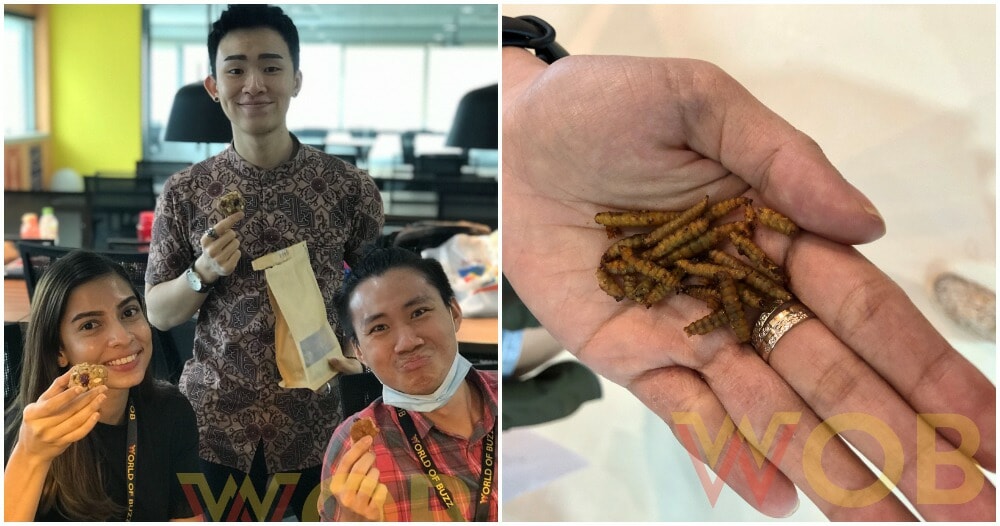 When we talk about cricket-based snacks, our mind immediately travels to Thailand and the abundance of insect snacks there. Now, humans can be divided into two categories, those who have tried cricket snacks and not like it, while the other group flat-out refuse to taste it due to prejudices.

We at WOB, refuse to fall into the second category so we got some cricket snacks from ento and to be honest, we were mind blown! 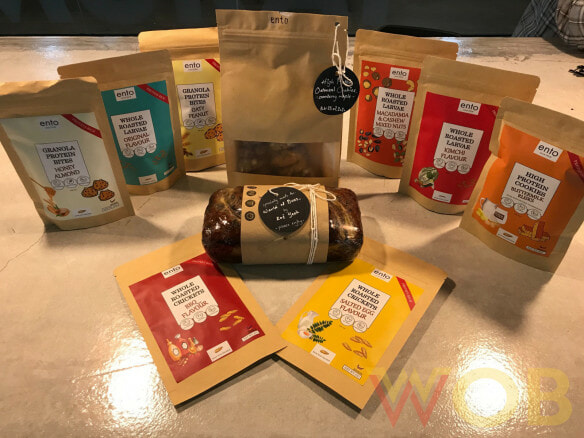 Before jumping into the review, a little backstory on ento. They were founded in 2018 and aimed to farm, process and market insects for human consumption.

Now, they didn’t just start using crickets for the sake of it but for its multiple health and environmental benefits. Did you know that crickets have three times more protein than beef and seven times more iron than kale? If you suffer from constipation, not to worry, as crickets also have four times more dietary fibre than oatmeal. 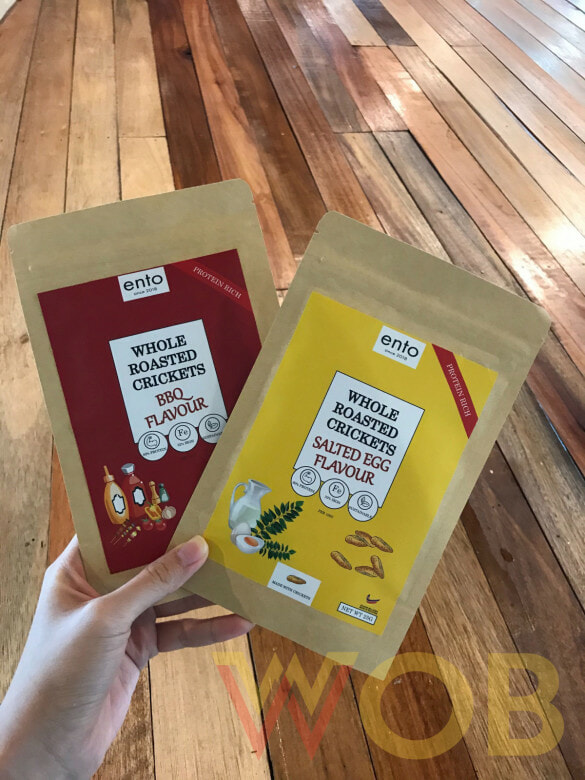 Producing crickets is also highly sustainable for the environment as they require 12 times less feed and 200 times less water. Greenhouse gases emission is also reduced by 100% through the making of cricket products.

Now, jumping into the actual review, admittedly we were a little hesitant to try out the crickets and larvae so we went for the High Protein Oatmeal Cookies at first. 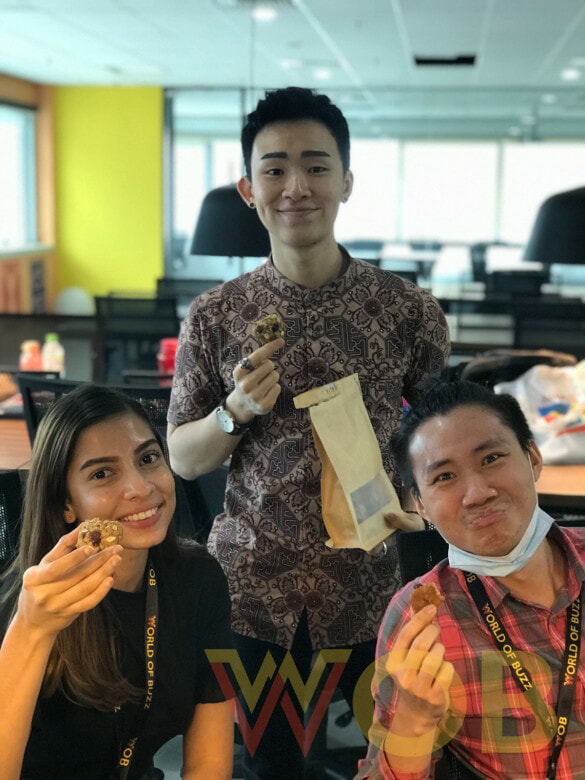 Our bd team were the guinea pigs for the cookies.

The cookies were pretty good and tasted like any good-ol oatmeal cookie. While we were expecting some cricket legs to stick out, but there was nothing of that sort and the cookies were delicious and chewy. 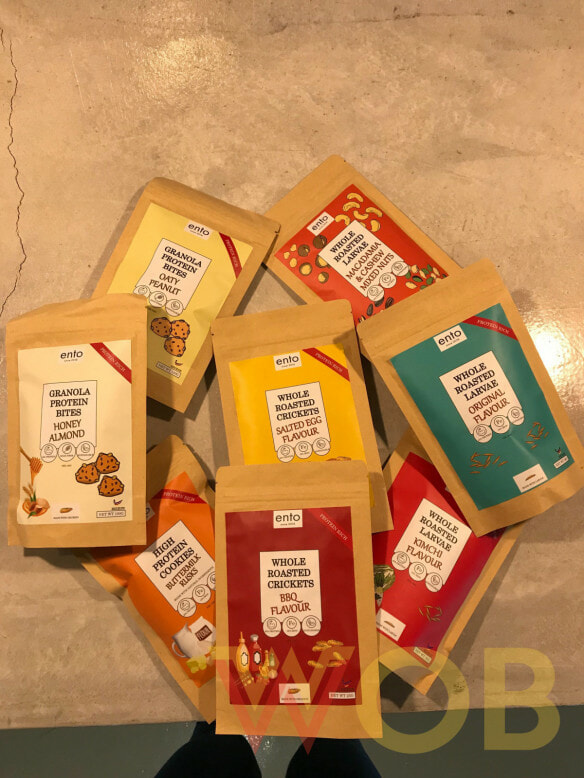 Feeling more adventurous, we went for the larvae expecting the worst. It was a pleasant surprise when we discovered that the larvae tasted like flavoured sunflower seeds. The kimchi larvae had a spicy, salty taste and the kimchi taste isn’t overpowering. 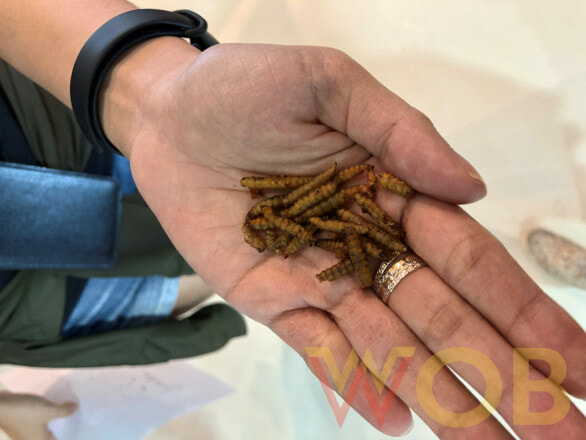 Although they look very “worm-like”, the taste was much better than how it looked.

At this point, we were pretty full so you’d think we would’ve stopped eating but the banana bread was just calling out to us and we had to dig in. 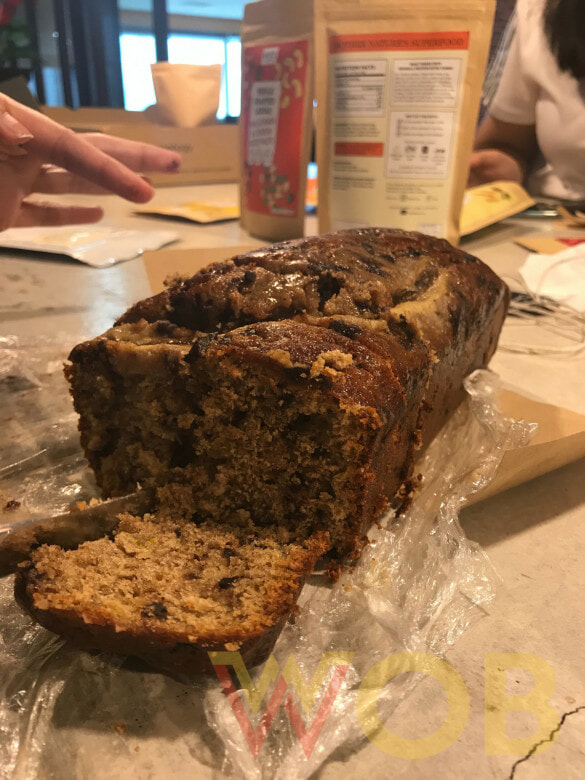 Just look at that all that goodness!

If you’re someone who’s not really into overly sweet desserts, this banana bread is the right one for you. Dense, nutty and wholesome would be exactly how to describe this cake. Now the cake and cookies are ento’s collaboration with a local baker, Zoé, a home baker based in Ara Damansara.

However, if you’re not really a dessert person, ento also offers their 100% pure cricket powder which tastes like a mix between roasted almonds and shrimps. While it’s mild-flavoured, it’s highly nutritious and will be a good protein substitute.

Tempted? You can check out more products and purchase them here!

Also read: WOB Tries: We Bought A Pan of Fudgy Brownies For Only RM50 & It Was SO WORTH IT!