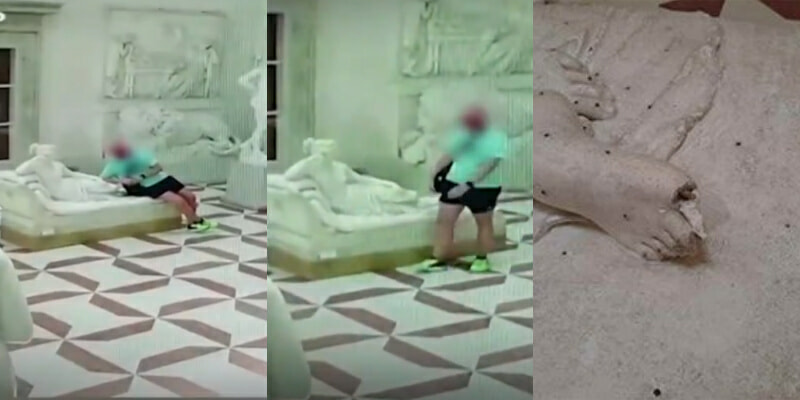 “Don’t touch the art” or “Nice to see, nice to hold, once broken, considered sold” is a simple rule enacted in any location that exhibits things of value. But for the select few who choose to ignore it, have left their mark of mangled artwork to the dismay of others.

This is an example of one of those cases.

The Gypsotheca Antonio Canova Museum on Possagno, Italy recently released footage which witnessed a clumsy 50-year-old tourist from Austria snapping off the toes off a 200-year-old sculpture while taking a photo.

The sculpture, a plaster cast model of famed sculptor Antonio Canova’s Paolina Borghese Bonaparte as Venus Victrix, became a victim after the tourist in question tried to capture the perfect image before snapping off three toes in the process.

To give you an idea of what took place, here is a video of the incident shared by Reuters.

In the video which has garnered more than 300k views, saw the man trying to take his picture as casual as possible and crumbling the toes of the sculpture before leaving the scene.

The man, however, was called in by the authorities for further investigation, thanks to the new coronavirus measures in place whereby it is mandatory for visitors to leave personal contact details with staff at the museum.

“The Venus Victrix, whose naked model was Paolina Borghese, sister of Napoleon Bonaparte, is his most famous work.”

It is good to know that the culprit has apologised for his mistake, and offered to pay for the restoration of the statue. 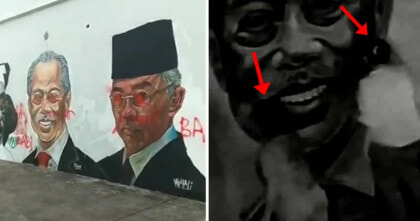