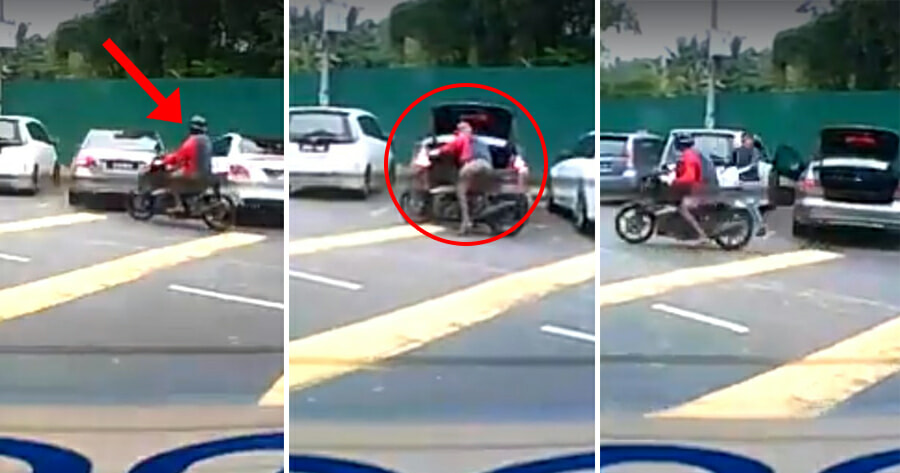 Thieves are getting smarter with each move they make and many victims are taken off guard whenever this happens.

In a video posted on a Facebook group, a motorcyclist is seen stopping right behind a car that was just about to reverse out of the parking space.

With nowhere to go, the driver has no choice but to wait for the motorcycle to move before they can reverse out.

This is when the thief takes the chance to open the car boot, take the things and speed off. By the time the driver realises what is happening and gets out of the car, it is already too late.

According to the post, the incident happened in Bandar Puteri, Puchong, but it can happen just about anywhere.

The car involved in this incident had a latch for the boot located on the outside which made it possible for the thief to easily open it and take whatever is in the boot. If only the driver had locked his car, the thief would not have been able to open it from the outside. 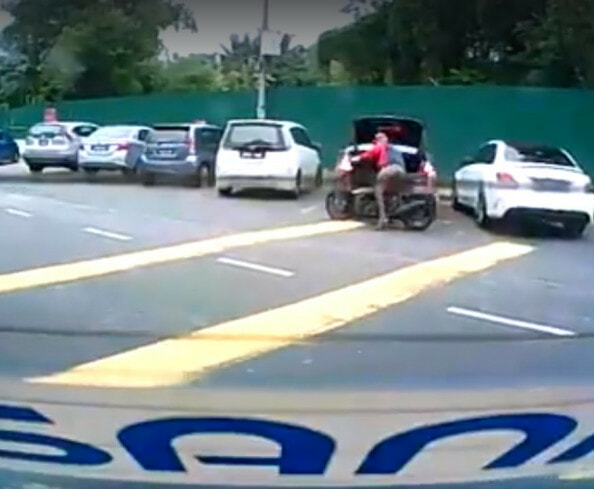 Therefore, this serves as a good reminder to drivers to always lock their car once they get into it as anyone can come at any time and commit their mischievous crimes.

Drivers should make it a good habit to lock the car whenever they get into it, even if the car is parked in a relatively safe place. After all, it’s better to be safe than sorry!