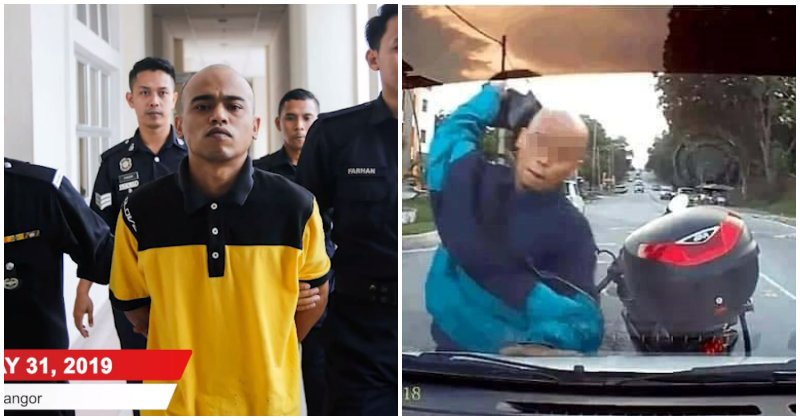 The 31-year-old motorcyclist who has been identified as Danial Abdullah Tan has been sentenced to 12 months jail after the incident where he smashed the Perodua Alza’s windscreen went viral. NST reported that the store assistant pleaded guilty in court today (May 31) and said that the car had almost crashed into him twice which provoked him to confront the driver. With this jail sentence, it is expected that he has to spend Hari Raya behind bars. 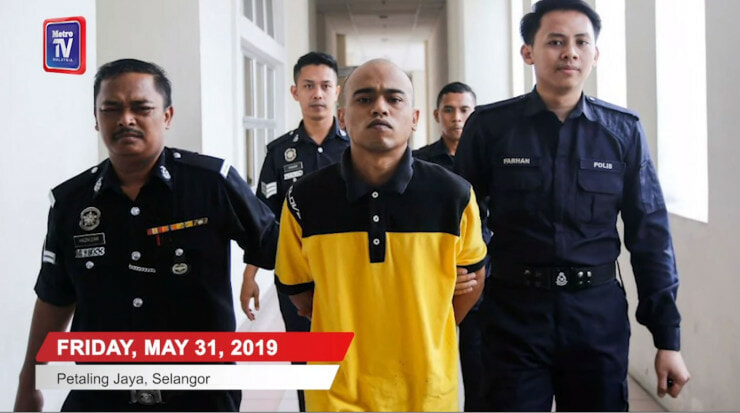 A video went viral on social media recently, showing a case of road rage that was rather shocking and unexpected. From info in the dashcam footage that was posted online, the incident is believed to have taken place at 5.30pm at Taman Bukit Serdang, near Seri Kembangan on Tuesday (29th May). 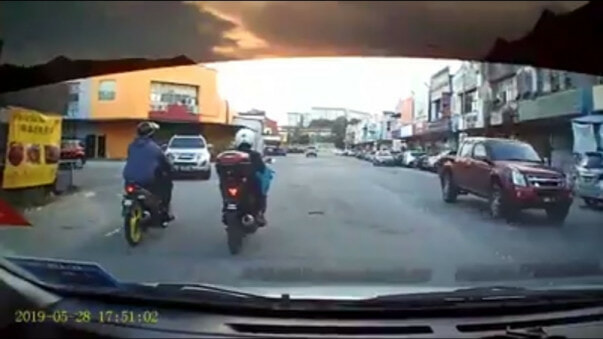 According to Berita Harian, the driver involved in the incident is a 22-year-old woman, who is a bakery assistant. The woman was driving her Perodua Alza along Jalan Kasturi and minding her own business when she met two motorcyclists in front of her car.

They were both riding slowly and appeared to be chatting, which was blocking the woman’s way. She drove along for a while before the road finally widened and she could overtake the two motorcyclists. It appears that she had honked at them before she passed them, but for a few minutes, nothing happens in the footage. 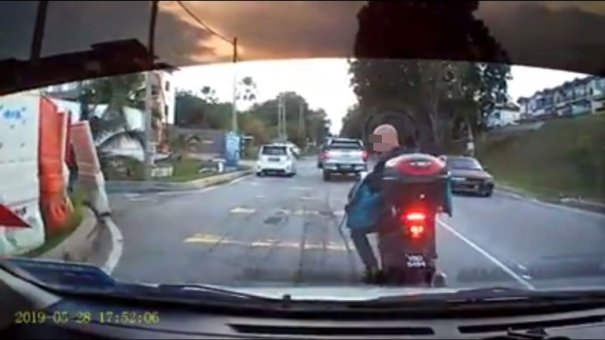 Suddenly, both motorcyclists, who had been chasing her, manage to overtake the woman and come to a sudden stop in front of her car. She had to jam her brakes to keep from crashing into them and one of the motorcyclists, who is bald, proceeds to put down his motorcycle’s kickstand.

He takes his helmet and uses it to smash the Perodua Alza’s windscreen, which shatters extensively. He also appears to be shouting and screaming at the helpless driver who is terrified. The woman lodged a police report after the incident and the police have confirmed the case. 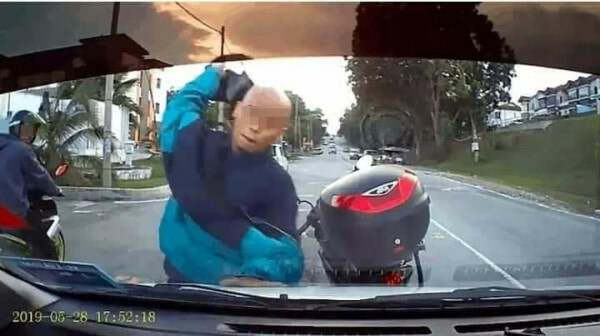 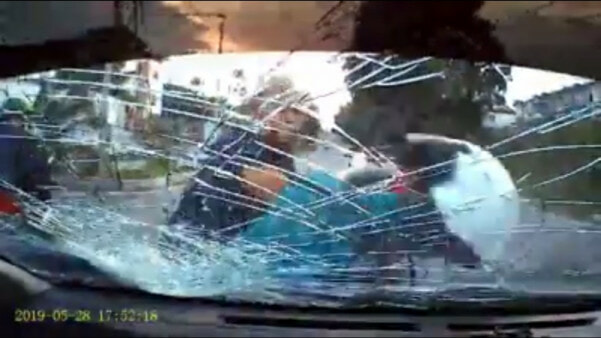 Based on police investigations, it looks like the motorcyclists were furious at the woman for honking at them even though they were the ones who were blocking the road. Sinar Harian reported that the authorities have already identified the suspects and are currently trying to locate the man.

In the latest update to the case after it went viral on social media, the police informed the public that they have arrested the man. Sinar Harian said that the police tracked down the man, a warehouse worker in his 30s, at 3pm today (30th May). They have also seized a motorcycle and helmet from the man for further investigation.

That’s seriously outrageous behaviour and really dangerous too! Hopefully, he’ll get the punishment he deserves! 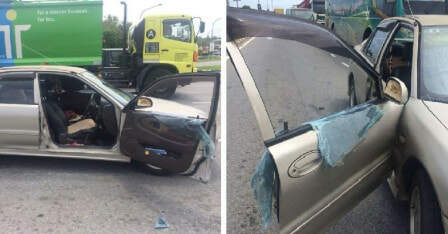