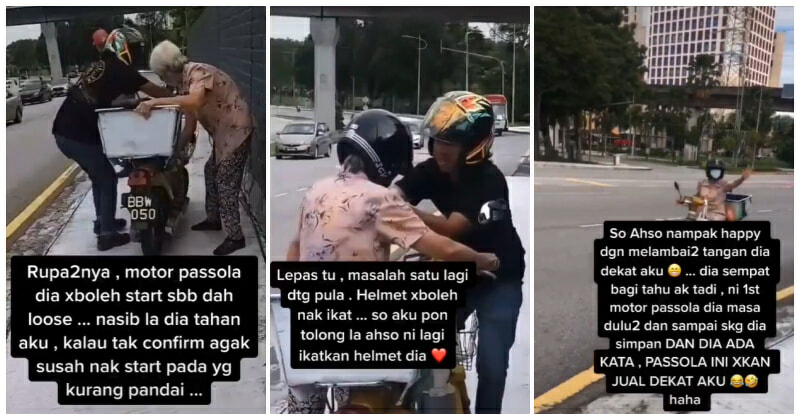 Truthfully, when we help out another person in need or see someone else doing it – it leaves us all with a warm fuzzy feeling inside.

Be it helping an animal cross the street or seeing a group of food delivery riders pushing a stalled vehicle to safety, actions like this show that humanity is still alive and well.

One such action was recently shared on social media when a motorcyclist stopped at the side of the road to assist an aunty who had trouble with her vehicle.

Here is the story.

“This morning, I saw an Ah So waving at me, so I thought that she wanted to call a cab at the time. But weirdly, she was actually waving at a group of riders, and one of them was me.”

“I then realized that she had problems with her old Passola as the starter was already loose. It was a good thing that it was me who stopped as starting the vehicle may be difficult for those who do not know how to work such a bike.” 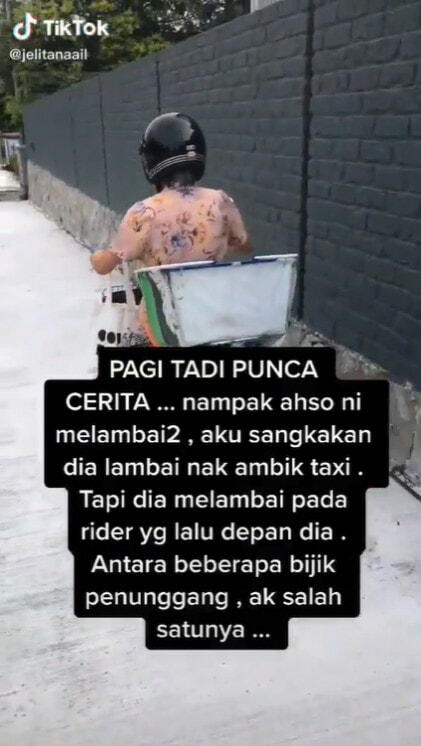 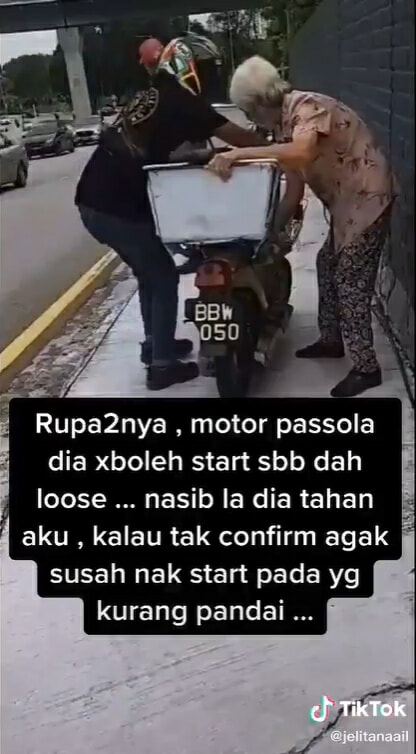 He did not stop there; having successfully started her motorbike, she had problems putting on her helmet, which he too helped out. 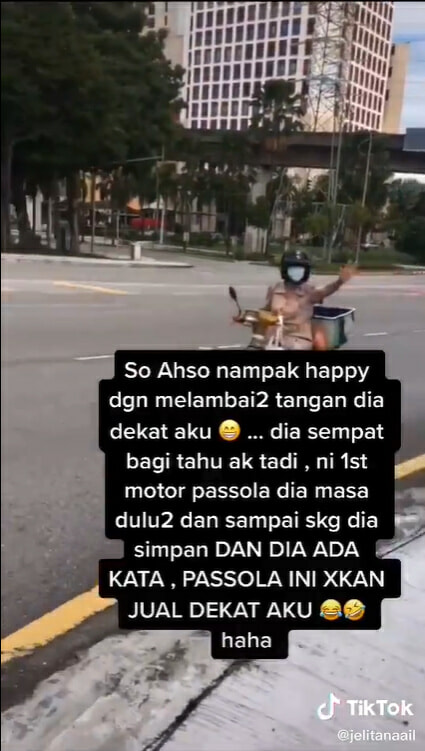 “The Ah So looked happy and waived as she rode off. She explained to me that this was her first bike and would keep it forever. She refused to sell it to me.”

Let’s hope that your actions be made an example of spreading much-needed positivity in these trying times.

Also read: “We can still eat, some people can’t” Penang Restaurant Sets Up Foodbank To Help The Needy During CMCO 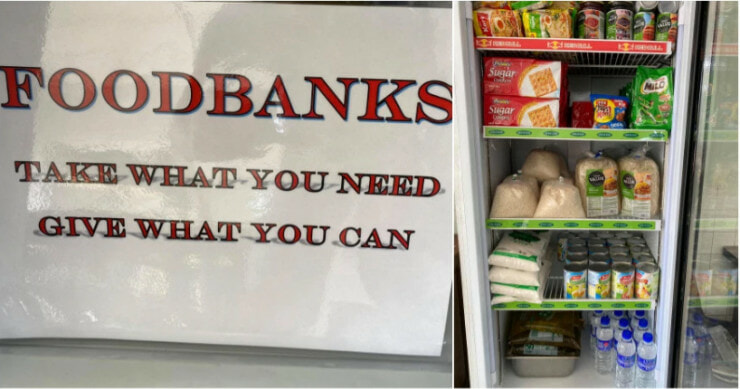