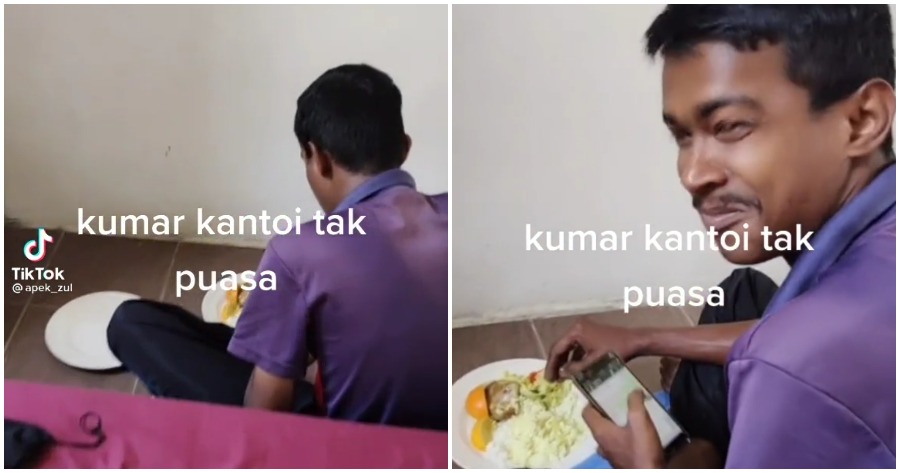 Ramadhan is known to us as that time of the year where our Muslim friends are fasting. While non-Muslims aren’t expected to hide their food or eat privately, it’s encouraging to see how Malaysians of other races show respect towards the sacrifices of our Muslim brothers and sisters.

A recent TikTok video went viral after showing an Indian boy hiding beside his bed to eat as a sign of respect, as his roommates were all Muslim.

The video was posted by a user who goes by the name @apek_zul. It shows his Indian roommate, Kumar, hiding beside his bed, while he eats his food facing the wall.

In the video, @apek_zul can be seen teasing his friend who wasn’t fasting. The two can then be seen laughing together good-naturedly. Kumar’s actions soon became the talk of the town as netizens praised him for being respectful to those who are fasting.

With over 46.1K views, 3,421 likes and 181 comments, at the time of writing, the video’s comments section was left with nothing but positive responses from socmed users. 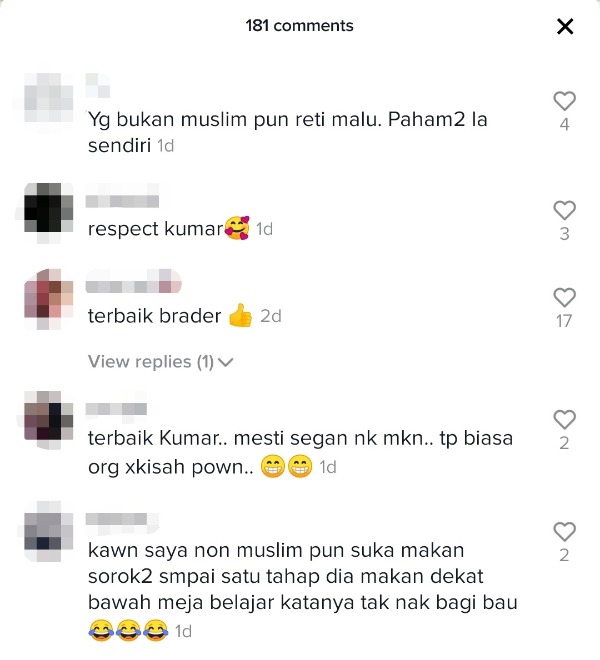 Some users shared similar experiences with their non-Muslim friends. One user said, “My friend is also a non-Muslim. She would eat her food discretely. At one point, she ate under the table because she was afraid the smell of food would travel.” 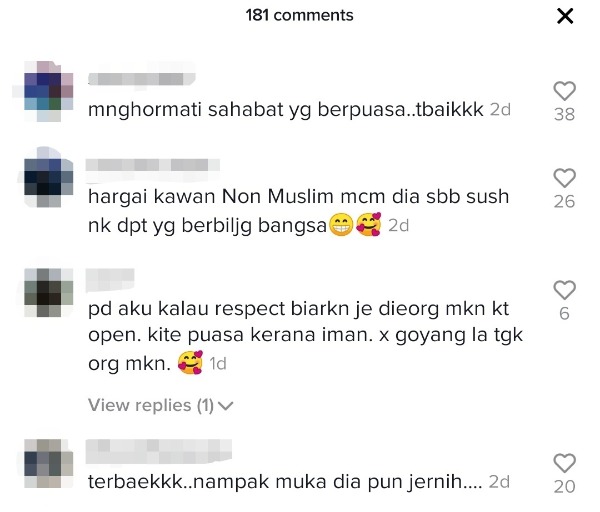 Many saluted Kumar for being a good friend, other comments also stated that it was okay for him to eat his food in the open, as it is understandable that he does not fast.

It may not be a requirement for us to hide eating in front of our Muslim friends but it’s certainly heartwarming to see so many Malaysians being considerate and tolerant of each other’s cultures. What do you guys think of this? 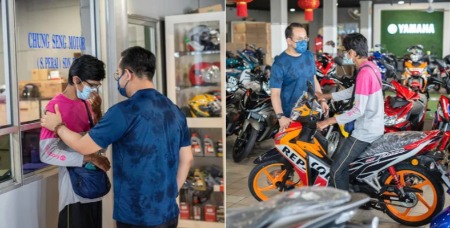