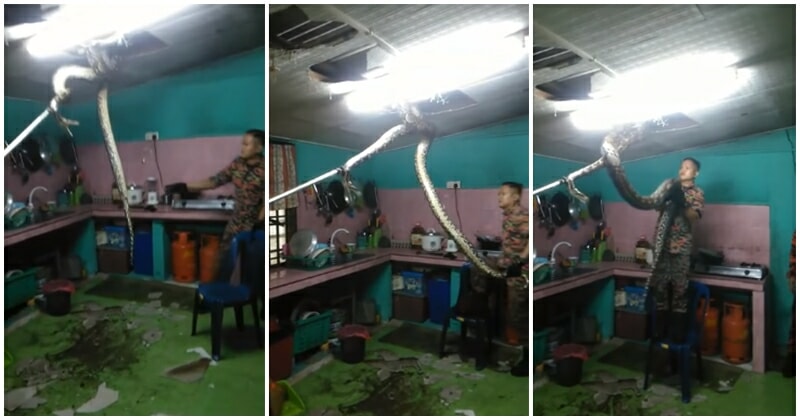 Probably seeking shelter from the harsh weather, a reticulated python scared the bejeebers out of a FELDA homeowner when it took refuge in the ceiling of his house.

The python, which was really huge by the way, was then extracted by abang Bomba.

Taking place at FELDA Sg. Ayong, Johor, here are two videos of the extraction process just to give you an idea of how big the python was.

Shared by Facebook page Community Roda Johor – CRJ, the team of firefighters at the scene expertly located the head of the snake first before freeing the python from the ceiling.

Clearly experts in snake handling, the men managed to successfully pull the snake away from harm.

The video which has garnered more than 80k views show just how much our penchant for development has affected the natural habitat around us. 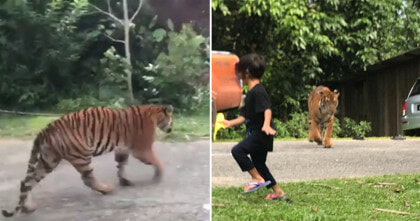 It is not uncommon to see animals that do not belong in the human world roaming in densely populated areas.

Let’s hope that we give these animals their due respect as they too have a place on this earth.

We would like to thank our abang bomba for a job well done and hope that the python is now under the careful care of Jabatan Perhilitan.