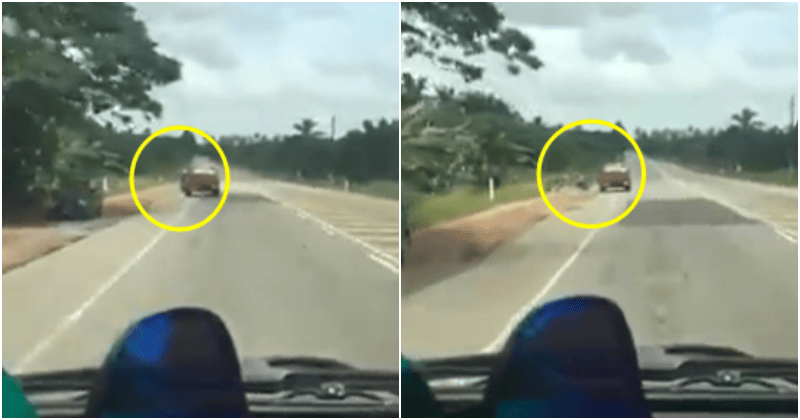 The bystander effect is a real thing. Known as bystander apathy, researchers say that in this situation individuals are less likely to offer help to a victim when other people are present.

This is a situation that is common among members of the Malaysian society today, being they are more likely to watch rather than do something about it.

But in this incident, we’ll let you be the judge.

Facebook page 我们是马来西亚人 We are Malaysians, shared a video of individuals witnessing another driver apparently micro-sleeping behind the wheel in Segamat.

Capturing the whole incident on video, the driver in 4×4 could be seen driving haphazardly on the winding road. Seeing the driver slowing down and speeding up in an inconsistent manner, the passenger in the car behind it began recording the 4×4 throughout the 1-minute and 30-second video.

What happened after that shocked them, as the driver in the 4×4 took out a motorcycle, as the bike was riding side-by-side with the sleepy driver. 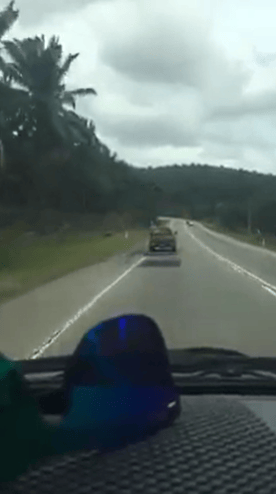 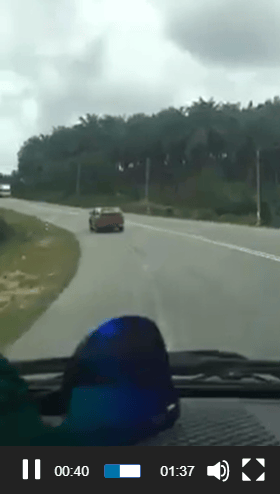 In the play-by-play, both driver and passenger behind the 4×4 witnessed that the driver in front clearly had problems focusing on the road.

It was after realising that the motorcycle had a toddler on it, that panic ensued. 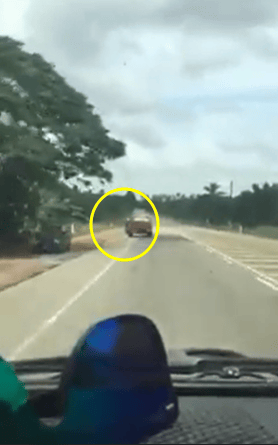 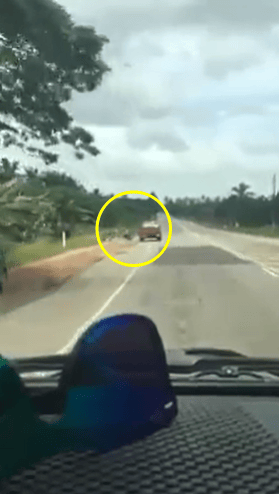 Though the status of the video wrote about a hit-and-run incident, it was not the case as the 4×4 stopped just a few meters away from the incident.

Probably sensing that more could’ve been done to help the 4×4 driver out of his/her snooze, netizens questioned as to why the following vehicle did not honk the sleepy driver awake.

It is probable that they honked the 4×4 driver before the video was taken, but without further details on the incident, our assumption may not stand on solid ground.

We sincerely hope that those involved in the accident walked away from the incident without suffering major injuries, and we pray for a speedy recovery for the victims.

We urge all drivers to know their limits when it comes to driving, and maybe if we are met with a sleepy driver, let’s give the driver a friendly honk to keep them awake shall we? 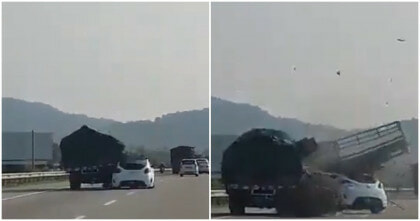