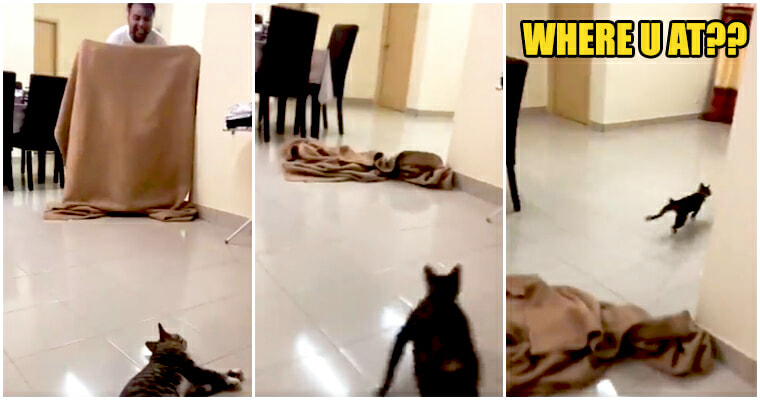 Is this true love?

Panicked, a cat called Chopot immediately sprung up in utter surprise to search for its owner after witnessing his abrupt ‘disappearance.’

The video went viral very quickly as soon as Aizen Kamil uploaded the video of him doing a ‘magic trick’ in front of Chopot on Twitter. Betchu all have seen this kinda magic already. It actually went viral earlier this year with owners trying it on their dogs! Kamil performed the ‘magic’ by standing in front of Chopot with a blanket in his hand, which he then raised to cover his tracks as he rushed to the side before it fell.

The faithful bean was so super shocked by this event that it rushed to look for Kamil.

The video was only 16 seconds but it boomed. With 19.8K retweets, it’s clear that many found Chopot’s reaction adorable.

“Just want to see his reaction.”

The kitty cried weh when it couldn’t find Kamil!

What a clingy cat!

“It’s so scared that its owner would do another vanishing trick that it kept on following him everywhere. Hihi.” 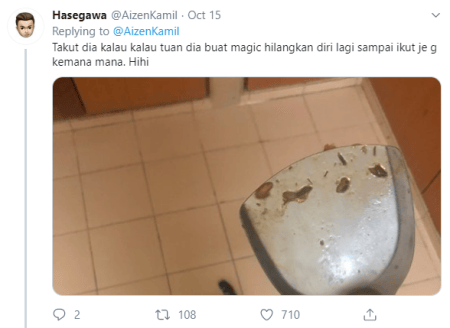 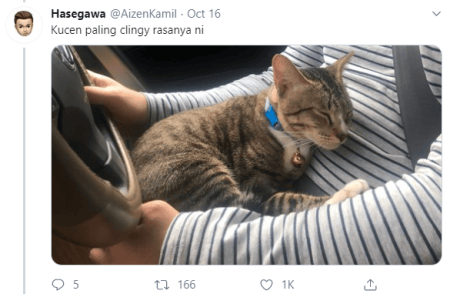 Netizens tried to narrate what was going through Chopot’s fuzzy head!

“Are you scared now? Hahaha.”

“Weh, poor thing, calling out its owner like crazy.”

Why won’t the other cats be just as clingy?

“Weh, I tried it in my cat and it doesn’t work!!! What a bummer, they kept on laying about minding their own business! I’m done! Hahahaha.”

“That a lie!! Definitely a lie! A cat wouldn’t care as much!”

Who would’ve thought a normal domestic cat could’ve drawn this much attention! Chopot is so clingy that we can all agree it’s not really a cat. It’s a doggo in disguise!

Also read: This Cat is Crying Because of Onions Being Cut and Malaysians Can’t Get Enough of It 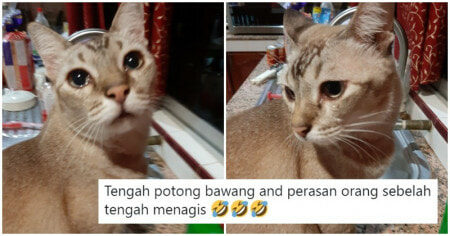