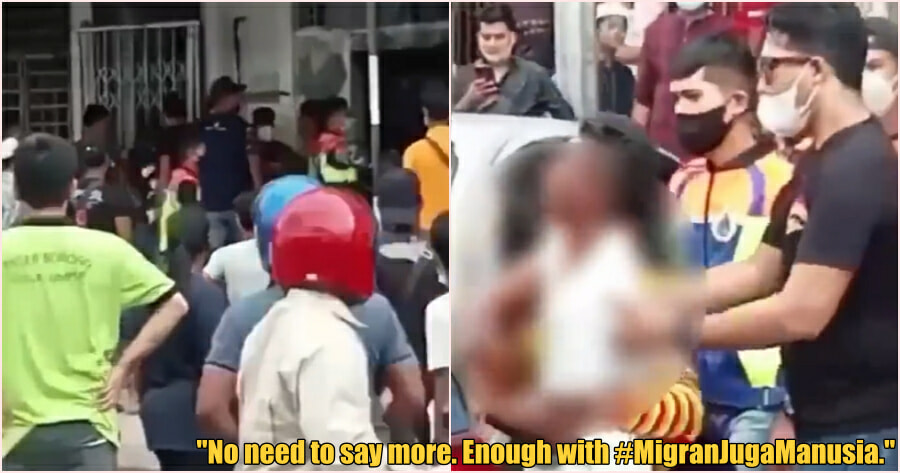 Malaysia is home to people of many different races and religions. It is also the second home of plenty of migrant workers who have left their homes behind in search of better opportunities.

However, Malaysians appear to be divided on the treatment of such migrant workers.

The video highlighted a struggle between a few migrant workers with the officers to the extent that 2 foreign workers tore their own clothes so that they could claim that their clothes were torn by the enforcement officers to avoid being arrested. 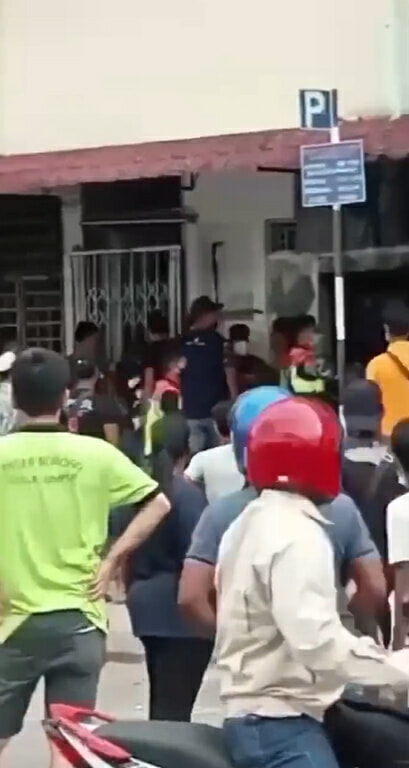 The drama occurred when 2 foreigners were angry with the action of DBKL enforcement officers who confiscated their goods in front of a bank in Pusat Bandar Utara, Selayang near the Kuala Lumpur Wholesale Market.

Sentul District Deputy Chief of Police, Superintendent Heisham Harun, said that the police received a report of an incident of force being used against civil servants while on duty at the location at 6:41pm.

He said the DBKL enforcement officers patrolled the area and saw a man and woman doing business on the sidewalk of the bank.

“The situation became chaotic when DBKL enforcement officers confiscated their belongings but the two foreigners refused to cooperate.” 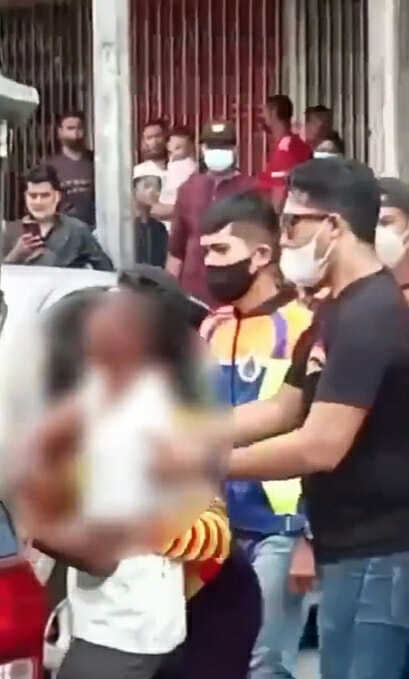 Heisham said that the suspect also uttered abusive words and even spat in the face of a DBKL enforcement officer, besides tearing his own shirt.

Following the incident, a foreign man and woman aged 34 and 38 were arrested at the scene. He added that a check found that both suspects had no records of past criminal offenses.

They will be remanded for 14 days at the Sentul District Police Headquarters (IPD) until 22 April to assist in the investigation.

“The case is being investigated under Section 353 of the Penal Code for using force against a civil servant and Section 6 (1) (c) of the Immigration Act for not having a valid travel document,” he said. 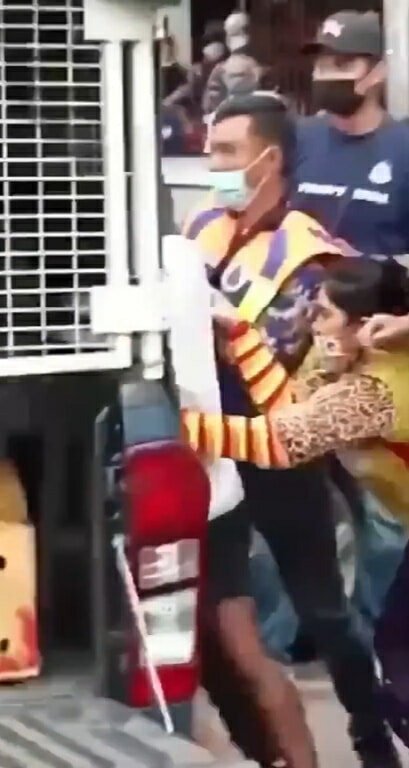 Meanwhile, the video which had been heavily circulated on social media sparked debate among netizens.

Plenty of netizens are of the opinion that this is what happens when we give foreigners rights and care for them too much.

“Where are the human rights people? Come and back them up please,” said one user sarcastically.

Another user said, “No wonder they faced genocide,” in a reference to the genocide of Rohingyas in Myanmar.

Where do you stand on this issue? Let us know in the comments. 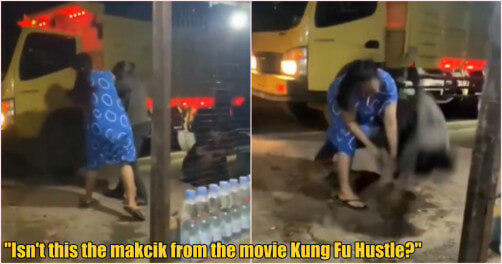